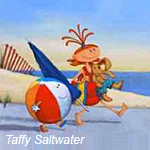 Evolution and CCI Entertainment announced today that they are developing the new animated series Taffy Saltwater, created by Michael and Judy Paraskevas. The agreement will see Evolution provide all licensing and retail development functions globally for Taffy Saltwater and CCI Entertainment will work with Evolution to guide brand development as well as exec producer and distributor.

Slated for a 2014 launch, the new animated series targets children ages four to eight and is centered on a vivacious girl named Taffy Saltwater and her comical collection of beach buddies. The series encourages imaginative play and models positive writing skills through dynamic and compelling age appropriate stories and relatable characters with a huge dose of humor added to the mix. The lead character’s storytelling will  also encourage kids to write stories about themselves, and share their own adventures with friends via their own blogs.

The series is anticipated to have a 2014 TV launch, with products at specialty retail in summer 2014 and mass retail in the fall. Key licensing categories will include toys, dolls, figures, play-sets, apparel, accessories, swimwear and seasonal merchandise such as beach toys and towels.

Michael Paraskevas previously partnered with his mother Betty, co-authoring and illustrating 22 children’s books over 15 years. The duo also created and executive produced such popular children’s animated series as Maggie and the Ferocious Beast for Nickelodeon, Marvin the Tap Dancing Horse for PBS and The Kids from Room 402 for then Fox Family Channel. They also produced and created The Tangerine Bear as a home video Christmas Special.

“Evolution and CCI Entertainment together provide the perfect blend of talent to bring this story to life in animated form, and nurture it all the way to the retail shelf through licensing partnerships that support the brand message,” said Michael Paraskevas. “We are confident that through their collective efforts, Taffy Saltwater will delight millions of young fans through every medium.” 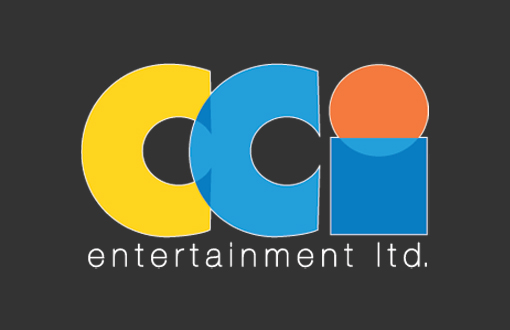