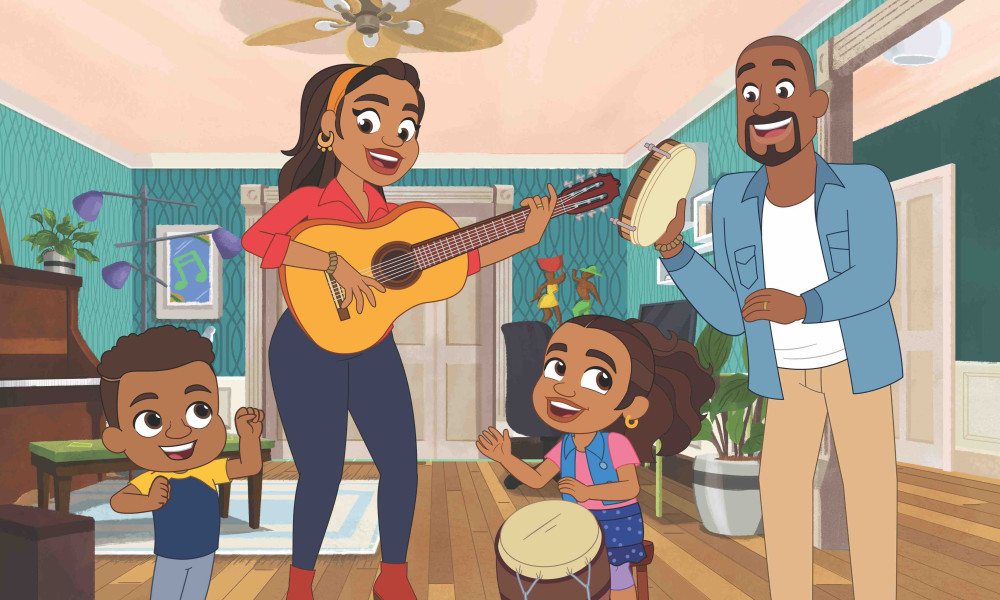 Anyone who grew up watching Sesame Street has beautiful memories of actress Sonia Manzano’s dynamic presence as the character Maria on the show from 1971 to 2015. The 15-time Emmy-winning writer/actress/singer-songwriter, who also wrote for Sesame Street and the animated series Little Bill, will return to the PBS and the children’s entertainment world this month as the creator of the series Alma’s Way. 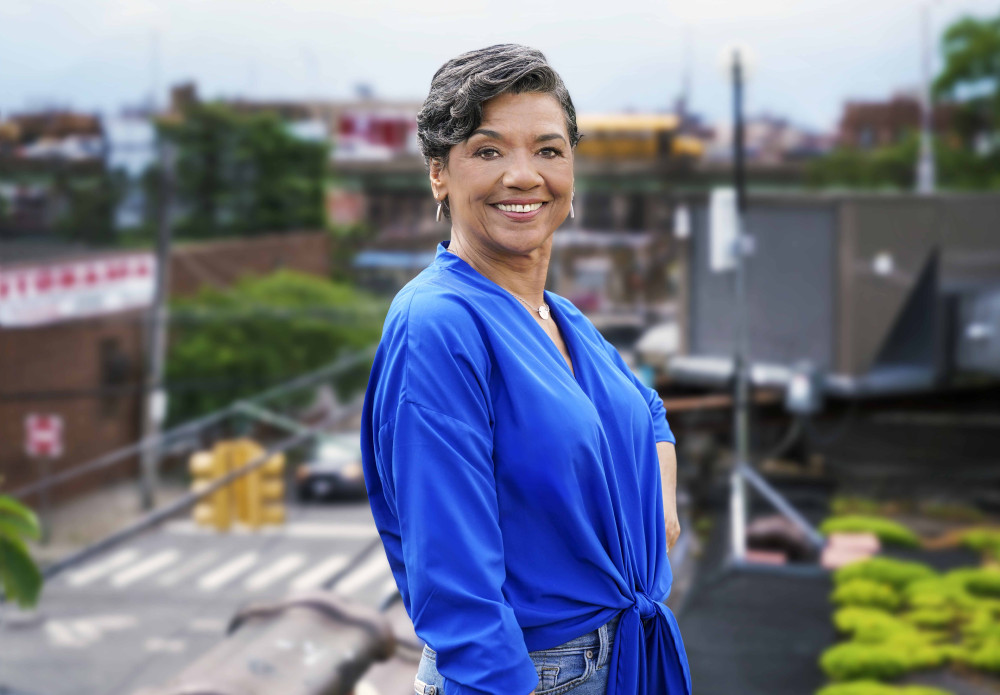 The beautifully animated show, which is produced by Fred Rogers Productions, follows the adventures of six-year-old Alma Rivera, a confident Puerto Rican girl who helps kids recognize their own power to come up with solutions to their problems.

Manzano tells Animation Magazine that she started thinking about the idea for the show back in 2015 when she was still on Sesame Street. “Linda Simensky [head of content at PBS Kids] asked me to create an animated show based on my own Puerto Rican background and to have Alma be a Nuyorican girl who is raised in the south Bronx neighborhood, just as I was,” she recalls. “Animation was a new format for me to work in because I had only worked on the live-action parts of Sesame Street. I learned that it’s a much longer, more labor-intensive process than what I used to. But I found it all fascinating.” 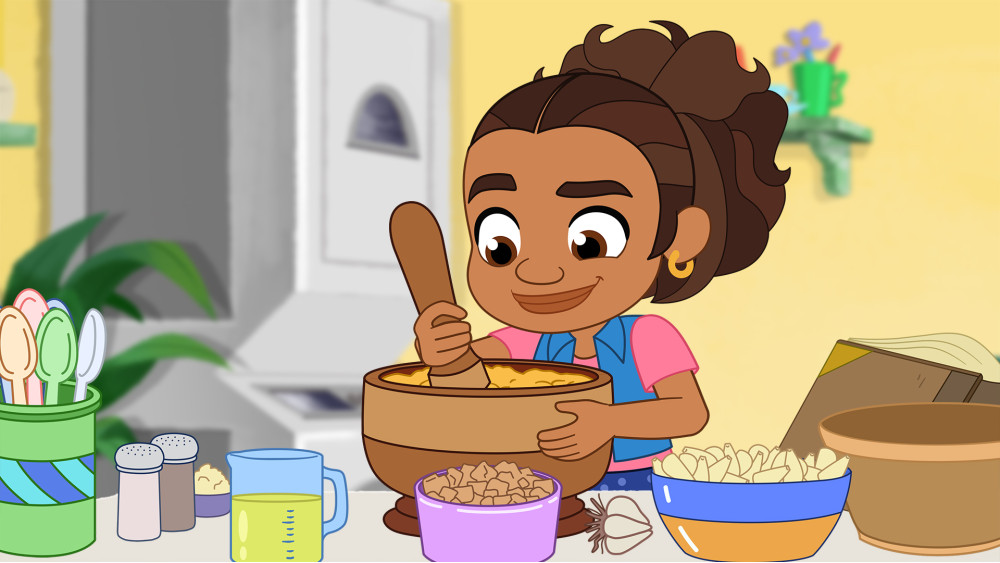 Manzano, who broke ground as one of the first Latina actresses on national TV, says Alma reminds her of herself as a young girl. “She is just like I was, but better and nicer!” says the actress. “She’s curious, inquisitive and likes to think things out. She finds refuge in her mind, and that’s what I wanted kids to take away from our show.”

As the show creator, Manzano says she loves the fact that animators are able to tell a different story than what’s written on the page. “They can embellish things and make something really come to life,” she notes. “For example, when a toy falls down the stairs, it doesn’t just simply land, it bounces around a few times until it finds the right spot. When one of our characters, Junior, loses his tooth, the animators show him with his face pressed against the sofa cushion. That visual brings out the story in a special way.” 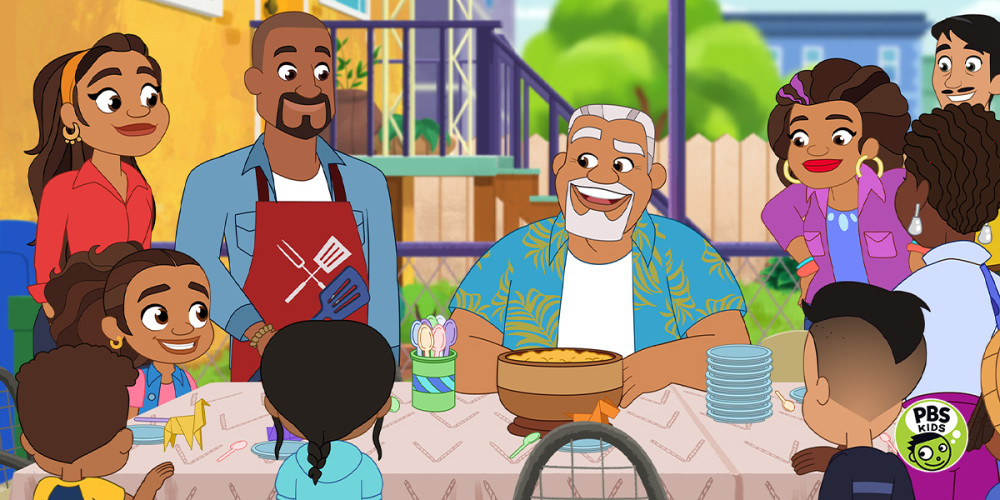 One of the aspects of the show that really stands out is how lovingly the creators have interwoven storylines and characters that truly represent the Bronx’s multicultural community. “Back when I was growing up in the Bronx, it was really a Puerto Rican ghetto, but now the neighborhood is a lot more diverse. You have bodega owners who are from the Middle East, so we have a family from Bangladesh on our show who own the grocery store. We have African-American characters from the North and the South. We wanted to represent everyone  through their music, their food, their culture. Alma’s family are shown eating mofongo and they dance the bomba. The Bangladeshi family will play music from their home country, etc.”

The show’s executive producer Ellen Doherty, who is also the CCO of Fred Rogers Productions, says she’s pleased to see representation and diversity growing in the world of TV animation. “We still have room to grow and that’s why we wanted to focus on this Puerto Rican family and show the diversity of New York City throughout the series,” she notes. “A lot of the show is based on Sonia’s experiences growing up in the Bronx. We also have a diverse team of writers and advisors working on the show. Alma’s good friend Rafia is from Bangladesh, Alma’s cousin Eddie has cerebral palsy — and these are people who are based on people from Sonya’s own life. We wanted to give a lot of attention to how we portray Eddie and how he walks with braces.” 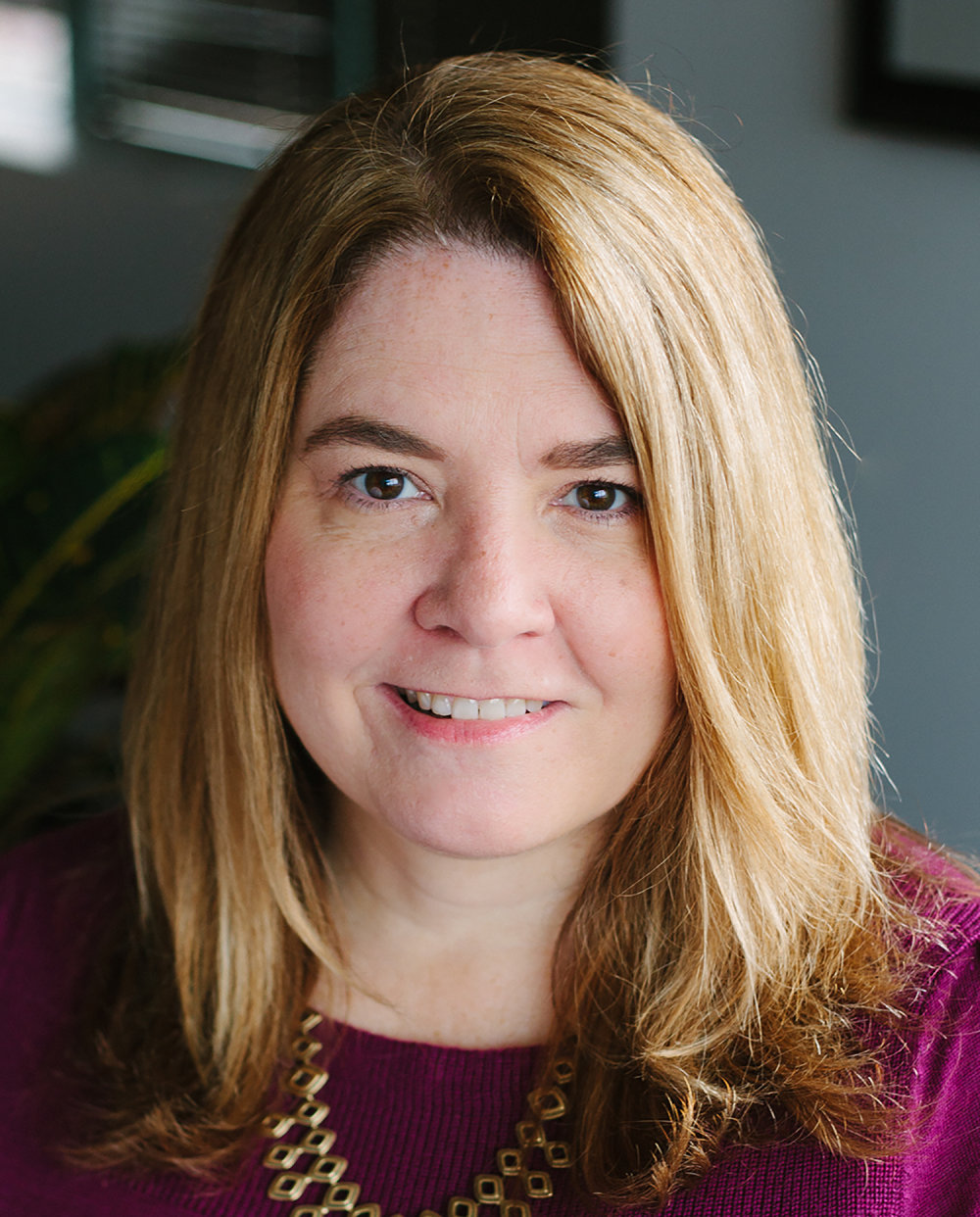 “The show was designed to help kids learn to think for themselves and take into consideration the perspectives of those around them,” adds Doherty. “As Alma thinks things through, she models self-advocacy, empathy and social awareness. She’s a smart kid with a big heart — we hope young viewers will think she’s way, way, way fun to watch!”

The show’s animation is produced by a team of over 60 people at Canada’s Pipeline Studios in Hamilton as well as remote artists based in Medellín, Colombia and Santiago, Chile. The studio uses Toon Boom Harmony, Maya, Nuke and Photoshop, all managed through Banzai, Pipeline Studios’ internally developed asset management system.

Doherty says she is very pleased with what the artists and animators at Pipeline have been able to deliver for the show. “A lot of animation in the non-verbal sequences, where you see how the parents are communicating or sitting with their children are really crucial in a show like this, but Pipeline has been amazing. The rig for Alma’s face, for example, can have 100 points on it, which allows for such a wide range of expressions. It’s phenomenal to see that which really brings down the number of notes we need to give, because everything starts at such a great place.” 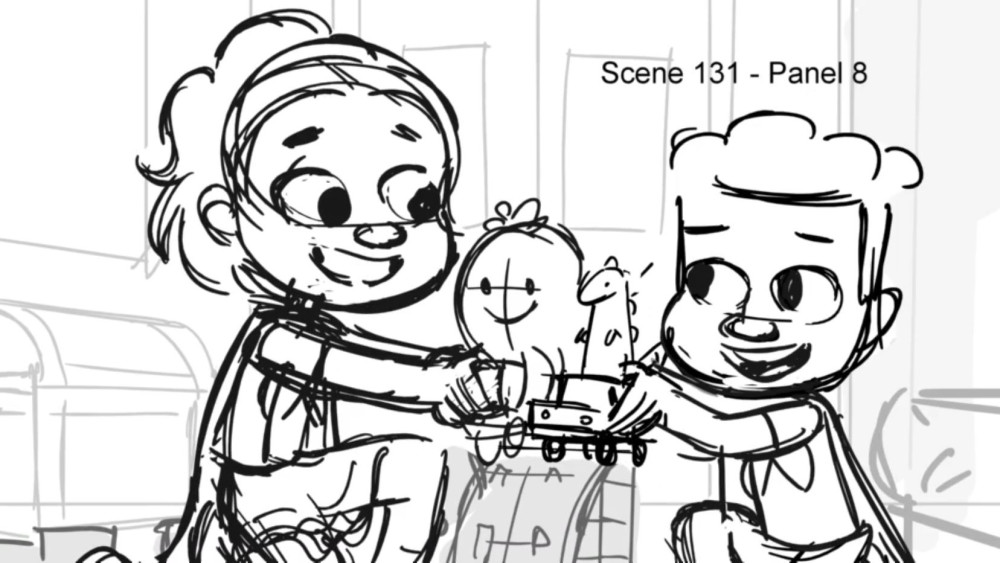 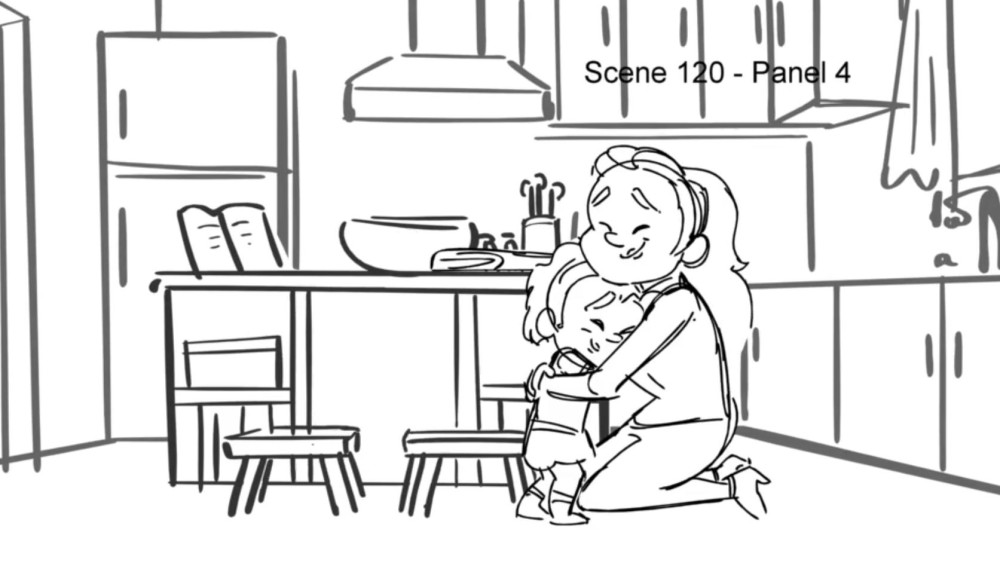 Capturing the Beat of the Bronx

The producers also strove for authenticity in the designs of the neighborhood. “What I saw in a lot of the other animated shows were a lot of wonky angles and chunky buildings, as if they were made out of playsets,” says Doherty. “We wanted to be different from that. Fortunately, I discovered the work of our designer Ileana Soon at the CTN eXpo one year. She’s originally from Indonesia, but she lives in L.A. I loved her vibrant, colorful palette, and thought that she really reflected the colors of a New York neighborhood. The colors also reflected Alma’s bright, saturated Caribbean roots. So, we were very happy to have her come up with the concepts for the show.”

Of course, a show about a modern Puerto Rican family needs to have great music, too! The original theme song for Alma’s Way was written and produced by Puerto Rican superstar Lin-Manuel Miranda (Vivo, Hamilton) and Bill Sherman (Nature Cat, In the Heights), and is performed by Flaco Navaja and Summer Rose Castillo, who voices Alma. The show’s music is composed by Asher Lenz, Stephen Skratt and Fabiola M. Mendez.  “Music is one of the most fabulous parts of our show,” says Manzano. “Lin wrote wonderful lyrics and combined rap and salsa and bomba, and Bill Sherman was able to meld different kinds of musical styles for our theme song. Fabiola put a special Latin flavor in all of the musical cues, too.” 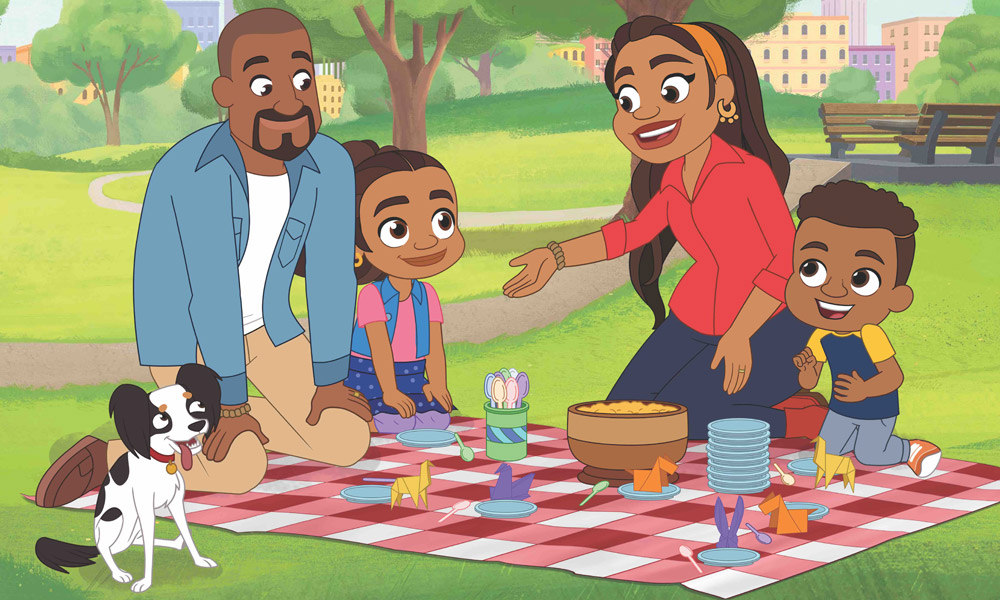 Both Doherty and Manzano hope kids will be entertained by Alma’s fun adventures. But they also hope it moves the culture forward in terms of authentic representations in animation. As Manzano points out, “I used to love watching Looney Tunes on TV. That’s how I first learned about classical music! I also loved Disney’s Fantasia, Dumbo and Cinderella. Those were brilliant animated movies, but you know what? There were no people of color in them. When I was a kid, we didn’t see people who looked like me in animation or live-action shows. I hope everybody can celebrate the diverse cultures that we are representing in our show in a humorous way. I also hope kids also learn to trust themselves — and to laugh, as well. Because we also insisted on the show to be funny!”