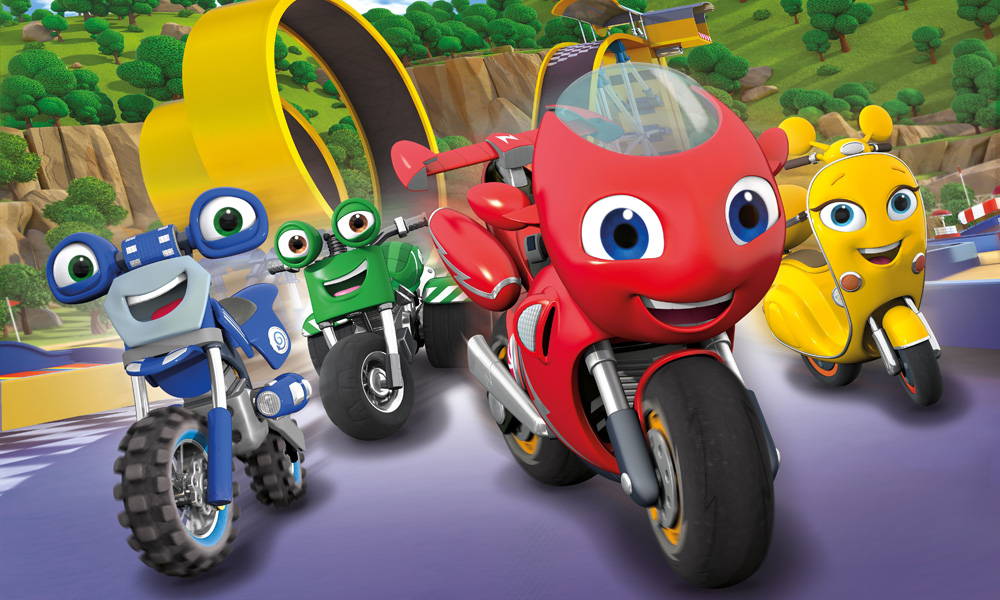 Entertainment One (eOne) is revving up for the U.S. broadcast launch of its new CGI preschool property Ricky Zoom, with Nickelodeon in gear to launch the series on September 9. Youngsters in the States will now get to meet the little red motorbike and his funny, adventurous friends and neighbors in Wheelford — a town made just for bikes!

“The U.S. will play a key role in the rollout of Ricky Zoom around the world,” said eOne’s Monica Candiani, EVP International Content Sales, Family & Brands. “Securing a broadcaster of this calibre in this crucial market is a reflection of the high quality animation and storytelling that people have come to expect from an eOne show and we’re delighted to strengthen our long standing relationship with Nickelodeon.”

As anticipation builds for the broadcast launch, eOne is also readying the release of the brand’s first official app, which will launch in line with broadcast dates to give fans the opportunity to engage with the characters between episodes. Ricky Zoom: Welcome to Wheelford will feature lots of fun mini-games and interactive playgrounds so kids can explore the new and wonderful world of Wheelford.

Ricky Zoom is produced by eOne, Frog Box and TeamTO in coproduction with Maga Animation.