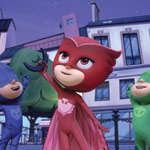 Entertainment One has signed a new free to air broadcast partner for its popular preschool superhero show PJ Masks in Australia. The series will make a new home on ABC Kids, starting July 3, just in time for a consumer products launch in the country timed for this summer.

PJ Masks originally premiered in Australia in March 2016 on Disney Junior, and is a top-rated show on the channel. It will now broaden its reach with ABC Kids, which also airs eOne’s Peppa Pig and Ben & Holly’s Little Kingdom.

“We’re thrilled that the adventures of the PJ Masks will be watched in more homes across Australia when the show launches on ABC Kids,” said Monica Candiani, Head of International Sales for eOne. “Around the world the show’s fan base continues to accelerate at a remarkable pace and we see tremendous potential for the property in Australia. ”

To complement the on-screen success, eOne has lined up a strong team of Aussie licensees, with 15 partners on board for key categories including toys, games, dress up, publishing, apparel, back to school and partyware. Just Play’s master toy line — including action figures, play sets, vehicles, plush, dress up and role-play items will be distributed to retail by The Brand Exchange in August. 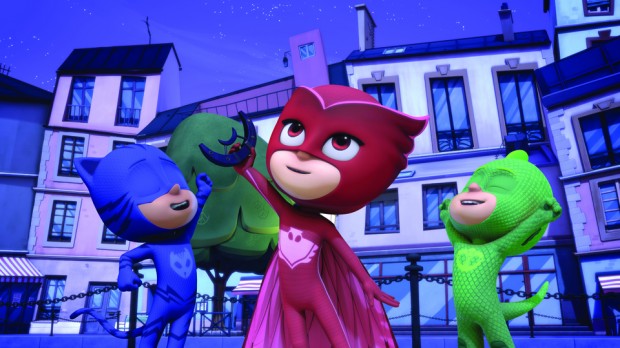