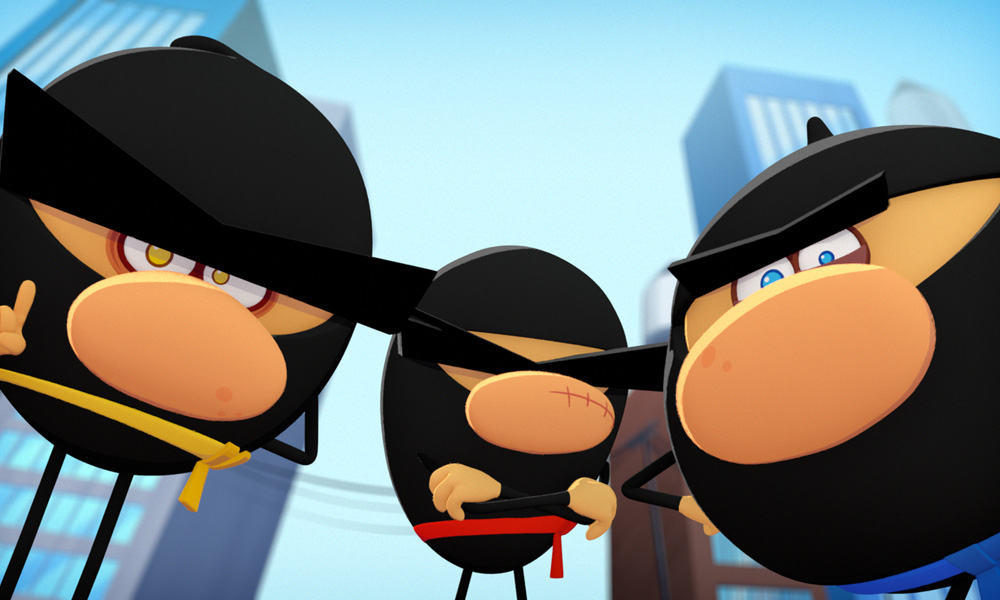 “We are so proud to share Ninja Express with kids around the world,” said Olivier Dumont, President of eOne’s Family Brands division. “The show balances the ultimate mix of over-the-top humor with real heart and we are confident that people will fall in love with our three colorful ninjas – Aka, Kiro and Konpeki. The teams at Creative Conspiracy and Frogbox truly created something special with this show.”

Imagine a delivery service that delivers anything, anywhere and anytime. A delivery service that’s not restricted by the limitations of time and space. And to top things off, imagine it being run by three little Ninjas! Kiro, the Yellow Ninja, has the uncanny ability to look through space and time; Konpeki, the Blue Ninja, has the amazing power to travel through space and time; and Aka, the Red Ninja, comes in very handy — he can temporarily reduce the size of any object by inhaling its mass.

So, imagine you want to have a dinosaur delivered at your doorstep: Kiro can pinpoint exactly where and when to find a dinosaur, Konpeki can get to that dinosaur you need so badly and Aka can, well, shrink that dinosaur to deliver it to your apartment on the 25th floor! Easy! Whatever, wherever, whenever. Just call Ninja Express! 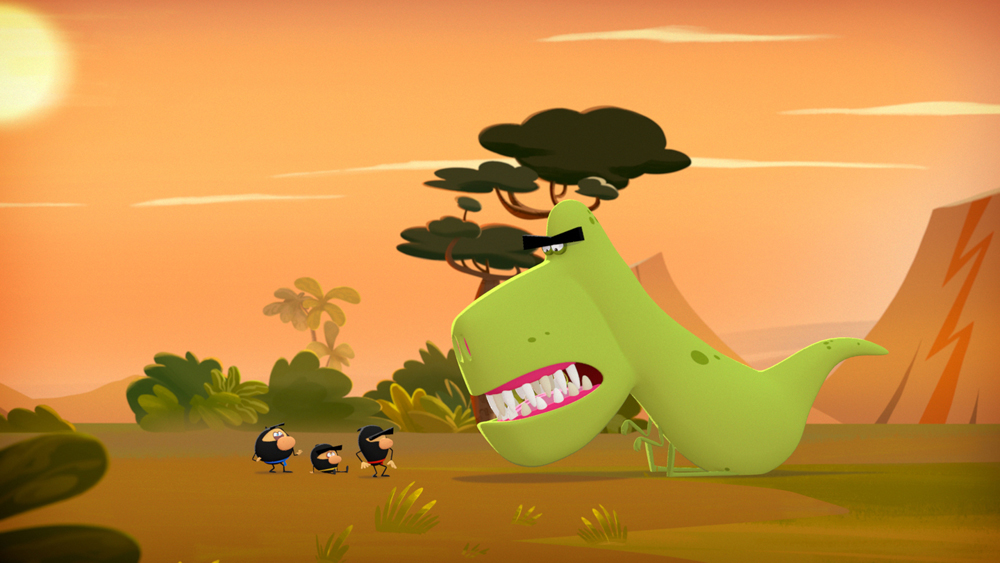 “We’re really excited to bring Ninja Express to audiences everywhere,” said Peter Decraene, partner at Creative Conspiracy. “The show was really fun to create and produce. We are thankful for having such amazing broadcasters on board and are very happy that kids all over the world will now get to know our little ninjas and join them on adventures as they travel through space and time!”

Ninja Express is set to premiere on WarnerMedia’s Boomerang (EMEA, APAC, LatAm) and Ketnet (Belgium) on July 1 and CBBC (U.K.) on July 3, with Gulli (France) and Huace (China) following later in the year. 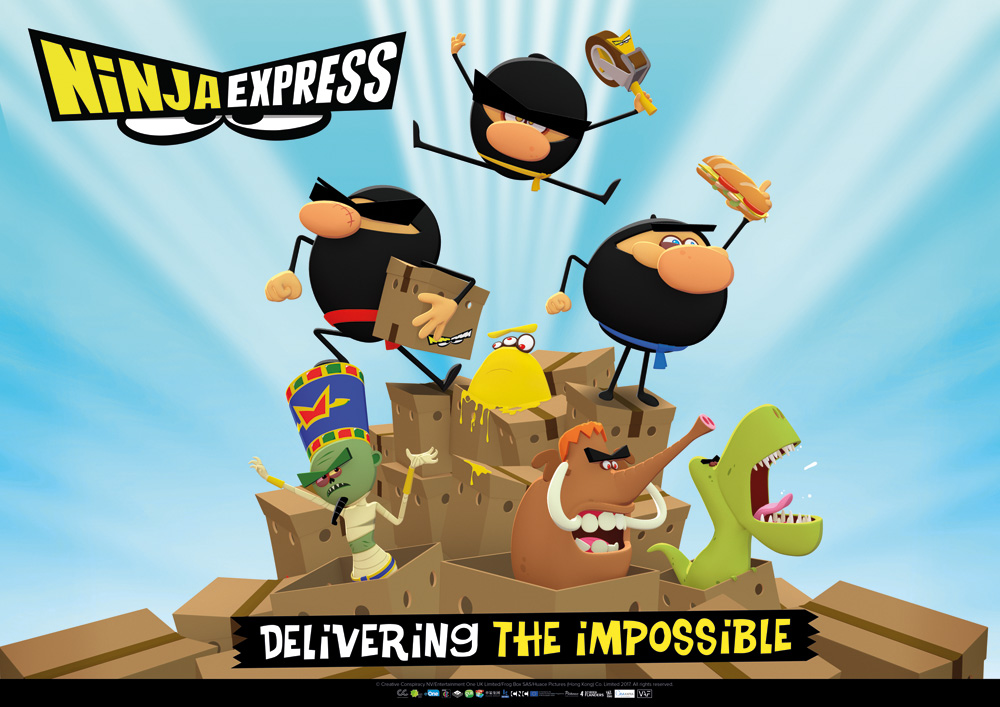 Heritage Breaks $2.1M Record with Huge Anime Art Auction
‘The Summit of the Gods’ to Ascend at the Cannes Festival