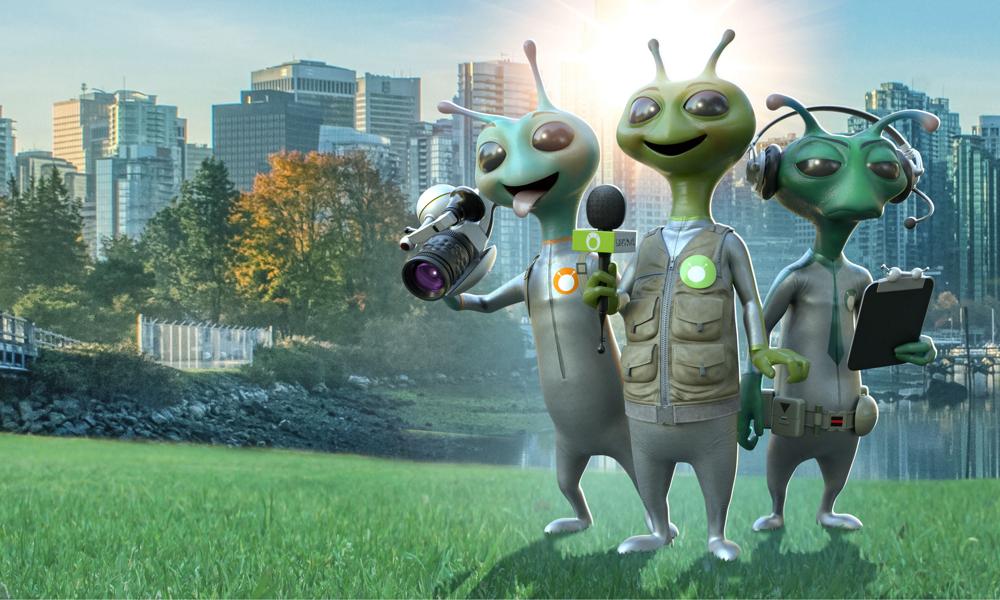 Alien TV, a new hybrid animation kids & family comedy series, is set to make its global premiere on Netflix later this summer, and on Australia’s free-to-air Nine Network in June.

Co-produced by Entertainment One and POP Family Entertainment, in collaboration with Netflix for global release. The Nine Network commissioned the series in Australia, produced with financial support of Create NSW. Alien TV will launch with 26 half-hour episodes, targeted at kids aged 6-11 years and their families. The series follows the slapstick misadventures of an extra-terrestrial television news crew as they try to understand the wild, baffling and sometimes just-plain-weird life on a newly discovered planet called… Earth.

Brilliantly combining real world imagery with high-end CGI animation, the Alien TV news crew lands on Earth to unravel the mysteries of this strange new world and report back to their curious alien audience. Their attempts at understanding human behaviour descend into chaos as they misinterpret everything they see – with unexpected and hilarious consequences.

“Alien TV is a great example of what international co-productions are all about,” said POP Family Entertainment CEO and Alien TV Producer Carmel Travers. “I am thrilled that through Netflix and Nine, this irreverent comedy will be beamed worldwide giving audiences everywhere a funny look at the world – as ‘aliens’ might see us.”

“Our new show, Alien TV, takes recognisable situations and transforms them into side-splittingly hilarious visual gags that have an instant and universal appeal for both kids and parents,” said eOne’s Olivier Dumont, President, Family Brands. “Alien TV demonstrates our ongoing commitment to bringing audiences high-quality, original kids programming on the very best platforms and we really believe it has the potential to be a big hit when it debuts this summer.”

Out Now: ‘Sound! Euphonium: The Movie – Our Promise: A Brand New Day’
Richard Adams Estate Wins Back ‘Watership Down’ Rights