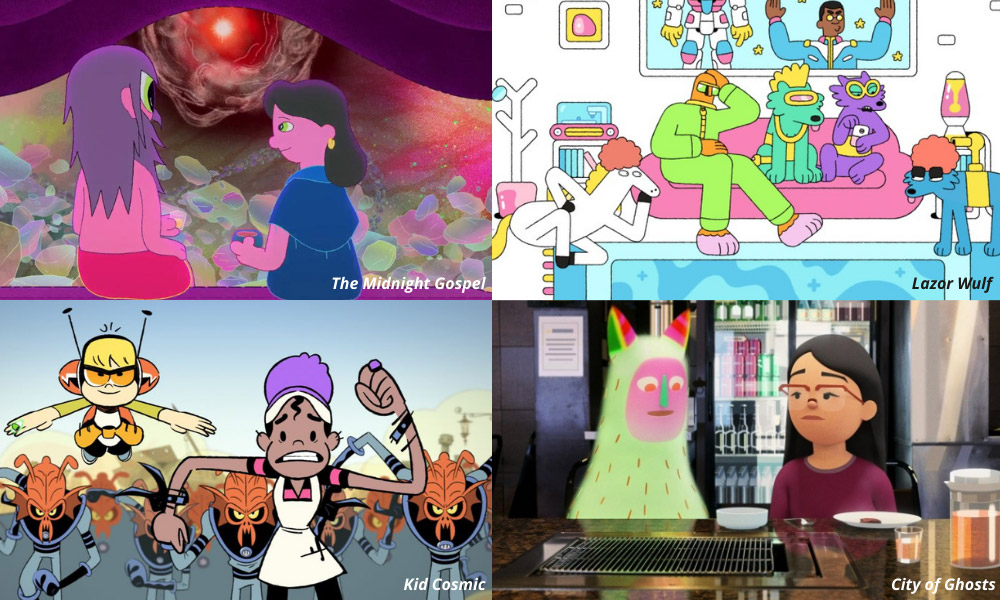 ***An abridged version of this interview originally appeared in the June-July ’21 issue of Animation Magazine (No. 311)***

Just in time for the 2021 Emmy season, we chat with acclaimed TV critic Robert Lloyd about the current state of TV animation and other toon-related topics.

Animation Magazine: Looking back at 2020 and early 2021, can you tell us which new animated shows managed to impress you and why?

Robert Lloyd: I have so much television to keep track of that I’m often late to the game when it comes to animation. But I loved The Midnight Gospel from Pen Ward and Duncan Trussell, and Elizabeth Ito’s City of Ghosts, which are highly personal and stunningly original, though both are built around interviews with real people. They’re really among the best things I’ve ever seen on television. 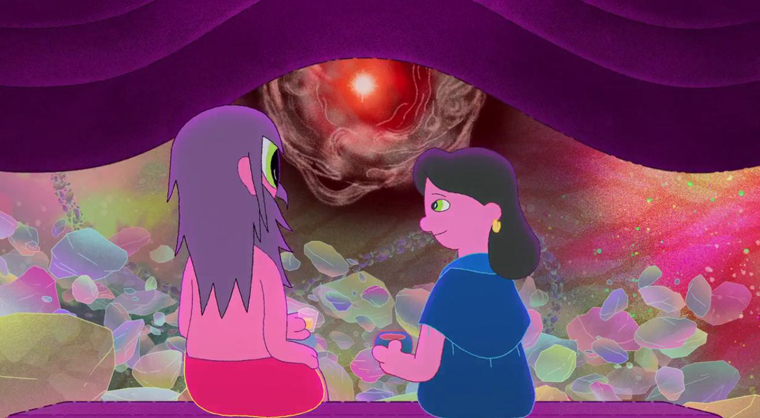 Craig McCracken’s Kid Cosmic is a delightful, desert-set serial adventure comedy about a pack of accidental superheroes, including a toddler and a senior citizen, fending off alien invaders. The drawing, which might be described as sketchbook naturalism, is full of incidental detail – it reminds me of Studio Ghibli films like From Up on Poppy Hill or Whisper of the Heart – and the seasonal story arc lets story and gags unroll at a slower pace and over longer stretches than the 11-minute stories McCracken has previously told. I also liked Central Park and Star Trek: Lower Decks, and need to spend some time with Birdgirl and The Great North. 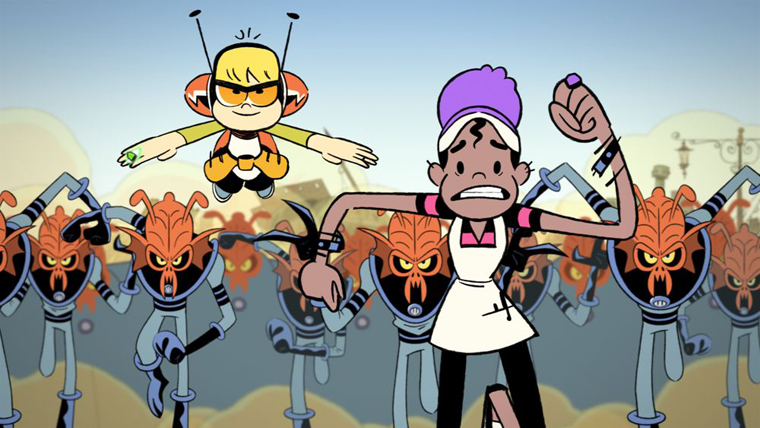 This past year has been an especially rich period for shows featuring diverse characters and culture. Which ones stood out for you?

City of Ghosts is set amid minority cultures and subcultures in the real places of Los Angeles, including Boyle Heights, Leimert Park, Little Tokyo and Venice, and uses the voices, memories and observations of real residents, recast as ghosts, and interviewed by a kid team of paranormal investigators. It’s about how the past informs the present, and possibly the future, with a luminous photo-based look, and an attitude of joyful melancholy. It’s also maybe the best show ever about L.A. And though it first appeared in 2019, the second season of Henry Bonsu’s Lazor Wulf arrived at the end of 2020; it’s a simultaneously busy and leisurely afrofuturist small town surrealist sitcom whose cast includes wolves, a horse, humans and God, with a clean, geometric look that embraces flatness. It comes in from someplace outside the usual cartoon lineages.

Which shows do you think need to be praised for taking chances and offering beautiful animation as well as memorable characters and writing?

Everything by Craig McKracken, who is very much in touch with his inner child. Shadi Petosky’s Danger and Eggs, with its themes of risk and inclusiveness; I like its delicate line as well. Home: Adventures with Tip & Oh had great knockabout energy and bold visuals. Anything from the Adventure Time diaspora – Rebecca Sugar’s Steven Universe, Ian Jones-Quartey’s O.K., KO! Let’s Be Heroes, Julia Pott’s Summer Camp Island – these series can be a little strange, and occasionally very deep, but I think the best cartoons for children aren’t necessarily “made for children.” (And the best cartoons that are actually aimed at children are the ones that also work for adults, which I suppose is another way of saying they’re made for the people who make them.) It’s good to see things that are challenging and mysterious, or smart and satirical, when you’re young, things that you understand imperfectly but that make you want to know more. Being talked down to just keeps you down. Classic Looney Tunes, The Simpsons, Adventure Time — they make for a healthy diet. 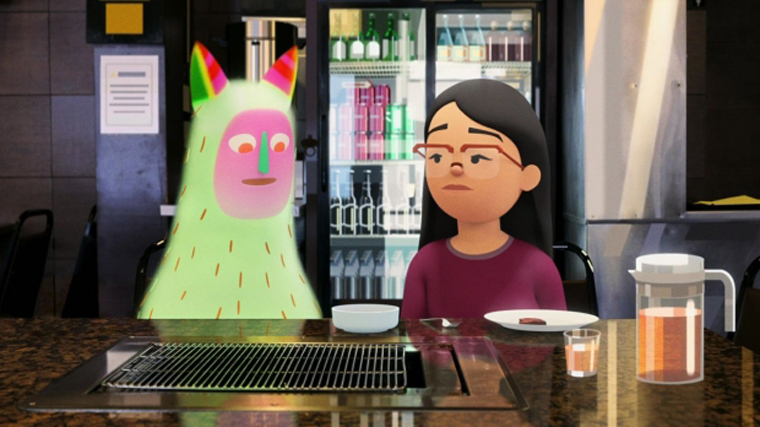 Certain shows like The Simpsons, Bob’s Burgers, Rick and Morty and Robot Chicken seem to have cornered the Emmy Awards market year after year. Why is that?

All awards are reductive by nature — they represent the intersection of what the voting body is likely to have seen and what’s likely to appeal to a wider range of tastes. People also tend to vote for things they’ve never actually seen but have heard of — and all voting bodies, including the one we all belong to as citizens, can be a little lazy when it comes to doing their homework — so big name shows will dominate for years. This happens with the Emmys and live-action series, as well. And there’s a kind of old and new media loop that pushes certain things forward into view and leaves others by the wayside. That’s not to say those shows aren’t good. Whatever you think of The Simpsons nowadays, really terrible shows rarely get trophies. It’s just math that more great work will be passed over than rewarded; that’s why I put no stock in awards. Any awards.

How do you feel about reboots of older favorites like Animaniacs, Looney Tunes, Rugrats, DuckTales, Muppet Babies, etc.?

I’m not particularly a fan of reboots, though sometimes they produce interesting, or even historically important results – Ralph Bakshi’s Mighty Mouse: The New Adventures kick-started the creator-division, historically allusive, slightly subversive cartoon renaissance of the 1990s. Lauren Faust’s My Little Pony: Friendship Is Magic, made something special out of a franchise made to sell toys. And, of course, Space Ghost Coast to Coast is the greatest reboot of all time. (Honorable mention to Harvey Birdman, Attorney at Law.) But there was some vision there, not just hauling some old characters back out of an inkwell you happen to own. I would rather see something completely new and surprising.

In a sense, though, cartoons reboot all the time. I grew up on the King Features Popeyes along with earlier Fleischers, and though they were obviously very different, I liked them both. The Simpsons has changed over time, just by virtue of its having been around so long, with different writers and animators; the first season is another show altogether. There’s a lot of distance between the Bugs Bunny of Tex Avery’s A Wild Hare and Chuck Jones’ What’s Opera, Doc? but they were all mixed together on TV. Indeed, sorting out how they all fit chronologically, was an educational exercise – it gave me a sense of history.

Where Disney’s recent Mickey Mouse shorts strike me as aesthetically and spiritually unrelated to the originals, the HBO Max Looney Tunes Cartoons is a very well made pastiche of classic Warner Brothers, and much better than the 2011 CN The Looney Tunes Show, which recast Bugs and Daffy as best friends and suburban roommates and changed their proportions. Peter Browngardt, who made the pleasingly hectic Uncle Grandpa developed it, and his team has really internalized the nuts and bolts of the originals. At the same time, I don’t quite see the point, past the advantage of throwing in some modern tech and culture allusions (and putting animators to work); the originals are out there and are worth watching a thousand times over. We have the technology to make new movies with “Cary Grant,” but the Cary Grant movies we have are enough. Still, it’s a matter of perspective: There are kids for whom Space Jam is their primary experience of Looney Tunes, just as Space Jam: A New Legacy, coming in July, will be for others; my feelings on the subject won’t make theirs any less worthwhile. Some people think The Phantom Menace is a good movie, and may the Force be with them. 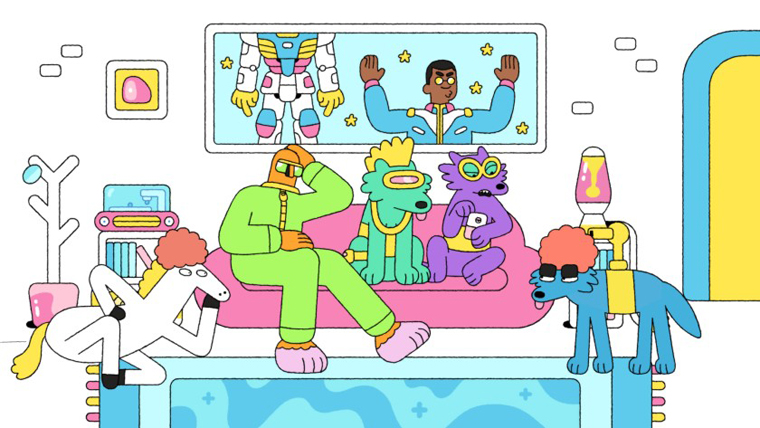 Do you see any trends that you find disturbing or annoying in any way?

I don’t know that it’s a trend, in fact maybe things are trending in the other direction, but I’m not a fan of CGI, apart from the LEGO cartoons, which can only work in 3D. (I tend to like the LEGO Star Wars and superhero movies, better than the live-action versions; they’re smarter and funnier.) And I did love Rolie Polie Olie back at the turn of the century, because it captured the sensibility and drawing style of its creator, the children’s book writer and illustrator William Joyce. And, again, the subject matter – a geometric robot world – fit the technology. (Apparently, there are new episodes being made.) Obviously there have been some wonderful things done in theatrical CGI, though it’s never been as interesting to me as 2D or stop-motion animation, which have more stylistic variety, reflect the creator’s hand and can work across a range of budgets. But CGI on a television budget often just looks cheap, where a clever 2D animator can create intriguing worlds with dots and lines. And I don’t need cartoons to look more “real.” 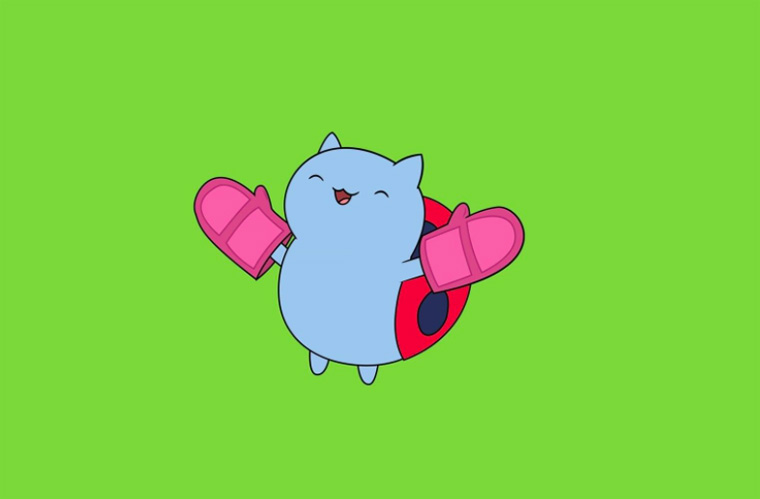 Finally, what are some of your favorite animated characters of all time and why?

Jay Ward’s characters were a formative influence – Rocky and Bullwinkle (and Boris and Natasha), Peabody and Sherman, George of the Jungle (I still say “tee-NEE-tee” for TNT), Super Chicken, that whole crew. Even Captain Crunch – I watched those commercials as if they were 60-second shorts. Their mix of daring and cluelessness appealed to me; Ward and his writers were smart about what’s stupid, and I was aware early on that the strength of the writing and design made the limited animation beside the point. Bob Clampett’s Beany and Cecil had a different look but was hip in a similar way (lots of puns), and (as I would later learn) true to the letter and spirit of the ’50s puppet show that inspired it. Bugs Bunny was a model for attitude; Daffy Duck for bad attitude. The Fleischer Popeye, for Jack Mercer’s improvised muttering (I didn’t really cotton to the fact that it was a cartoon about sex and violence until much later). I watched a lot of Felix the Cat as a kid, an oddly disturbing cartoon, and Gumby, even more so, though of course I identified with Pokey, who knew when to back out.

Homer Simpson is obviously a brilliantly original character – a Dumb Dad, but a unique conglomeration of unchecked appetites assembled in the service of satire. The Powerpuff Girls and Dexter – it was Craig McCracken and Genndy Tartakovsky who got me looking at cartoons seriously again. If I look at what’s on display on my bookshelf, it’s Adventure Time characters – Ice King is a singular creation – a stuffed PuppyCat, from Natasha Allegri’s Bee and PuppyCat. I Loved the Breehn Burns-helmed seasons of the Pen Ward-created sci-fi adventure Bravest Warriors – an ensemble rather than a character, I suppose. But if I had to choose one: Catbug, obviously.

Robert Lloyd is the TV critic at the Los Angeles Times. Sometimes, usually after dark, he masquerades as a musician (credits available on request). 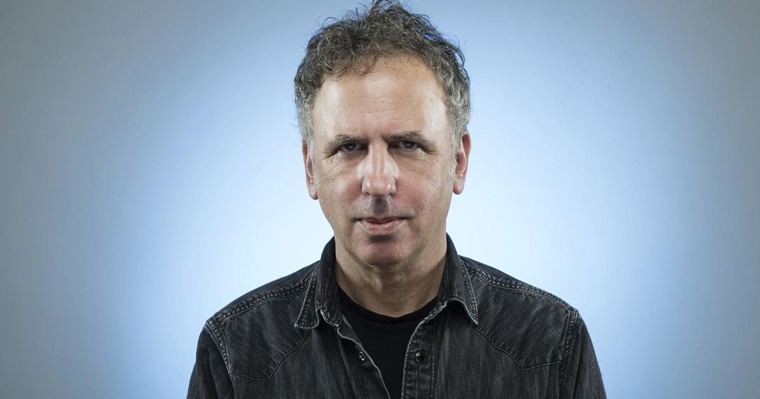