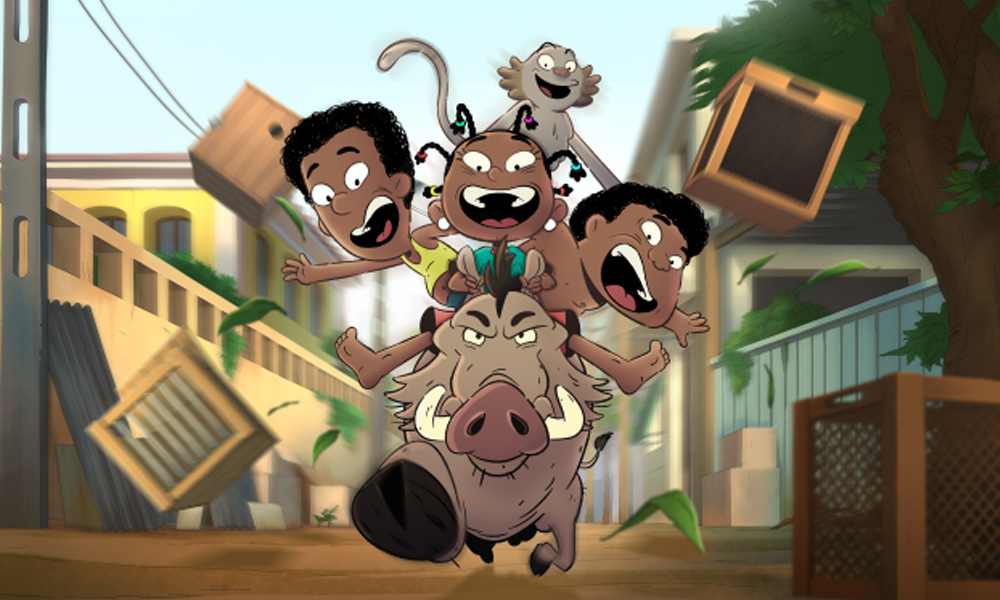 Animation production has begun on Akissi, a new 2D kids’ TV special based on the international hit comic-book series by Marguerite Abouet and Mathieu Sapin, at Ellipse Studio in Paris. The 26-minute adventure is produced by Ellipsanime Productions, and co-finance by France Télévisions (France) and WarnerMedia (English-speaking Africa).

Published in France by Gallimard Jeunesse (10 volumes; the latest in November selling more than 115,000 including 13,000 in Africa) and translated into nine languages, Akissi is inspired by the writer’s childhood in Abidjan, Ivory Coast. The special’s animation is inspired by the illustrations of Clément Oubrerie for the comics.

“Working on this project first of all means getting into the wonderful universe of Marguerite Abouet with its fantastic breath of freedom,” said Arthur Colignon, producer at Ellipsanime. “And travelling, both literally and metaphorically, from one continent to the other, with the promise of soon being able to give young viewers a televisual playground providing discovery, crazy ideas and lots of mischief…”

The bi-continental comedy-adventure features music composed by Central African-born French singer and musician Bibi Tanga — influenced by jazz, funk and afrobeat sounds. Line producer Angelin Paul, like Abouet, was born in Côte d’Ivoire. The French-language voices for Akissi and her friends were cast in the streets of Abidjan and recorded last April in the Côte d’Ivoire Sony Music studios. International dubs will be created in South Africa by the African Animation Network. 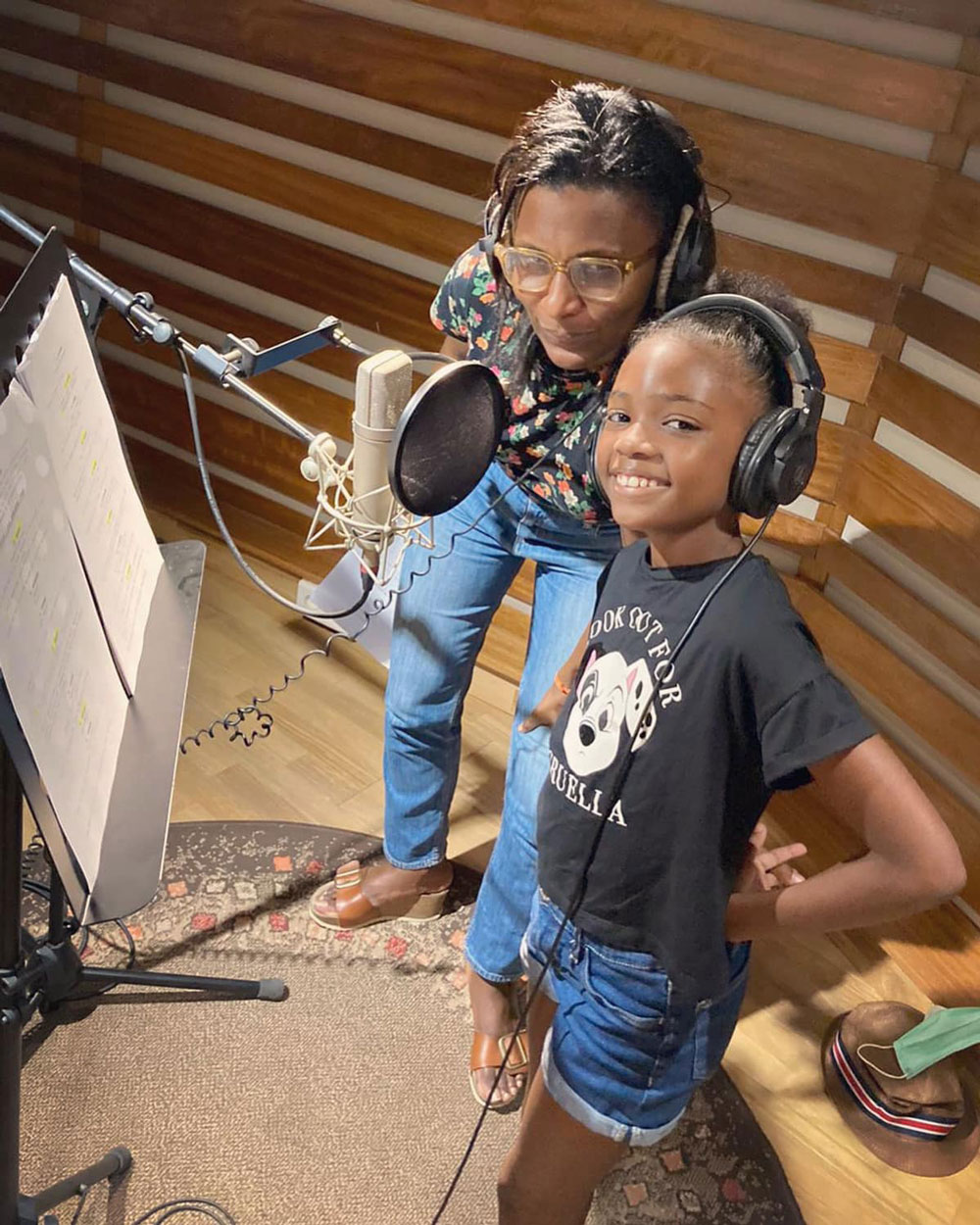 Creator Marguerite Abouet (left) recording with one of the special’s young stars.

“Akissi invites children to go off into a warm and chaotic unknown world, an uninhibited and relaxed roam through an Africa that is so near and yet so far away,” said Abouet. “It’s like an open-air theater where your attention is unceremoniously grabbed by these young characters and their sense of hospitality, and even though they have some faults they are always happy and active, and children from all over the world will be able to identify with them.”

Akissi uses humor, energy and a universal style to tell the stories of the intrepid little girl and her best friend, Boubou the monkey. It also paints a portrait of a lively and uninhibited Africa, far from the usual clichés, which will become as familiar to the viewers as it is to Abouet.

The special is directed by Alexandre Coste, who helmed the webseries of Roger and His Humans (40 million views) based on the comics by Cyprien, for Média-Participations with Dupuis Edition & Audiovisuel. Abouet wrote the script with Louise and Baptiste Grosfilley. Executive producers are Caroline Audebert and Caroline Duvochel.