A new Princess joins the realm as Disney Channel’s new animated series Elena of Avalor debuts with an hour-long premiere event Friday, July 22 at 7 p.m. ET. The show’s theme song is performed by Gaby Moreno — winner of a Latin Grammy Award for Best New Artist — and Elena’s regal anthem is performed by Aimee Carrero, who also voices the Princess.

Set in the enchanted fairytale land of Avalor, the series introduces Elena — a brave and adventurous teenager who has saved her kingdom from an evil sorceress, and must now learn to rule as its crown princess until she is old enough to be queen. Elena’s journey will instruct her in the qualities required of a great leader: thoughtfulness, resilience and compassion.

In the premiere episode, “First Day of Rule,” Elena becomes the crown princess and rescues her sister Isabel from the Noblins, elf-like shapeshifters based on the Chilean peuchen myth. The episode also introduces Elena’s animal world spirit guide, Zuzo, based on a Mayan tribal belief. In the second episode “Model Sister,” Elena is torn between a promise to Isabel and her royal duties.

A full-length preview of the first episode will launch on the Disney Channel app and VOD platforms for verified users on July 1. Following the U.S. premiere, Elena will rollout in 33 languages and 163 countries through Disney Channels worldwide. Princess Elena arrives at Disney World this summer and Disneyland this fall. She will also appear in print and e-books (Disney Publishing); a range of consumer products from Disney Store and licensees; and in audio and DVD releases this year.

Elena of Avalor was created by Emmy Award winner Craig Gerber, who also serves as executive producer. Silvia Cardenas Olivas is the story editor, and Elliot M. Bour is the supervising director. The series’ cultural advisors are Marcela Davison Avilés, founder of

The Chapultepec Group, co-founder of the international Latino arts initiative Camino Arts, and Director of Humanities Programs at the FDR Foundation at Harvard University; and Diane Rodriguez, Associate Artistic Director of Centre Theatre Group and co-founder of the theatre ensemble Latins Anonymous, who was recently appointed by President Obama to be a member of the National Council on the Arts. 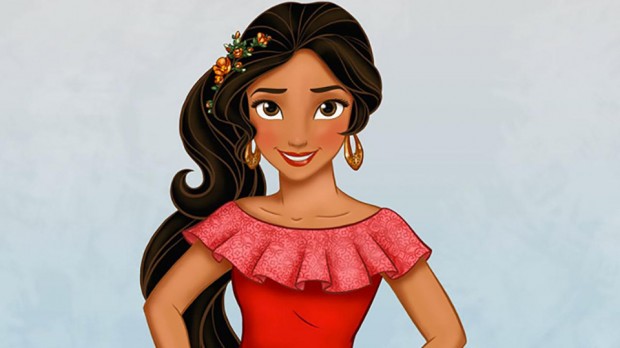