Latin culture and folklore-inspired CG animated series Elena of Avalor has been greenlit for a second season, following its successful premiere on Disney Channel and Disney Junior last month. The season two announcement coincides with Princess Elena’s character debut at Walt Disney World in Orlando (she will make her first royal appearance at Disneyland in Anaheim tsi fall). The news was announced by Nancy Kanter, EVP and General Manager for Disney Junior Worldwide.

“It’s just a few weeks into the launch of Elena of Avalor and we are already seeing what an impact and connection she is making with kids and families,” said Kanter. “We’re eager to make sure that we will have many new stories of bravery, adventure and leadership for our audience to enjoy and are delighted to begin production on our second season and continue to find ways for her story to be heard both on and off screen.”

Elena’s simulcast premiere on July 22 ranks as 2016’s No. 1 series telecast among all kid-targeted TV networks in Total Viewers (4.5 million), Kids 2-11 (2.4 million) and Adults 18-49 (1.2 million). Elena of Avalor has reached over 24 million Total Viewers and delivered over 8.6 million viewer engagements on the Disney Channel and Disney Junior apps to-date.

In addition to the Princess’ debut at Disney’s U.S. parks, extensions for the series include print and e-book titles from Disney Publishing; dolls, role-play products, accessories, home decor and apparel from Disney Store and licensees including Hasbro, Jakks Pacific, Franco Manufacturing and Children’s Apparel Network; an EP soundtrack from Walt Disney Records; and a DVD coming later this year.

Created and executive produced by Craig Gerber, Elena of Avalor is a timeless fable incorporating influences from Latin and Hispanic cultures. Elena is a brave, adventurous teen who saves her kingdom from an evil sorceress and now must learn to rule as crown princess. More on the show and a behind the scenes look in our prior coverage. 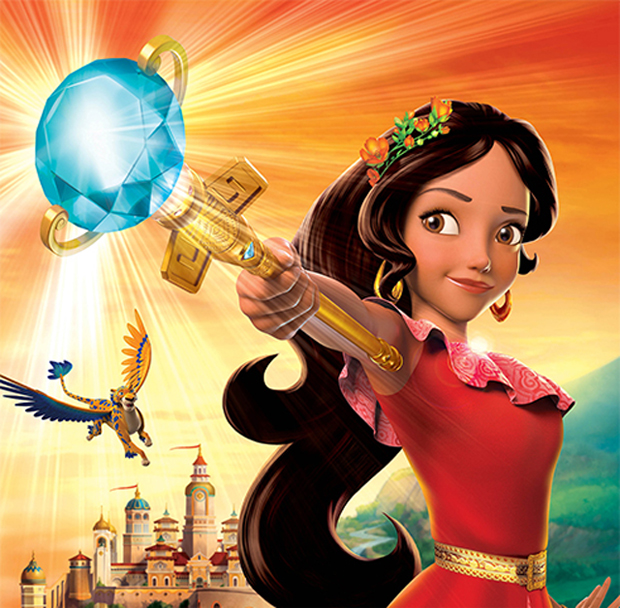