Monster Entertainment has secured a broadcast deal with Econet Media for South African animated series Jabu’s Jungle. Already picked up by SABC and Gulli Africa, the show will be broadcast in 17 African countries through Econet.

Aimed at kids 4-7, Jabu’s Jungle (13 x 22) follows the adventures of intrepid 9-year-old Jabu and his Magic Talking Drum, as he explores the jungle helping animals in need — while avoiding naughty Van the Vulture! The series is on its way to following successful Monster-distributed South African show Jungle Beat (broadcast in 196 territories), as well as Magic Cellar (sold to Ericsson and Gulli Africa).

Set to a vibrant Afro pop soundtrack and featuring a host of colourful animal characters, Jabu’s Jungle has a unique African look and feel and introduces children to the wonders of Africa’s animals and exotic locations. The series is produced by Pixcomm in Cape Town’s Masiphumelele township, which provides training and internships for young animators and illustrators in the community. 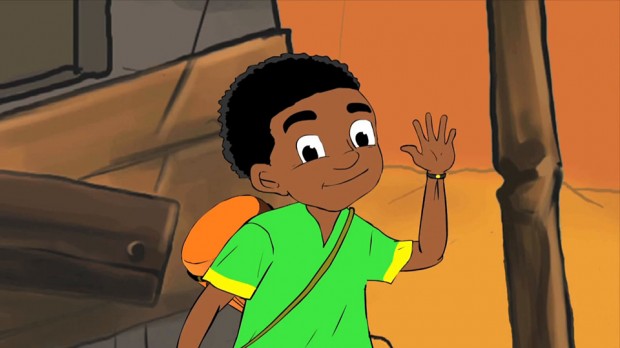