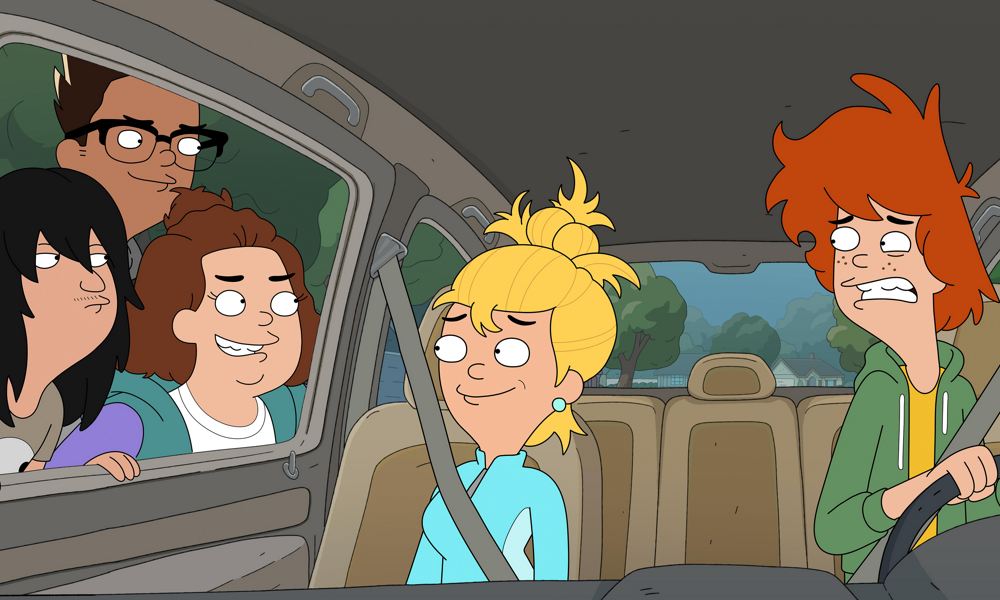 Mike and Julie Scully know a few things about writing and producing shows about animated families. After all, Mike has worked as writer and exec producer on that little-known show The Simpsons since 1994, and Julie Thacker, his wife of over 20 years, has also written for the series since 1999. They have also worked on shows as diverse as Parks and Recreation, Complete Savages, The Pitts, Napoleon Dynamite and Fuller House. This month, the talented couple launch a brand-new, animated prime-time show on FOX-TV’s Sunday night block called Duncanville.

Exec produced by their friend, actress Amy Poehler (with whom Scully worked on Parks and Recreation), the show centers on Duncan, a “spectacularly average 15-year-old boy, his family and friends.” Poehler, who is no stranger to animation (The Mighty B!, The Awesomes, Inside Out), provides the voice of the boy and his high-strung mother. Emmy nominee Rashida Jones (Parks and Recreation) voices Mia, his crush and classmate, and Ty Burrell (Modern Family) provides the voice of Duncan’s dad on the 2D-animated show, which has been picked up for a 13-episode first season on the network.

Mike Scully says the inspiration for the show goes all the way back to 2016 when he got a text from Poehler, who told the couple that she wanted to create an animated show with them. “Amy had just done Inside Out for Pixar around that time, and animation seemed like a fun idea,” he recalls. “We started kicking around some ideas and we quickly came up with Duncan. Amy wanted to do the voices for two characters — Duncan and his mother. We tried to tell her that It was going to be daunting. We told her, ‘Do you know what you’re getting into?’ But she insisted.” 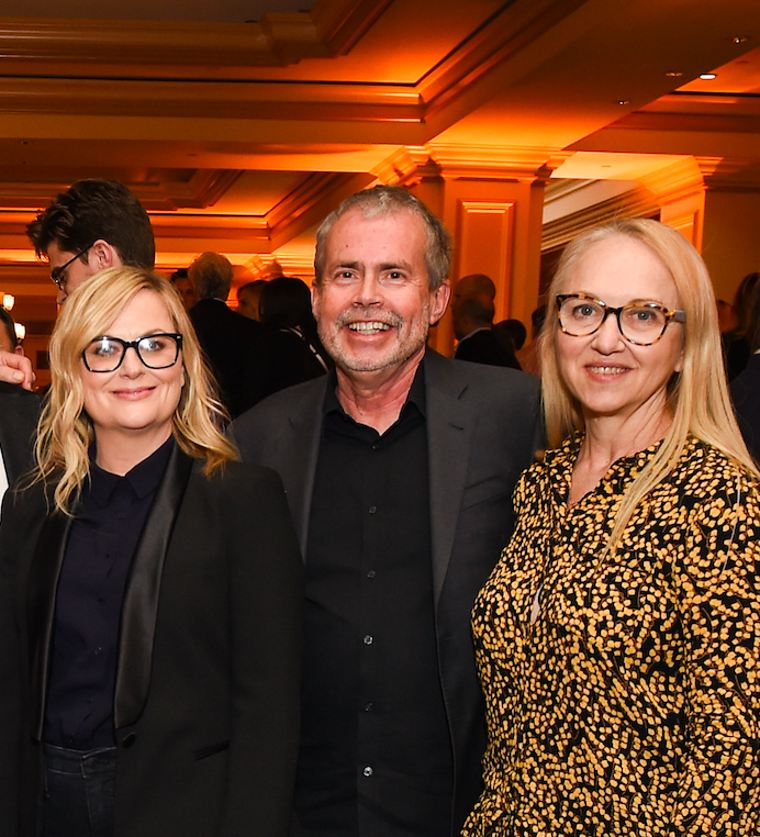 After they pitched the show to Fox in May of 2017, the network fast-tracked it, and the series got picked up in November of 2018. “We’ve been producing the show with Bento Box (Bob’s Burgers) for the past year,” says Julie Scully. “Bento did the eight-minute presentation for the network, and they ordered 13 episodes.”

The Scullys admit that their original pitch was a bit more unusual than most. “We didn’t have a particular visual style in mind, because we can’t draw,” says Mike. “Once it was decided to go with Bento Box, they worked on different character designs and potential looks for the show. There was a lot of back and forth. But when we were pitching to FOX, we didn’t have any drawings to show the network. We were talking about Duncan as a teenage boy with messy red hair, and Julie found a picture of teenage Ed Sheeran on the internet and a picture of Dave Grohl (lead singer of the band Foo Fighters) and that’s what we used as visual aid for Duncan and his best friend!”

Duncanville follows the daily lives of Duncan Harris, who seems to be always one step away from making a bad decision; his mom, a parking enforcement officer who dreams of being a detective someday; his dad, his 12-year-old sister (Riki Lindhomme) and Jing (Joy Osmanski), his six-year-old sister, who often provides the voice of reason in the family!

According to the Scullys, what makes the show stand out is that the kids are older than the usual characters we see in animated sitcoms. “Bart and Lisa on The Simpsons are 10 and eight, for example, and Tina on Bob’s Burgers is 12 I believe.” says Mike. “Duncan is 15, and we’re trying to capture that period in your life where you can taste adulthood, independence and freedom, but you don’t have any of it. You have your learner’s permit, but you have to have your mom in the car with you!”

“We talked about That ‘70s Show, where Topher Grace’s character was in the middle of his friends and parents,” adds Mike “We used that as a model, but we lean more on the family than they did.” Julie points out, “We also have a great mom character, who has a career and, like most American women, she makes 70 cents on the male counterpart!” 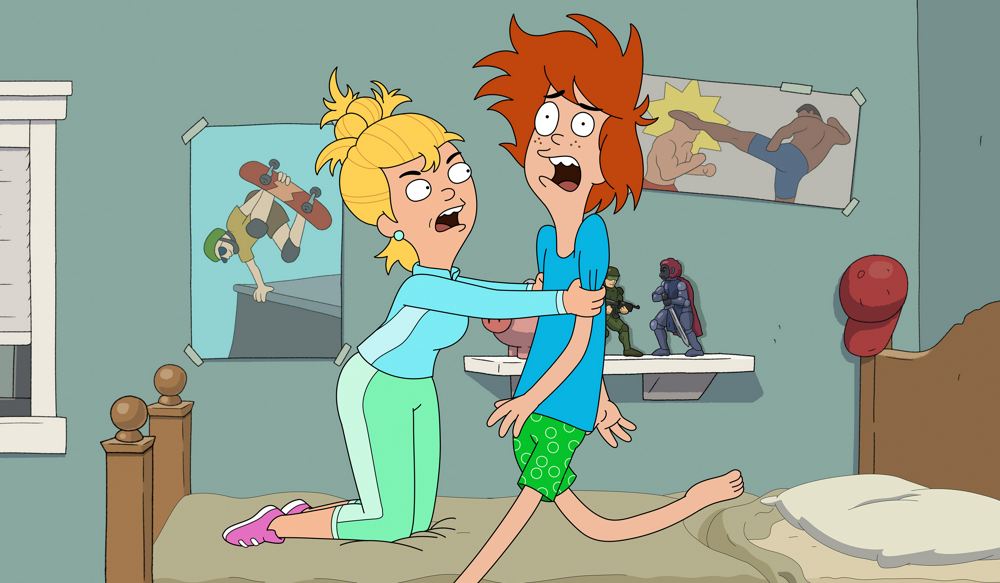 When they were discussing the character of Duncan’s dad, Poehler suggested that he should be like Mike Scully. When Mike asked her what she meant, Poehler responded, “You know how you can take any conversation and turn it into a boring story about Bruce Springsteen? That’s what I mean!”

The couple, who have five grown daughters (between the ages of 29 and 37 years old), mined some of the experiences of raising them, as well as their own teenage years, for the show. They also relied on real-life stories from Poehler, who has two sons who are approaching their teenage years. “What was really important for us was to have characters that the audience would care about,” says Julie. “Shakespeare’s stories are still being told today because you care about the characters.” Mike adds, “If the story is emotionally grounded, can be crazier with the storyline. You want the audience to see a little bit of themselves and their families in it. Technology and clothes and hair, that kind of stuff changes, but the emotional parts — the insecurities, the awkwardness — those things stay the same.

As an example, Mike describes the show’s pilot episode. “We find out that Duncan has his driver’s permit, but he never asks to drive the car, which drives his father crazy because when he was a kid that’s all he ever dreamed of,” explains Mike. “There are still kids now that can’t wait to start driving, but there are also kids that don’t care that much about it because they feel self-driving cars are coming and eventually they’ll have their own Uber account. Why do I need to drive? We wanted to play into that and also wanted to find a reason that Duncan decides he really wants to drive, which is because of his crush on his friend Mia.” 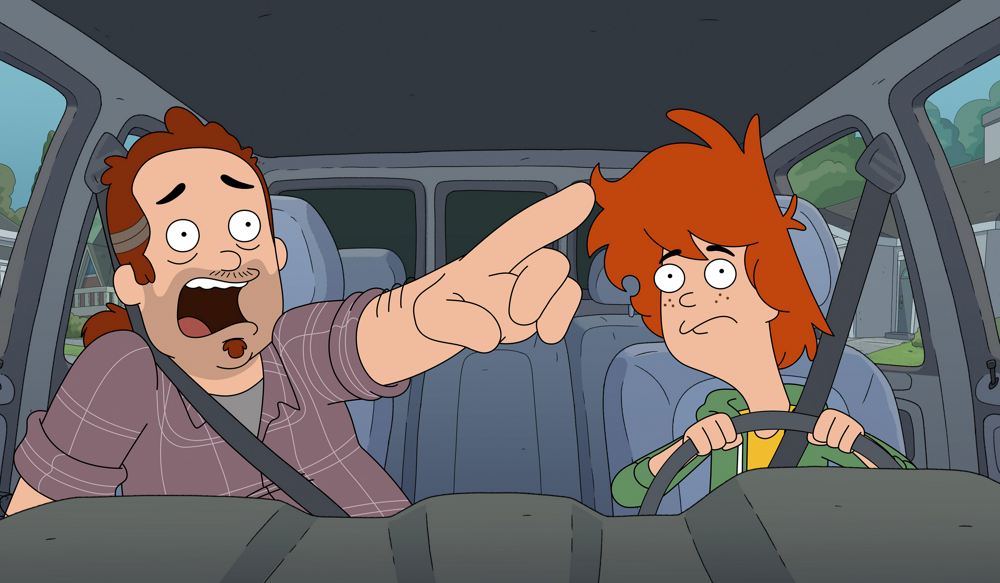 Unlike Duncan, Mia is very politically aware and socially conscious. She’s always on her way to a protest or a social cause. “She awakens Duncan’s social consciousness,” says Mike. “The teens on the show are a diverse mix. They have cell phones , which you don’t see a lot in animation. We didn’t want to pretend that they don’t exist, but we also didn’t want them to be constantly looking down on their screens. There’s a character named Yangzi, played by Yassir Lester, who is very plugged in social media-wise. We are trying to represent all different types of teenager.”

Julie also brings up the fact that the show has a very diverse cast. “Our family has an adopted daughter named Jing,” she says. “We don’t really talk about it, we don’t have an origin story [for Jing’s adoption]. Families look different now and it’s nice to have a character like that as a matter of fact.” “Modern Family really opened the door to the fact that families look different now,” adds Mike.

Interestingly enough, neither Mike or Julie ever thought they would find a career in animation when they were growing up. “We loved animation as kids, the Warner Bros. cartoons and all that, but it wasn’t our goal,” says Mike. “We got very lucky when we stumbled into The Simpsons. We learned a tremendous amount not just about writing for animation but comedy writing in general from that experience.”

For now, they have pretty basic goals for what they’ll achieve with Duncanville. “We hope audiences will laugh,” says Mike. “We hope they like the characters and want to come back and see them again the following week. And we hope they all want to buy their t-shirts.” “We also want to look good to our three grandkids,” adds Julie with a laugh. 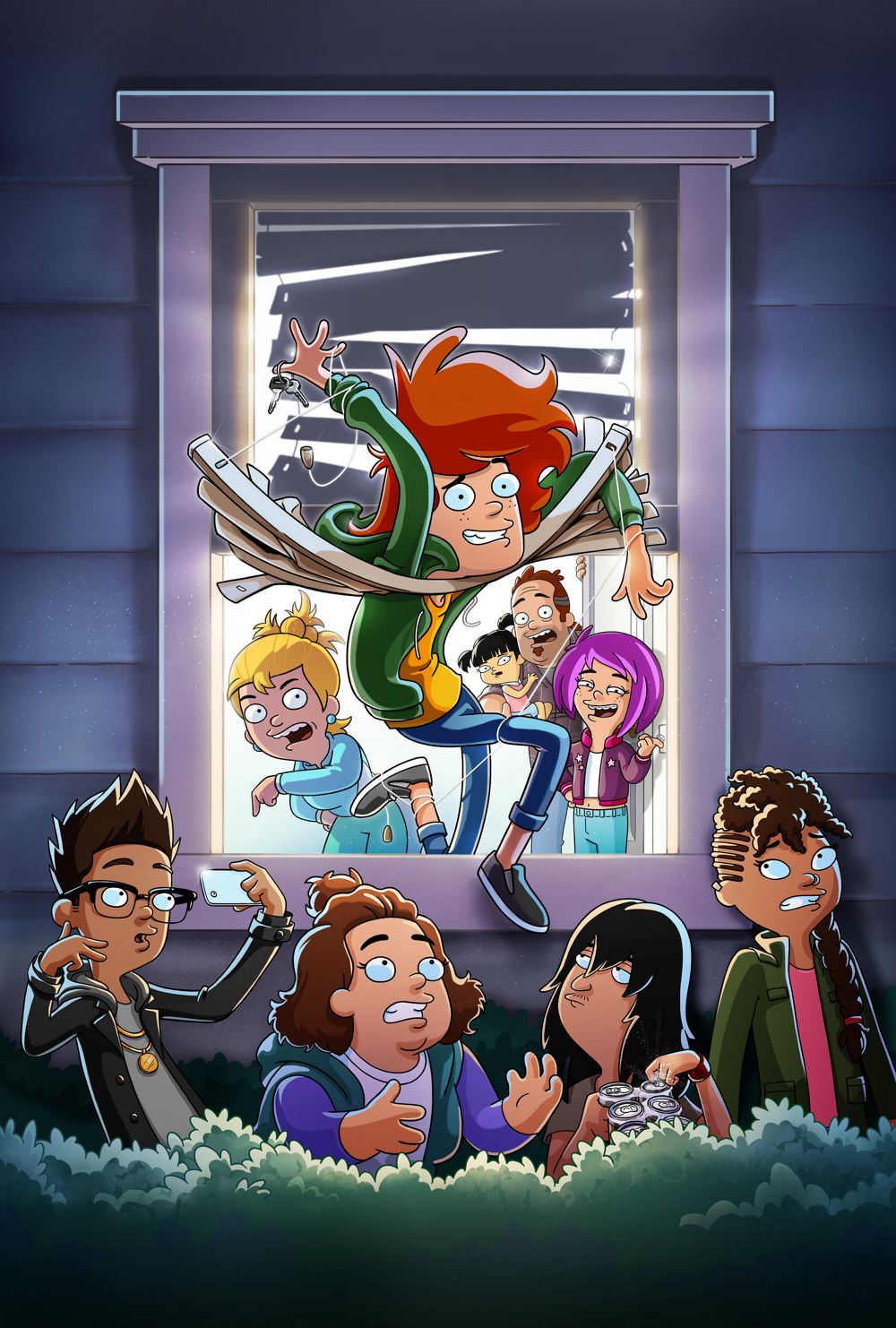