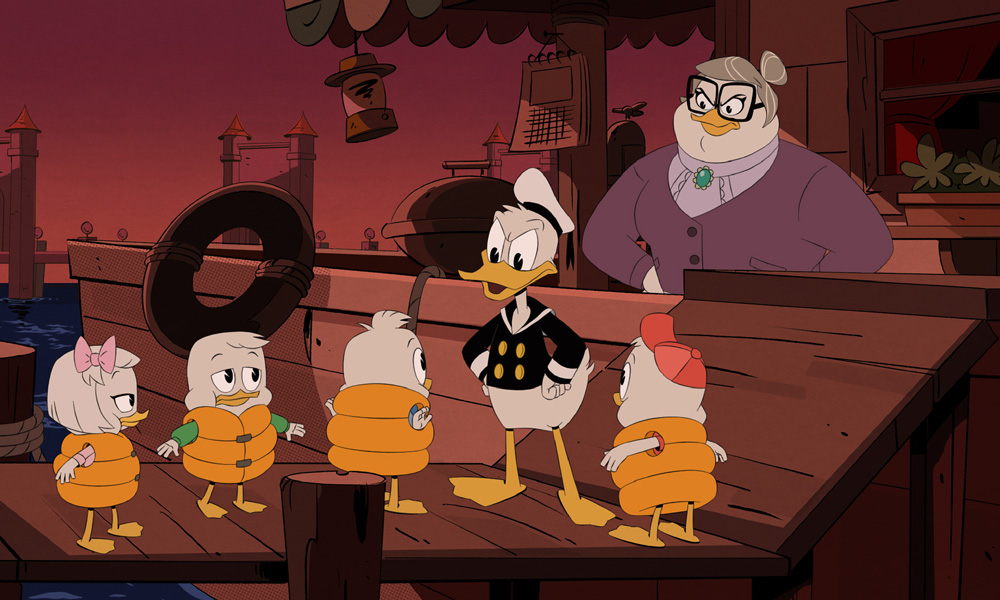 Saturday, Dec. 1
7:30 – 8:00 A.M. EST [Disney Channel] DuckTales “Last Christmas!” In a nod to Mickey’s Christmas Carol, Scrooge avoids the pressures of the holidays by traveling back in time with a trio of fun-loving ghosts to crash history’s greatest Christmas parties instead. Meanwhile, time-lost Dewey teams up with young Donald Duck to find his mom on Christmas. Jack McBrayer (30 Rock) guest stars as fun-loving ghost Past.

Sunday, Dec. 2
7:00 – 7:30 P.M. EST [Disney Junior] Doc McStuffins “The Doc McStuffins Christmas Special” Doc and the toys travel back in time to the North Pole to save Christmas.

9:30 – 10:00 P.M. EST [Disney XD] Marvel’s Avengers: Black Panther’s Quest “The Last Avenger” All on his own, Black Panther must safeguard a dangerous weapon from all who might try to stop him.

10:00 – 10:30 P.M. EST [Disney Channel] Star Wars Resistance “Secrets and Holograms” When a determined Kaz tries to discover the truth about Captain Doza, he and Torra embark on an adventure where they uncover more about the tower than either bargained for. Elijah Wood (The Lord of the Rings trilogy) and Donald Faison (Scrubs) return as Jace Rucklin and Hype Fazon, respectively.

Watch: SpongeBob Takes a Trip to the Moon in New Holiday Special
‘Scooby-Doo! and the Curse of the 13th Ghost’ Haunts Shelves in February