DreamWorks Animation has announced it will be partnering with two state-owned Chinese media companies—Shanghai Media Group and China Media Capital—with details of the landmark joint venture to be revealed Friday, according to The Financial Times. The three companies will build a studio in Shanghai for the purpose of developing film, TV and stage productions for the Chinese market.

The details of the deal will be revealed with China’s vice president Xi Jinping on hand during his planned trip to Los Angeles this week. The DreamWorks deal is the biggest yet in the building trend for foreign studios to take advantage of the Chinese market—the third largest cinema market in the world behind the U.S. and Japan. Partnerships with domestic studios such as the DreamWorks deal and Chinese studio launches by film companies Relativity Media and Legendary Entertainment  are a work-around for China’s strict annual quota that caps the number of foreign made movies shown in Chinese theaters.

The announcement comes just as a new report from the country’s State Administration of Radio, Film and Television (SARFT) shows that domestic animation production is up 18% from last year, thanks in part to the government’s policies of prioritizing locally produced entertainment over foreign imports. 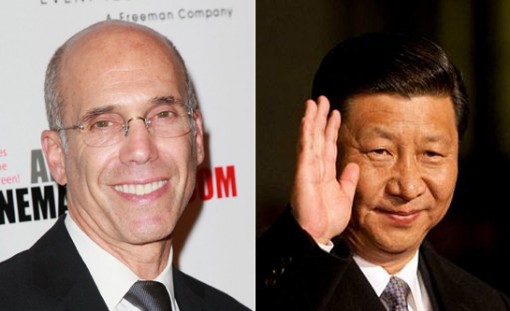