DreamWorks Animation has announced that its DreamWorks Classics shingle will debut at MIPCOM 2012, making available to global broadcasters a comprehensive portfolio highlighted by DreamWorks Dragons: Riders of Berk–inspired by the hit How to Train Your Dragon film franchise (second and third films due out June 20, 2014 and June 18, 2016)–as well as an all-new series based on the studio’s upcoming CG snail saga Turbo. In addition to DWA’s CG TV productions, DW Classics will represent Classic Media’s well-known cataloge of movies, series and specials.

“Over the last four years DreamWorks Animation has proven to be a consistently successful producer of CG animated television content with its three series already in existence,” said Classic Media Founder and Chief Executive Officer, Eric Ellenbogen. “I believe that our longstanding success in the family market combined with DreamWorks Animation’s unparalleled original content will present many exciting growth opportunities for DreamWorks Classics in the future.”

Riders of Berk debuted in the U.S. on Cartoon Network in September, airing in 99 million homes in the nation and 178 countries around the world. Since its launch the show has consistently held te #1 timeslot across all television with boys 2-11 and 6-11. The show stars many of the key voice actors from the Oscar-nominated film, including Jay Baruchel, America Ferrera, Chrisopher Mintz-Plasse and T.J. Miller. 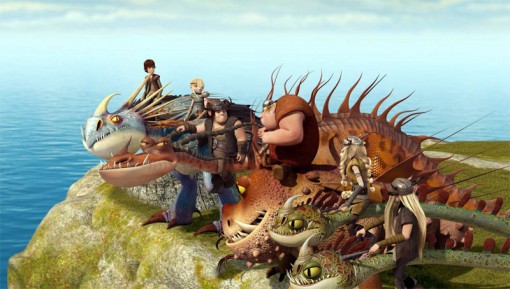 Turbo, based on the upcoming DWA feature of the same name (July 19, 2013) will tell the further adventures of the garden snail with the impossible dream to win the Indy 500 and gets his chance after a freak accident gives him extraordinary speed. The film is being directed by David Soren and stars Ryan Reynolds, Paul Giamatti, Michael Pena, Luis Guzman, Bill Hader, Richard Jenkins, Ken Jeong, Michelle Rodriguez, Maya Rudolph, Ben Schwartz, Kurtwood Smith, Snoop Lion and Samuel L. Jackson.