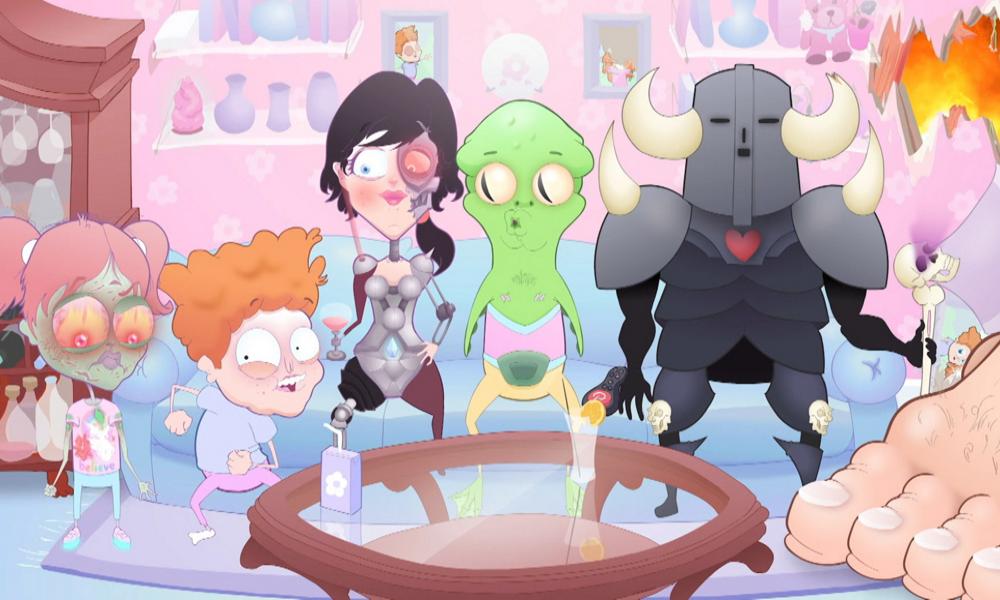 Since its debut in November of last year, Hell Den has been one of the more popular animated offerings on SYFY. Next Saturday, the second season of the series premieres on the cablers’ late-night animation block TZGZ. The offbeat, Webby Award-nominated show centers on 12-year-old Andrew (voiced by Neil Garguilo) who watches weird cartoons and old movies with motley group of apocalyptic creatures after all of civilization is wiped out by some sort of an uber-apocalypse! Produced by Shout! Studios and Rafael Raffaele Entertainment, Hell Den was created by popular San Francisco improv group Dr. God (Sean Cowhig, Neil Garguilo, Brian James O’Connell, David Park and Justin Ware). Garguilo (Awkward, Brainwashed by Toons, MOCKpocalypse) serves as showrunner, and all five executive produce, write and star in the series. Season two of the show guest stars include Maria Bamford, Kevin Heffernan, Katie Leclerc and Matthew Lillard. We were thrilled when Garguilo and his team answered a few of our burning question about their show:

Animation Magazine: Can you tell us a bit about the origins of Hell Den?

Dave Park: For years and years, Dr. God’s passion project had always been a story about a boy stuck with an apocalyptic horseman, an alcoholic alien, a mutant cyborg and an unseen ponderous giant trapped in a den during the end of the world. We were just sitting on it really and the stars aligned. 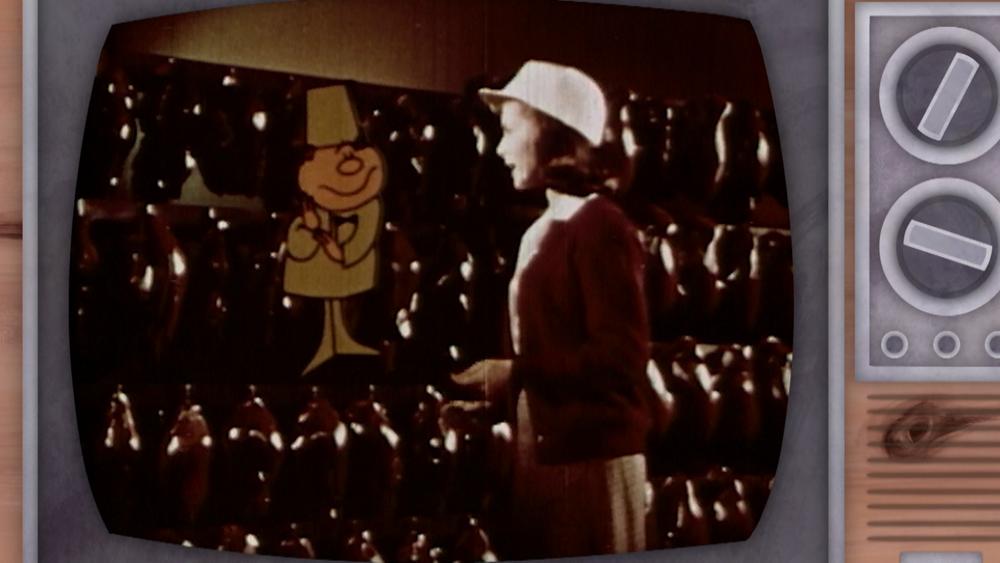 Neil Garguilo: Ha! Yes, exactly. Ya know, we pitched the show for a few years with some pretty solid success. We got a greenlight for a pilot that turned belly up. Then we were very close to going at a few cable networks, but it couldn’t get over the hump. Throughout it all we believed this show could be great if we got a chance to make it. After a Super Troopers 2 screening, Dave and I met the guys from Drink TV and they ordered 6 episodes very quickly. They saw what we saw and really gave us a chance to make the show. SYFY saw it and decided to order Season two 18 months after the premiere. This has been a journey, but we knew if we stuck with it, we’d find the right home and we really did with TZGZ. It’s just the perfect fit.

When did you start producing the show…and how long does it take to produce each episode?

Garguilo: The writers’ room started the week that the pandemic shut everything down. We switched to remote production after three days in the office and didn’t skip a beat. In terms of the timeline, it actually moves pretty quickly once we get going. A lot of animation takes a long time. We have a small, talented team and the concept allows for solid pace. Hats off to our editors as well. This is an edit heavy show and they CRUSH it.

Where is the animation done and how many people work on the series?

Garguilo: Season 1 was all Matt Kiel. For Season 2, we brought on Joe Pavelka. So, Matt and Joe handled the entire season. Besides that, we had a small, talented VFX team and amazing editors to round out the visuals.

Brian James O’Connell: I think the thing for me is the ability to take the original footage and create something new, similar to when hip hop was being created in the late 1970s Bronx. Being able to re-imagine and repurpose something from the past into something new, fresh and exciting is not only extremely rewarding, it is a fun educational way to turn people on to the original creators and animators. Being a link to our historical forebears while being super silly is awesome. 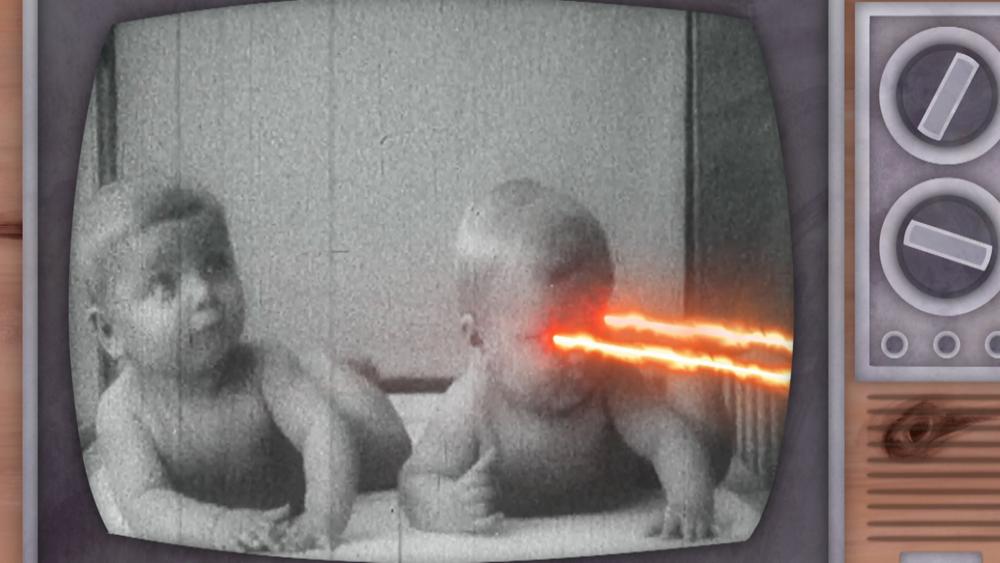 What would you say is the most challenging aspect of your production?

Dave Park: Recording separately from different environments led to a lot of re-recording. Because you could have your neighbors fighting above you or next to you if you live in an apartment building, or in my case, a family of five in the house behind me, who bought their kids a trampoline and an above ground pool and a pellet gun range. I had to record from 9 p.m. to like 4 a.m. every night and avoid fireworks which went on pretty much non-stop in Los Angeles until the 4th of July. I felt like I was like a vampire, which we don’t have on our show. Yet.

Garguilo: Yeah, that was pretty much it. Everyone stepped up during a difficult time. It’s really unique —everyone on this show, in pretty much every role, has been a longtime friend. It makes something that should be challenging feel effortless.

What was your favorite show to feature and why?

Garguilo: I love it when we can take live action and add animation to it to completely change the context. Also, anything that was meant to be educational, but changes the lesson plan.

O’Connell: My favorite toons tend to be the absurdist, darker tinged Dada-esque takes on the material. Taking a family’s quiet evening at the bowling alley and making it the new family of the announcer’s estranged father is right in my sweet spot. 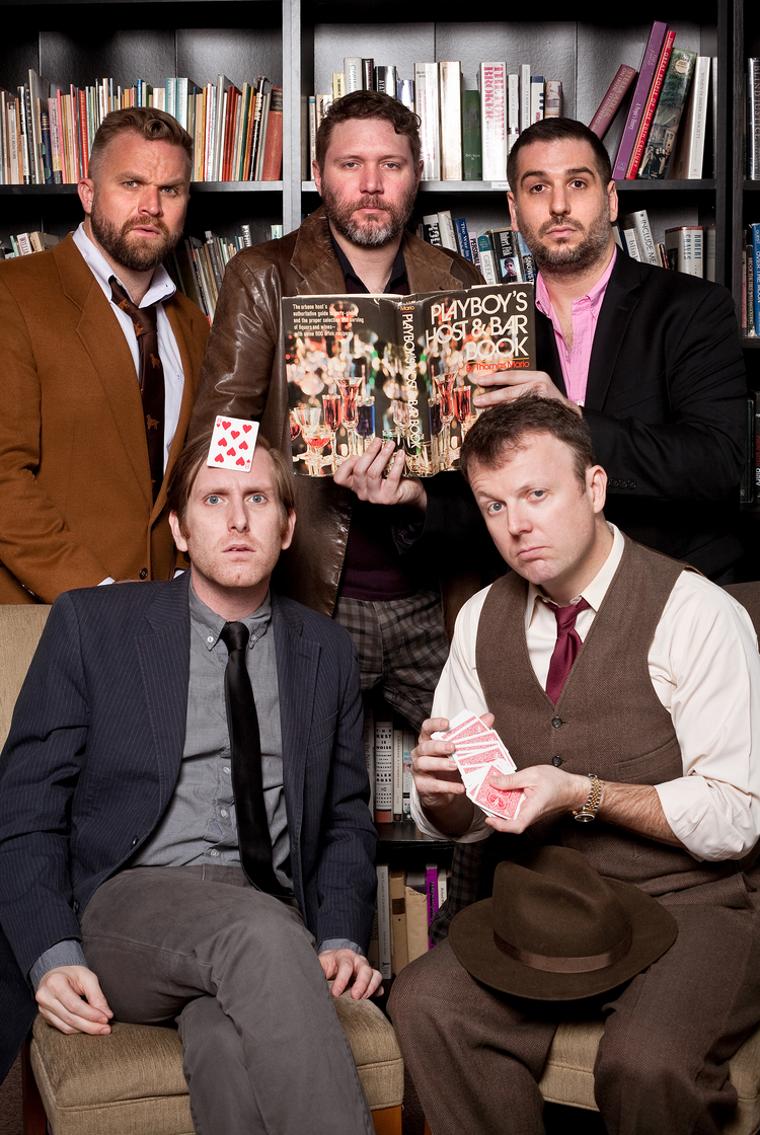 What can you tell us about Season Two that will get us all excited?

O’Connell: I think Season Two sees us being much smarter with the writing, expanding our vision of the show to include more social commentary and giving ourselves permission to take more creative risks in the production value and presentation of the sketches. We think we’ve made a solid sophomore effort that continues to give fans of the show what they liked in the first place, just a glossier version of it. There are still dick jokes but these knobs have been well polished.

When did you realize you want to work in animation?

Garguilo: For the first six years of my life, I spent a lot of time with my grandmother and she introduced me to the entire Warner library. I would draw my own little stories with crayons. I would say I’ve wanted to make animated television since before I knew what making television even meant.

Park: I’ve loved animation in one form or another for as long as I can recall. I’m sure like most very little kids in America, you start with Tom and Jerry and Warner Bros. cartoons and Disney cartoons but as a child of the 80s, the thing that really got me going was the Filmation stuff, the studio that made He-Man and She-Ra and BraveStarr among many other classics. Not only did I love the stories and characters and toys but there was something about the style of the art too, from the design to the rich background paintings that really resonated with me and still do to this day.

What is your take on the state of animation in 2020?

Garuilo: There are more companies, networks, streamers, social studios, etc. doing animation than ever before. That means there are more opportunities to take chances and make unique shows that you probably couldn’t sell 15 years ago. I think the next five years is going to lead to some pretty innovative animated series and feature film. 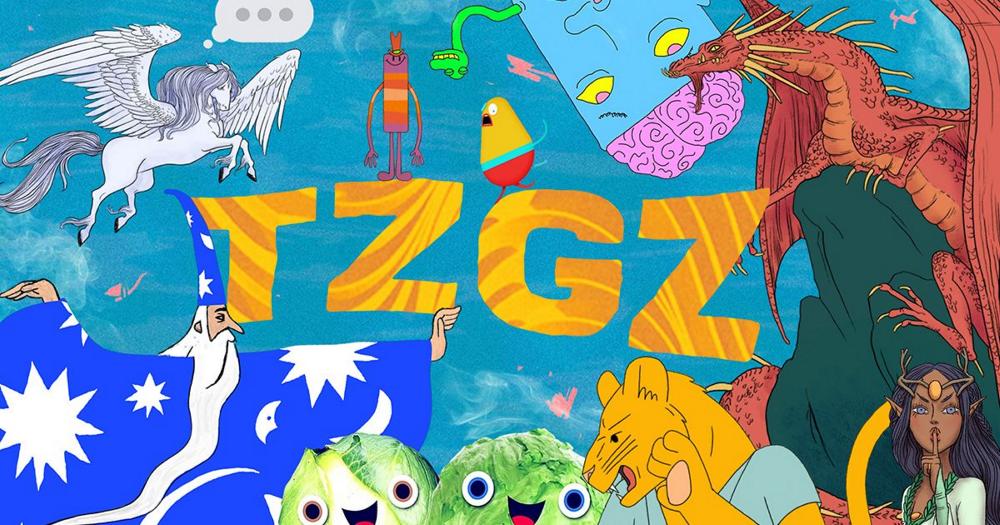 Any advice for young impressionable minds out there that want to get a foot in the door of the toon business?

Oh, and one more thing: as uncomfortable as it may be for some, always try to put yourself out there. Don’t hide your light under a bushel, I think the expression goes. I never thought about the second part of that. I know it’s like we can’t see your light but…Does the bushel catch on fire and you burn up? Anyhow, point is, get out there and meet people. At a socially responsible distance. With a mask. Or online. Anyhow.

Check out the season trailer for Hell Den: