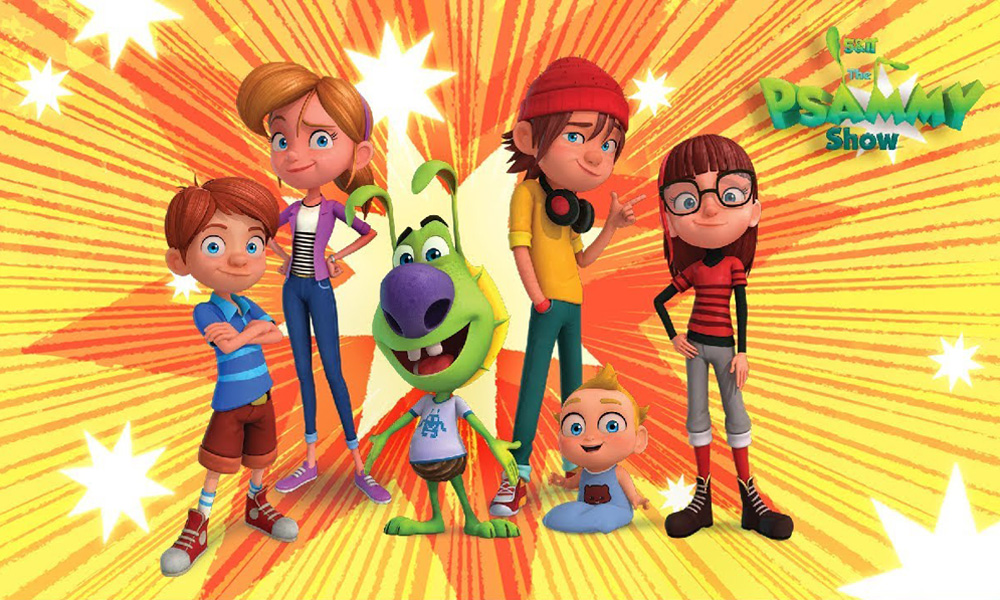 Leading international kids animation company DQE is sending its latest series The Psammy Show to China, via a pickup from state broadcaster CCTV. The show, which is co-produced with Disney Germany and Method Animation (France), will air on the CCTV 14 Kids channel, marking DQ’s big break into the Chinese market and making the show available to tens of millions of potential new young fans.

Manoj Mishra, COO DQE Group, commented, “We are very excited about The Psammy Show‘s debut broadcast on CCTV for China and are confident that the series will enthral all the young audiences in China. We hope to see our brand reach to millions of kids in the country.”

Earlier in the year, DQ entered into a distribution agreement for The Psammy Show with Cawro –a leading children’s content and brands company, recognized in China for its high profile track record and previous major collaborations with international media conglomerates.

The Psammy Show (52 x 11’) is a CGI animated TV series which follows the adventures and escapades of five children after they unearth and befriend a sand fairy near their Uncle’s beachfront mansion. But the sand fairy in question is a green, vivacious little creature with a big attitude and an even bigger obsession with online shopping! Psammy offers to grant Cyril, Anthea, Jane, Robert and baby William one wish each day. Amazing as it sounds, the children inevitably learn that each wish granted by Psammy will bring unwanted consequences, the effects of which cannot be reversed until the sun sets, or until the kids figure out a way to fix things, whichever happens quicker!

“When we were young, we were always wondering if every wish had consequences. It is great to have The Psammy Show sharing valuable life and community lessons through the eyes of a child!” said Maurice Goh from Cawro. “Cawro is excited to distribute this content in China which aligned with our company values.”

The Psammy Show premiered in October 2018 on Disney Channel Germany, quickly garnering high ratings among kids aged 3-13. The series easily exceeded the channel’s average for that month, reaching more than 500,000 kids in Germany. Psammy also has begun broadcasting on Disney France and SH channel Israel, while it has been well received by broadcasters around the world. Broadcast launches in various regions in Asia, MENA, Europe and North and South America are expected to begin later this year.

“We are excited to see the world of Psammy expanding across various mediums in China,” said Tapaas Chakravarti, CEO & MD, DQE Group. “The Psammy Show has successfully captured young audiences in Europe and we are sure the show will do the same in China, too.”