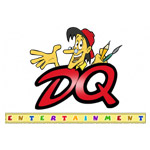 Targeted at kids ages 6-9, the companies will produce 52 11-minute episodes on an estimated budget of $12.2 million.

Robin Hood – Mischief in Sherwood will take a humorous approach to the English legend and tell tales of the hero at age 10.

“This new series Robin Hood – Mischief in Sherwood will be produced as a high quality stereoscopic 3D series and will appeal to kids worldwide bringing out the charm and mischief of our young hero,” says Tapaas Chakravarti, chairman and CEO of India-based DQE. “This partnership with our own long term co-production partners Method Animation will bring to this production the benefit of the synergies that our teams have achieved together with the production of several remarkable series such as Iron Man, Little Prince, Little Nick, Skyland, Peter Pan and more recently the 3D stereoscopic feature film, The Prodigies, with our sister concern, Onyx Films.”

“Adapting the legendary Robin Hood is such an exciting and challenging project. This hero is an iconic figure for audiences worldwide and will be adapted for animation to explore what has never been told before: the youth of Robin Hood,” says Aton Soumache, CEO of France’s Method Animation. “We will reboot the story of Robin Hood to create magical entertainment for the whole family specially appealing to kids aged 6-10 years. Watching Mischief in Sherwood, audiences will discover how he became the legendary Robin Hood.”