India’s animation powerhouse DQ Entertainment has announced its impressive list of post-MIPCOM market co-pro and distribution deals. JCCTV and Nickelodeon India have acquired the broadcasting rights for its new 3-D CG-animated children’s series 5 and It. The 52 x 11 series will be co-produced by ZDF Enterprises, Germany, Canada’s Yowza Digital and Luxembourg’s Fabrique D’Image. This completes the €8.6 million budget funding to produce the series within 19 months for global release.

“This TV new series will be produced as a high quality 3D series and will appeal to kids worldwide,” says Tapaas Chakravarti, chairman and CEO of DQE. “The new partnership with Yowza Digital and Fabrique D’Image will add significant production and creative expertise and the pan-European nature of this co-production agreement has created new horizons for our group.” 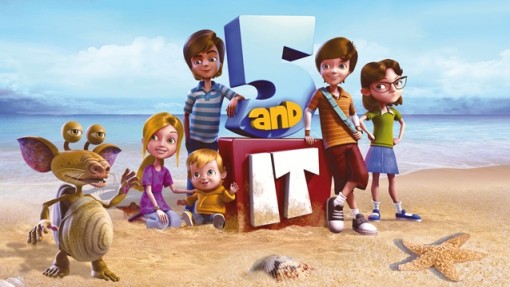