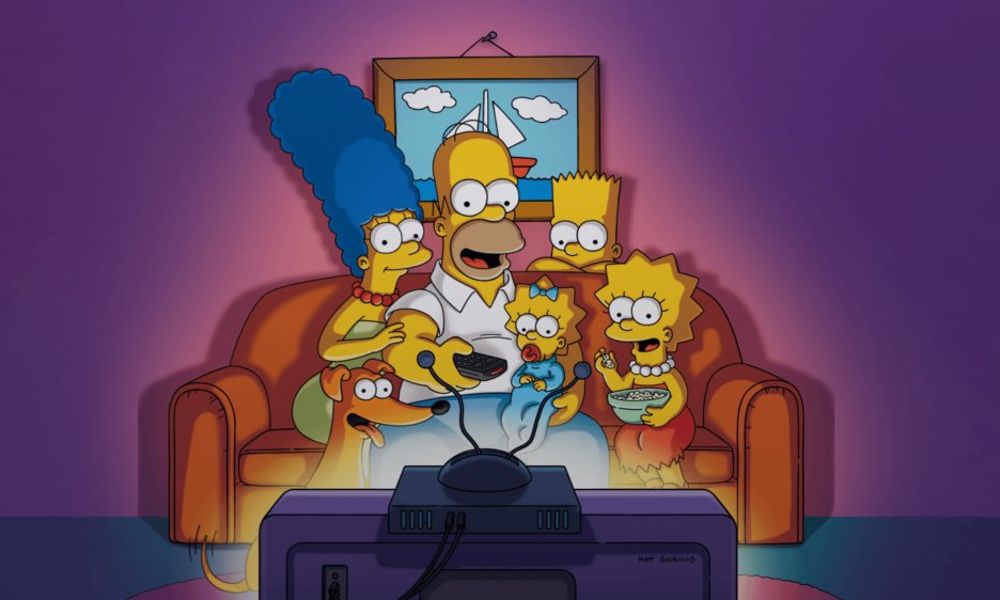 FOX has renewed its Emmy Award-winning, record-setting Animation Domination staple The Simpsons for its 33rd and 34th seasons on FOX, carrying the series into 2023 and a total of 757 episodes. As cartoon patriarch Homer Simpson hopefully put it, “Woo Hoo! With any luck the show will soon be older than I am.”

“Everyone at The Simpsons is thrilled to be renewed once more, and we are planning lots of big surprises,” creator & exec producer Matt Groening added. “Homer will lose a hair, Milhouse will get contact lenses, and Bart will celebrate his tenth birthday for the thirty-third time.”

“It’s a sincere pleasure to announce the Season 33 and 34 pick-ups for The Simpsons. We keep hoping that, eventually, they’ll get it right,” said Charlie Collier, CEO, FOX Entertainment. “Profound respect for and congratulations to Matt, Jim, Al and the many other wonderful partners working really hard to finally elevate The Tracey Ullman Show. As they say, ‘practice makes perfect.’”

The longest-running primetime scripted show in television history, The Simpsons exploded into popular culture in 1990 and has remained one of the most groundbreaking and innovative entertainment franchises, recognizable throughout the world. (“My biggest move was in the very beginning when I decided to never uncross my fingers,” said executive producer James L. Brooks.) Homer (Dan Castellaneta), Marge (Julie Kavner), Bart (Nancy Cartwright), Lisa (Yeardley Smith) and Maggie are instantly identifiable television icons. Rounding out this cast of characters are many beloved Springfield residents, including tavern proprietor Moe Szyslak (Hank Azaria) and nuclear power plant owner Mr. Burns (Harry Shearer).

“Original, brilliant, outrageously funny, prophetic… there aren’t enough positive adjectives to describe this genius comedy which continues to entertain viewers of all ages,” commented Dana Walden, Chairman of Entertainment, Walt Disney Television. “Jim Brooks, Matt Groening and Al Jean lead a team of all-stars who hold such a high bar for themselves and leap over it with each spectacular episode. On behalf of everyone at our studio and the millions of fans of The Simpsons around the world, I want to thank our wonderful partners at FOX for making this a truly great day.”

On the next all-new episode, “Yokel Hero,” airing this Sunday, March 7 (8:00-8:30 p.m. ET/PT), Cletus becomes a singing sensation, while Homer becomes a new man. Then Cletus turns on his fans, ruining everything. Albert Brooks makes a guest-voice appearance.

This season, The Simpsons is averaging 7.0 million viewers across all platforms, marking a +146% lift from Live + Same Day. Television’s most-followed program, with 63 million social media fans, The Simpsons’ Season 32 premiere last September was its highest-rated return in five years, most-watched launch in six years and most-streamed premiere ever on Hulu and FOX NOW.

The Simpsons is a Gracie Films Production in association with 20th Television. Brooks, Groening, Al Jean and Matt Selman are the executive producers. The Gracie Films Worldwide Brand Division develops and produces the licensed content for the series. Keep up with the show @TheSimpsons on Facebook, Twitter and Instagram.