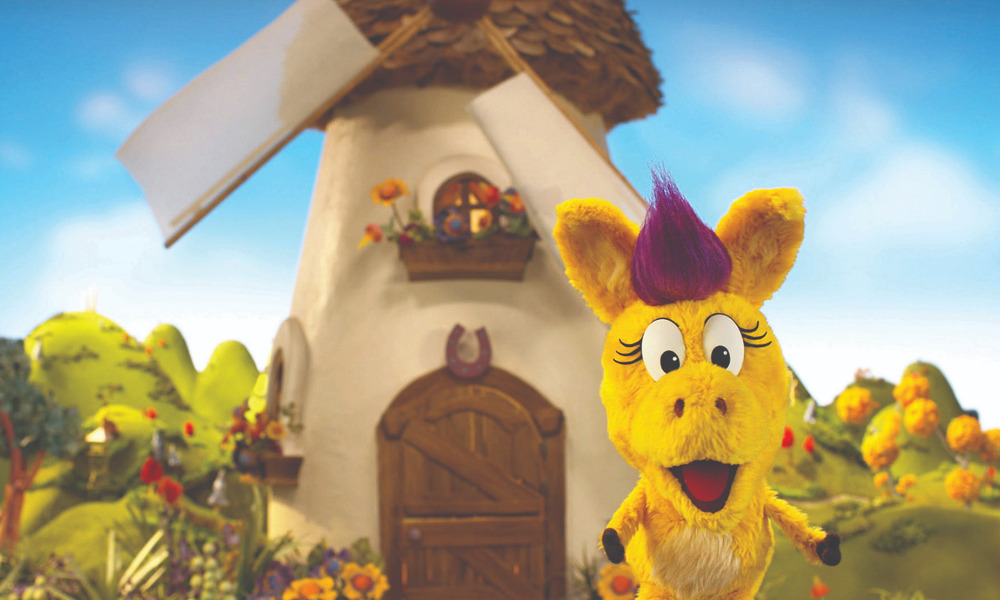 Hit puppet series Donkey Hodie has been greenlit for a second season on PBS KIDS, set to premiere in Spring 2023. Inspired by original characters from Mister Rogers’ Neighborhood, the social-emotional learning series for kids ages 3-5 empowers viewers to dream big and overcome obstacles through practicing skills including resilience, persistence and problem solving.

“Since its premiere last year, Donkey Hodie has brought engaging stories full of fun, humor, and important life lessons to kids across the country, helping them to see a world of possibilities,” said Sara DeWitt, Senior Vice President and General Manager, Children’s Media and Education, PBS. “We couldn’t be happier to bring a second season of adventures from Donkey and her friends to PBS KIDS.”

“Woven into every light-hearted Donkey Hodie story is the central theme of resilience, which is an essential skill for children — and it’s one that can be learned,” said Ellen Doherty, Chief Creative Officer for Fred Rogers Productions, who developed the show and serves as an executive producer. “Donkey and her pals model positivity and persistence through stories focusing on being flexible and adapting to change, cooperating with your friends, managing big feelings, and more. Giving young children examples of how to overcome obstacles is especially important now given the unique challenges of the last two years.”

Series creators/exec producers Adam Rudman and David Rudman, Co-Founders of Spiffy Pictures, enthused, “We are excited to tell more silly, surprising, and endearing stories as we dive deeper into these beloved characters’ backstories and introduce kids and their families to some new neighbors and locales of the whimsical world of Someplace Else.”

Season 2 of Donkey Hodie will feature 25 half-hour episodes including two specials. This season will introduce viewers to new pals and locations in Someplace Else, a world where everyone is welcome and can pursue their big dreams. They’ll also learn more about the series’ main characters and explore all-new stories, while modeling and practicing key learning goals — including empathy, perspective-taking, understanding and managing feelings, and more.

Inspired by the funny, quirky side of children’s TV pioneer Fred Rogers, Donkey Hodie is set in the whimsical land of Someplace Else. The imaginative puppet series follows the adventures of Donkey Hodie, an enthusiastic and charming go-getter who takes on each day with curiosity and resilience, and her pals: Purple Panda, her loyal and empathetic best friend who wears his big heart on his sleeve; Duck Duck, a practical, quick-witted young mallard who loves to figure things out; and Bob Dog, an energetic and eager canine who is always ready to fetch a ball or boogie to music. 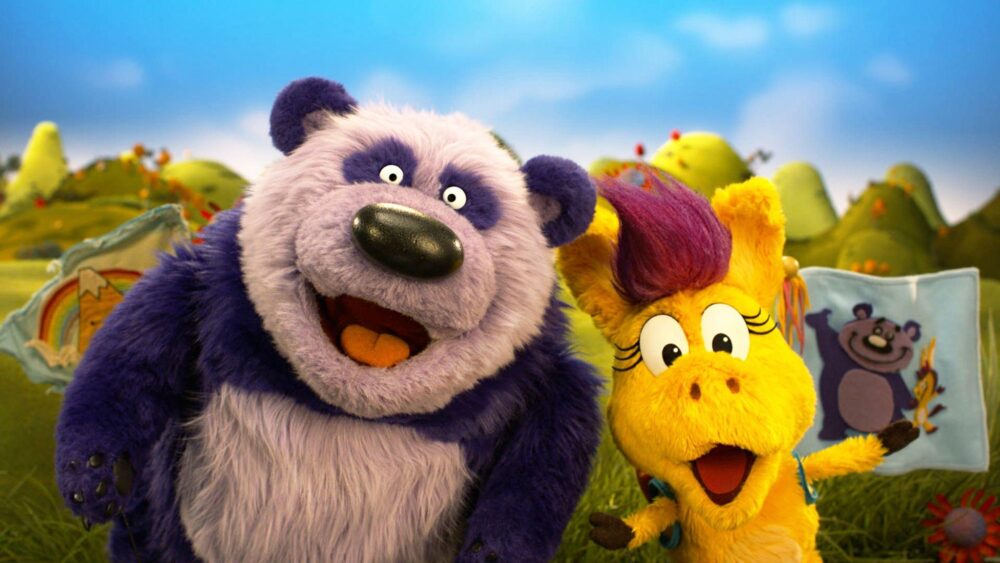 Simon & Schuster Children’s Publishing is the publishing partner for the series with a wide range of books that began rolling out in December 2021. U.S. agent Licensing Street is developing a full-scale merchandising program for Donkey Hodie. The debut range of toys from Jada Toys (master toy) is set to begin arriving at retail next spring. The show’s first album, Here Comes Donkey Hodie, in partnership with Warner Music Group’s Arts Music division, will debut on April 8. The album will be available on all digital platforms and features 16 tracks from the series, including the theme song as well as three reimagined Fred Rogers songs from Mister Rogers’ Neighborhood.