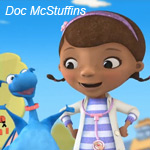 Disney Junior’s hit animated series Doc McStuffins will play a big part in the cabler’s Black History Month celebration this month. The young African-American girl who talks to her toys and knows how to make them feel better will be starring in interstitials along with three real-life physicians who share stories about their jobs and heroes.

The inspiring shorts will debut on Disney Channel and Disney Junior on Friday, February 1 (10:25 a.m. ET/PT and 4:25 p.m. ET/PT, respectively) following a new Doc McStuffins Valentine’s Day themed episode. More interstitials featuring the three doctors will begin rolling out in the spring and will air regularly on both platforms.

The preschool toon inspired a group of female African-American physicians to begin a “movement” they coined, “We Are Doc McStuffins.” Seeing a reflection of themselves in the Doc character and the opportunity to inspire young girls, the group grew to form the Artemis Medical Society, an organization of over 2500 female African-American physicians and medical students from around the world.

The interstitials feature three of the founding members of the “We Are Doc McStuffins” movement—Dr. Myiesha Taylor, an emergency doctor based in Dallas; Dr. Aletha Maybank, a pediatrician in New York City; and Dr. Naeemah Ghafur, a family doctor in Los Angeles who provides specialized care for the underserved, including the elderly and patients with high-risk illnesses.

Dr. Taylor said, “Doc McStuffins is a wonderful inspiration and we’re pleased to be part of extending Disney Channel’s role model message so girls and most especially African-American girls can be inspired to pursue a career in medicine.” 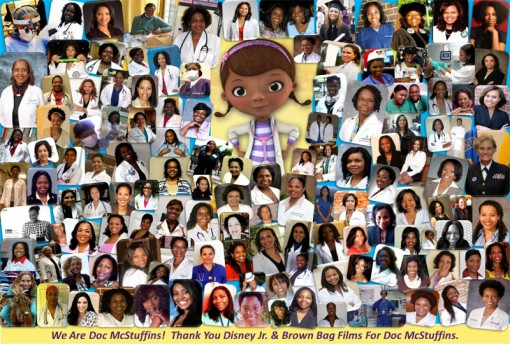 “We Are Doc McStuffins”