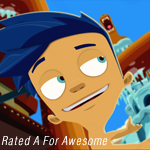 Disney announced the launch of Rated A for Awesome, a new CG animated series developed and produced by the company’s London-based production hub for Europe, the Middle East and Africa.

Following the adventures of four ordinary kids and a monkey with perfect hair who are on a quest to make the world more awesome, the series is co-produced with Canada-based Nerd Corps Entertainment and YTV. It will premiere on Disney XD in June with the first of 52 episodes and will air in more than 129 countries.

Here’s an advance taste — a look at the opening sequence for the show:

And here are some images from the series: 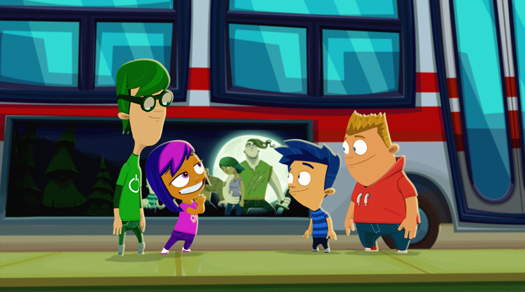 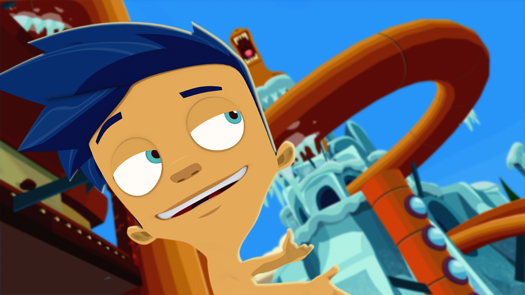 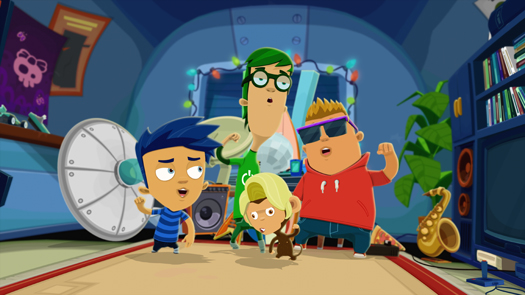 Created in May 2007, the EMEA production hub drives the investment in and development of long form animation outside of North America, for both European and global distribution. It has created  series such as Kid vs Kat, Jimmy Two Shoes and Jungle Junction.

“We are confident our viewers will enjoy watching Lester B. Awesome lead his crew on quests to awesomize as much as we do,” Marc Buhaj, senior VP original programming for Disney Channels in EMEA. “These are five best friends who pull together as one team, using their skills and imagination to deliver action, adventure and plenty of laughs along the way!”

Rated A for Awesome will be broadcast on Disney XD across the UK, Europe, Middle East and Africa, Latin America and parts of Asia, starting with the June world premiere in the United States.