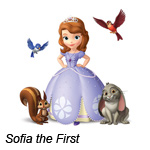 Following its highly watched movie premiere, Disney’s newest animated star, Sofia the First will begin its series run on Friday, January 11 on Disney Channel at 9:30 a.m. and on Disney Junior at 5:30 p.m. Created for kids 2-7 and their parents/caregivers, Sofia the First tells the story of an ordinary girl who becomes a princess and, throughout her journey, learns that possessing the characteristics of a true princess – honesty, loyalty, compassion and grace – is what makes one truly royal.

Classic Disney Princesses Ariel, Aurora, Belle and Jasmine make special appearances in event episodes throughout the year, offering Sofia words of wisdom when she needs them most. Fauna, Flora and Merryweather (the fairy godmothers of Disney’s Sleeping Beauty) are featured as the headmistresses of Sofia’s new school, Royal Prep Academy.

In early January, www.disneyjunior.com/sofia will launch the new game, “Minimus the Great,” where players can help Sofia take care of her horse Minimus and train for the big Royal Prep Flying Derby race. 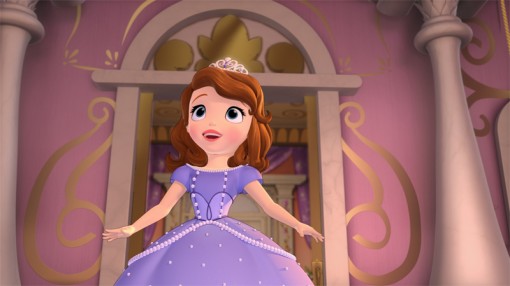