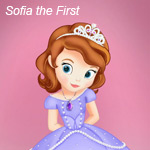 It seems like yesterday when Disney’s Princess Tiana (Princess and the Frog) generated lots of debate over the depiction of multicultural characters in animated films and TV shows. Now, the studio’s latest princess Sofia the First, who stars in the Disney Channel movie on November 18 and will lead her own TV series next year has sparked some controversy over her ethnicity.

The show’s producers have noted that he new princess’ ethnicity is being presented as a “matter-of-fact situation rather than an overt thing.”

“We need more heroes right now that are very identifiable. We’re in a time where Latinos are taking the blame for everything that is wrong with America. This is not a time to pussyfoot around. If you’re going to promote this to the public, and Latinos in particular, do us a favor and make it a real Latina. Are they afraid that some people are not going to accept this princess because she is Latina?”

“Some of you may have seen the recent news stories on whether Sofia is or isn’t a ‘Latina princess.’ What’s important to know is that Sofia is a fairytale girl who lives in a fairytale world. All our characters come from fantasy lands that may reflect elements of various cultures and ethnicities but none are meant to specifically represent those real world cultures. The writers have wisely chosen to write stories that include elements that will be familiar and relatable to kids from many different backgrounds including Spain and Latin America. For example, Sofia’s mom comes from a fictitious land, Galdiz, which was inspired by Spain. … Sofia’s world reflects the ethnically diverse world we live in but it is not OUR world, it is a fairytale and storybook world that we hope will help spur a child’s imagination. It’s one where we can have flying horses, schools led by fairies, songs that have a Latin beat and towns with markets like those found in North Africa. Together, this creates a world of diversity and inclusion that sends just the right kind of message to all children – ‘Look around you, appreciate the differences you see and celebrate what makes us all the same.’ I am eager for you and your children to meet Sofia and experience her world together!”

“This is the story of an ordinary girl who becomes a princess and learns that being truly royal comes from within….It’s a world of fantasy and enchantment, but at the heart of the show are characters and stories that modern children can relate to. Princess Sofia is a mixed-heritage princess in a fairy-tale world. Her mother is originally from an enchanted kingdom inspired by Spain (Galdiz) and her birth father hailed from an enchanted kingdom inspired by Scandinavia. Sofia was born and raised in Enchancia, which is a make-believe “melting pot” kingdom patterned on the British Isles. Sofia considers herself a normal Enchancian girl like any other. Her mixed heritage and blended family are a reflection of what many children today experience…. Sofia has diverse roots—as does the world she lives in —and we will learn more about her extended Galdizian family during the series.”

In addition, Marcela Davison Aviles, President & CEO of Mexican Heritage Corporation, who works as cultural consultant on Disney Junior’s Handy Manny also noted, “I know that Disney embraces diversity and inclusiveness and I also am very familiar with Disney’s celebration of Latino heritage – whether through its 30 plus year celebration of traditional Mexican music at Epcot Center, its ground-breaking bilingual and culturally relevant work on the Handy Manny program, or its support of industry training programs with groups such as the National Hispanic Media Coalition.

“Disney execs have already provided a detailed explanation on the creation of Sofia’s character and the fictional world she lives in. In this instance, the fictional kingdom embraces and is informed by the cultural heritage of many different countries and ethnic groups. In my opinion, use of the term “Latina” by one individual associated with the production to refer to a character whose heritage is influenced by European cultures was unfortunate because it is not an accurate use of the term as many in our community understand its meaning – but I believe this error was a well–meaning attempt to celebrate diversity – and I can assure you Disney leadership embraces the complexity, diversity, and beauty of our Latino/Hispano/Indigenous community. I’ll bet folks at the company are using this as a “teachable moment” to improve on that effort. I’m looking forward to meeting Sofia and to Disney’s future efforts to illuminate our diverse melting pot, including the varied colors which thread our tapestry of Latino identity.”

Over the past two decades, Disney has made a concentrated push to increase the diversity of the studio’s princesses. During the 1990s, We saw the addition of the Middle Eastern Jasmine, the Asian Mulan and the Native American Pocahontas, while The Princess and the Frog‘s Tiana became the first African American Disney princess in 2009.

It should also be noted that Disney Jr.’s hugely successful new animated series Doc McStuffins centers on a delightful African American girl who has become an excellent role model for young viewers all over the world. 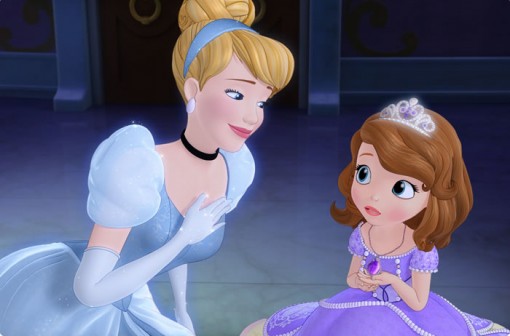