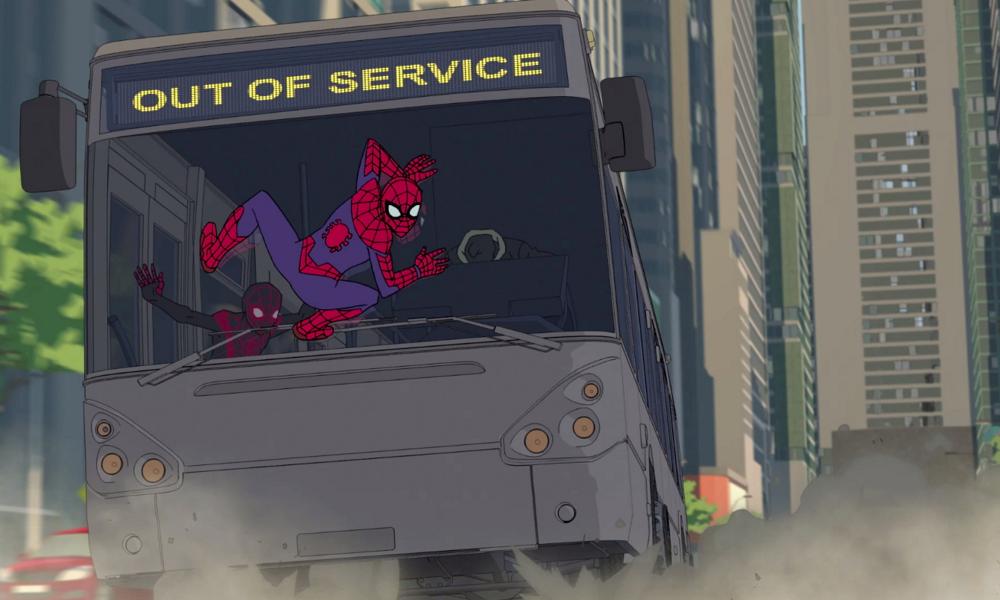 The summer home viewing season is heating up, with Disney lining up a raft of episode premieres of popular kids’ favorites on broadcast, exciting streaming content and special programs that revisit animated favorites.

The can’t-miss behind-the-scenes treat of this month’s Disney+ lineup is Into the Unknown: Making Frozen 2, a new docuseries spotlighting the filmmakers, artists, songwriters and cast behind the No. 1 animated feature of all time. And family movie night will get a boost with the streaming-first premiere of Kenneth Branagh’s Artemis Fowl, based on the beloved book by Eoin Colfer. Plus, the finale of Disney Gallery: The Mandalorian, new library titles, and more. (Scroll down for more info.) 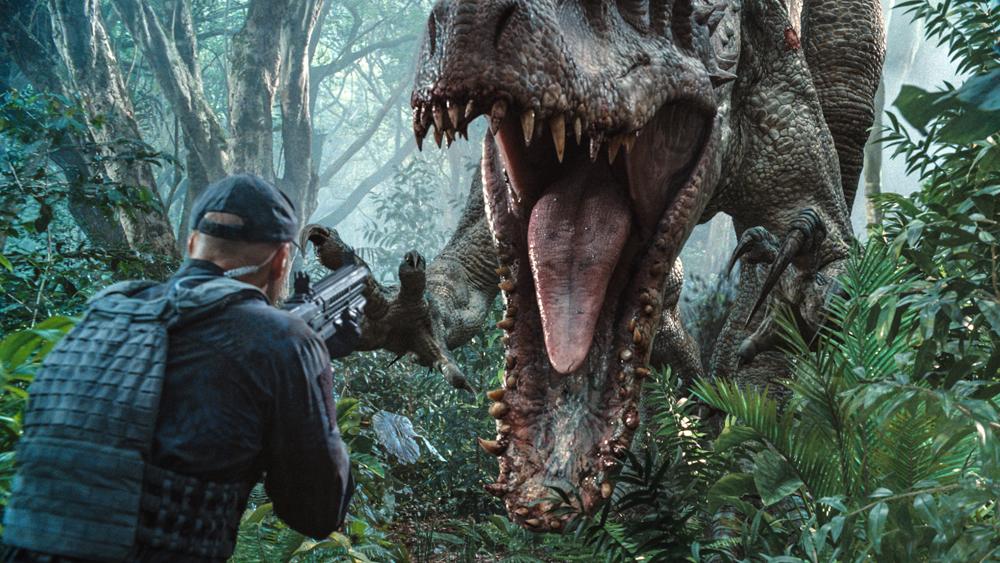 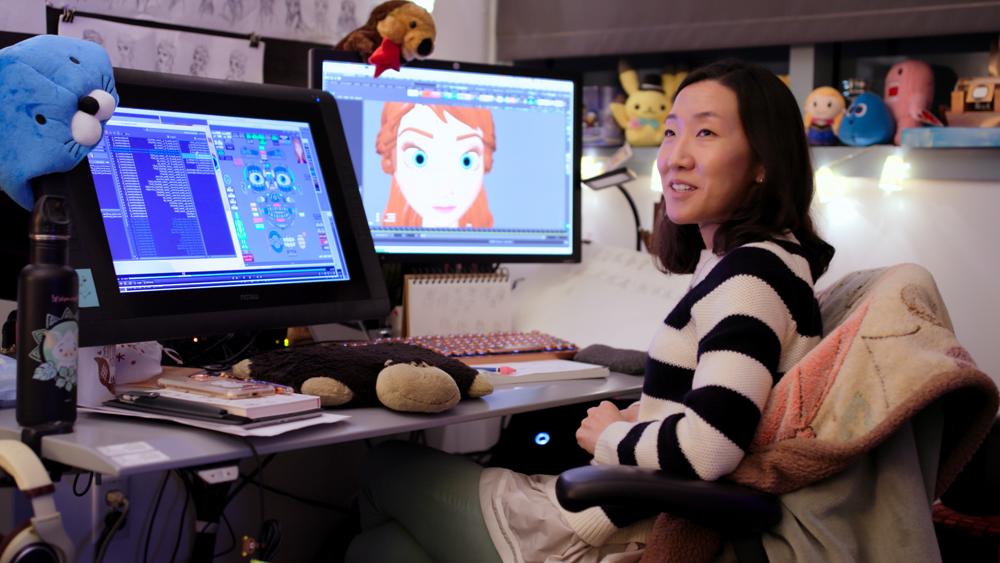 Into the Unknown: Making Frozen 2

Disney Gallery: The Mandalorian Episode 106 – “Visualization” Much like the original trilogy, The Mandalorian drew influences from both Western and Samurai films. We delve deeper into those influences and discuss how emulating those genres inspired the show.

Library: The Story of the Animated Drawing, Walt & El Grupo

Artemis Fowl PREMIERE A spellbinding adventure that follows the journey of 12-year-old genius Artemis Fowl, a descendant of a long line of criminal masterminds, as he desperately tries to save his father who has been kidnapped. In order to pay his ransom, Artemis must infiltrate an ancient, underground civilization — the amazingly advanced world of fairies — and bring the kidnapper the Aculos, the fairies’ most powerful and coveted magical device. To locate the elusive object, cunning Artemis concocts a dangerous plan — so dangerous that he ultimately finds himself in a perilous war of wits with the all-powerful fairies.

Disney Gallery: The Mandalorian Episode 107 – “Score” We meet Ludwig Göransson inside his studio where he details how The Mandalorian’s musical themes were written. We then journey to the scoring stage to witness the live orchestra recording session.

One Day At Disney Episode 128 – “Scot Drake: Imagineering Creative” Scot Drake, Creative Executive of the Marvel Global Portfolio for Walt Disney Imagineering, helps create immersive Super Hero experiences in Disney parks and resorts around the world. From state-of-the-art attractions to groundbreaking character interactions, Scot strives to create once in a lifetime moments for parkgoers that allow these stories to reach audiences in new and thrilling ways.

Disney Gallery: The Mandalorian FINALE Episode 108 – “Connections” Jon and Dave look back at some of the Star Wars characters and props that made their way into The Mandalorian. We also take a moment to showcase the 501st legion.

Into the Unknown: Making Frozen 2 SERIES PREMIERE (All Six Episodes Available) With the clock ticking and less than a year until the world premiere of Frozen 2, the filmmakers, artists, songwriters and cast open their doors to cameras for a six-part documentary series to reveal the hard work, heart, and collaboration it takes to create one of the most highly-anticipated films in Walt Disney Animation Studios’ near-century of moviemaking. For the first time, cameras were there to capture an eye-opening — and at times jaw-dropping — view of the challenges and the breakthroughs, the artistry, creativity and the complexity of creating the #1 animated feature of all time.

One Day At Disney Episode 130 “Marc Smith: Story Artist” Marc Smith, Director of Story, Frozen 2 at Walt Disney Animation Studios, shows how a drawing can become the key to a moving, emotional story. As he sketches characters, Smith emotionally engages with his work to create a bond between himself and the character. Marc blurs the line between fiction and reality, resulting in a lifelike portrayal on the screen. 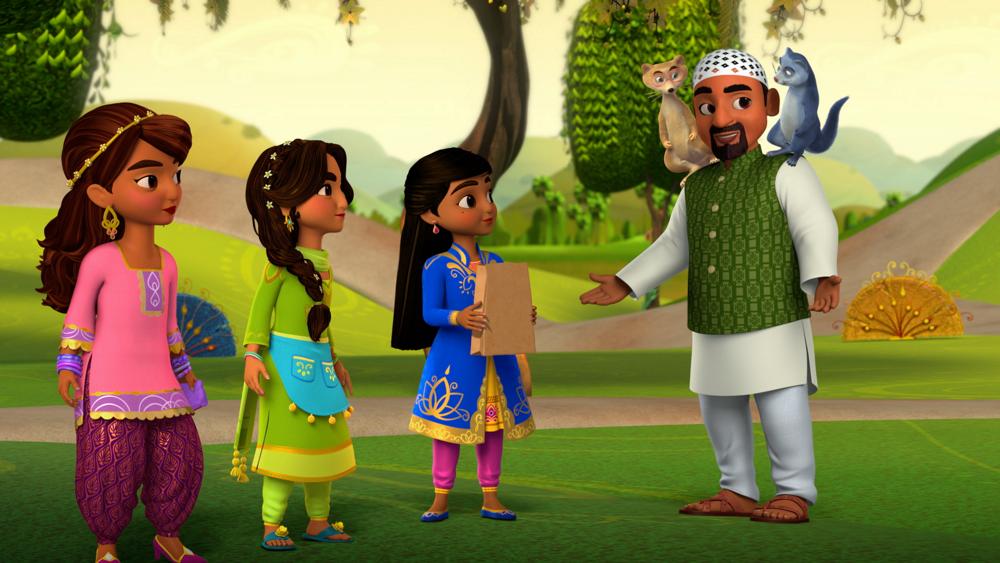 8:30-9:00 A.M. EDT (Disney Channel) Muppet Babies “Animal Gets the Sneezies/Library Leapfrog” – When Animal gets a case of the sneezies, he doesn’t want to go to the doctor. / In preparation for their library trip, Piggy and Summer show Robin all the wonderful places books can take you.

12:00-12:30 P.M. EDT (Disney Junior) Fancy Nancy “Nancy Takes the Case/The Dynamic Deux” – Nancy must solve a crime where the suspects are all her best friends! / Nancy returns as Dazzle Girl with her new super-partner, Dragonfly!

9:00-9:30 A.M. EDT (Disney Channel) Mira, Royal Detective “Mikku and Chikku: Doll Detectives/The Case of the Moving Day Meddler” – Mikku and Chikku decide to open their own detective agency, but when their first investigation goes awry, Mira must step in and lend a hand. / Mira sets out on the case to find the culprit who keeps messing up the plans for Dhruv’s family to move away from town. Karen David (Once Upon a Time) and Rizwan Manji (Schitt’s Creek) recur as Shilpa and Ajay Sharma, respectively.

12:00-12:30 P.M. EDT (Disney Junior) Fancy Nancy “The Whisper Heard Round the World/Nancy Braves the Storm” – After Nancy breaks a promise, she must find a way to restore Lionel’s trust in her. / When a storm blows a tree down on Nancy’s playhouse, she becomes afraid.

8:30-9:00 A.M. EDT (Disney Channel) Muppet Babies “The Spoon in the Stone/Gonzonocchio” – When Rowlf tells a story about the Spoon in the Stone, Animal, Gonzo, and Piggy race off on a quest to become the greatest knight. / When Gonzo loses his library book, he tells tall tales to cover the truth.

9:00-9:30 A.M. EDT (Disney Channel) T.O.T.S. “Daddy Delivery/Junior Flyer JP” – While Pip and Freddy make a delivery on Father’s Day, a baby Hedgehog gets stuck atop a hill and is too afraid to come down. / Pip and Freddy help JP become a Super Duper Flier again after he gets demoted for failing to take a test.

9:00-10:00 P.M. EDT (Disney XD) Marvel’s Spider-Man: Maximum Venom “Vengeance of Venom” – In the midst of a symbiote attack on New York, Spider-Man must convince Marc Spector, a survivalist who has recently given up his secret hero identity as Moon Knight, to help him defend the city. Peter Giles (The Life & Times of Tim) guest stars as Moon Knight/Marc Spector; Olivia Holt and Aubrey Joseph return as Dagger and Cloak, respectively.

8:30-9:00 A.M. EDT (Disney Channel) Muppet Babies “Summer’s Big Kerfloofle/Frog Scouts” – When Bunsen and Beaker bring a Floofle to the playroom, it bonds with Summer. / Kermit, Robin and Carlos are so excited for their very first Frog Scouts outing, led by Mr. Manny.

9:30-10:00 A.M. EDT (Disney Channel) Puppy Dog Pals “Bob’s Blue Belt/The Playcare Heist” – Bob’s blue belt doesn’t arrive in time for his martial arts class photo, so Bingo and Rolly make it their mission to get him a belt. / When Keia realizes she accidentally left her favorite stuffed animal at Playcare, she and the pugs set off to rescue the toy after hours.