Future-Worm!, created by Emmy Award-winning director Ryan Quincy (South Park, IFC’s Out There), is coming to Disney XD in short-form and a full-length series beginning this fall.

Quincy, who joined the Disney Television Animation team in 2013, is the executive producer.

Future-Worm! follows Danny, an optimistic 12-year-old who creates a time machine lunch box and befriends Future Worm, a fearless worm from the future. Together, the duo navigate through space, time and study hall, embarking on adventures and spontaneously making up new ones along the way.

Providing the voice of Danny is Andy Milonakis (Kroll Show). Future-Worm! is voiced by James Adomian (The Late Late Show with Craig Ferguson).

Future-Worm! is a production of Disney Television Animation, which is part of the Disney | ABC Television Group at The Walt Disney Company. 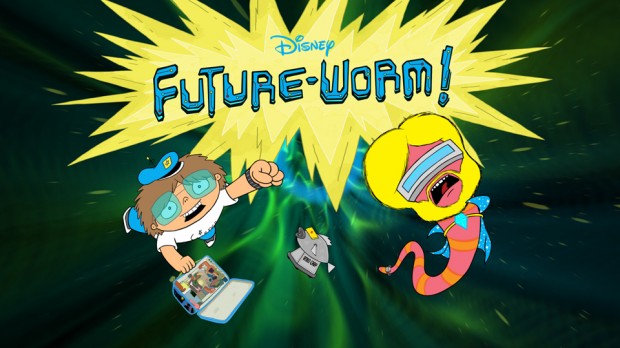