The crack creative team behind the highly anticipated new DuckTales series has been revealed — along with fresh teaser artwork — leading into this week’s Comic-Con International. The 2D animated show will launch on Disney XD in 2017 and follow the all-new adventures of Scrooge McDuck, his grandnephews Huey, Dewey and Louie, and Donald Duck.

DuckTales will be executive produced by Annie Award nominee Matt Youngberg (Ben 10: Omniverse). The story editor and co-producer is Francisco Angones (Wander Over Yonder) and the art director is Sean Jimenez (Gravity Falls). The show is being produced by Disney Television Animation.

The newly revealed artwork — created by the series art team lead by Youngberg and Jimenez — will grace the back of the DuckTales Cinestory Vol. 1 comic that will debut on the show floor at CCI on July 20. The comic is a collectible edition featuring a retelling of the first five original DuckTales episodes, and will be available nationwide September 27. 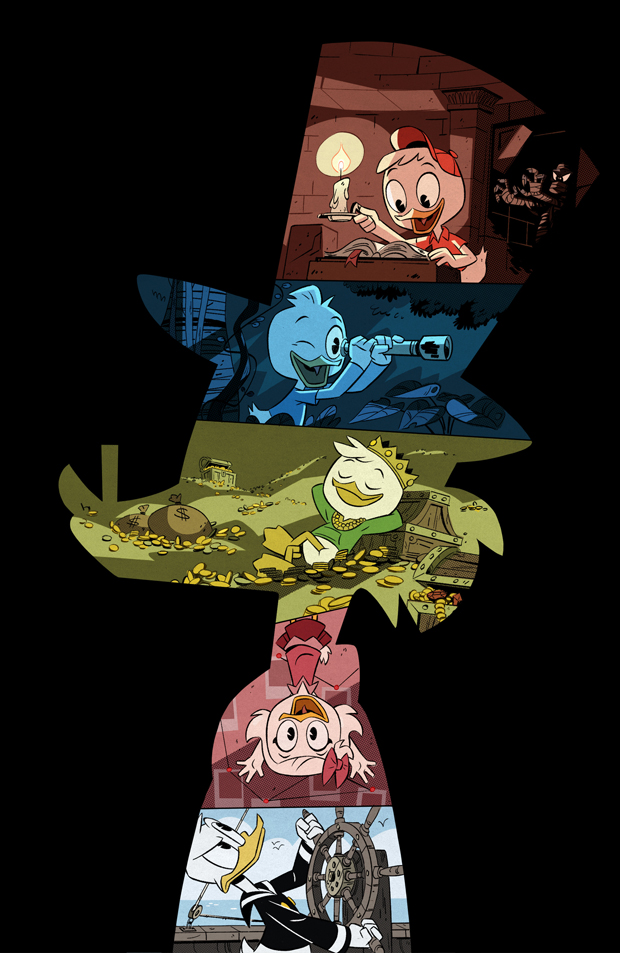