Disney XD has ordered a second season of Daron Nefcy’s upcoming animated comedy Star vs. The Forces of Evil ahead of its premiere on Monday, March 30 at 8 p.m. ET/PT. The announcement was made by SVP of programming and general manager for Disney XD Marc Buhaj.

“We’ve seen an instant connection across social media to Daron’s characters Star and Marco, a pair who brings their own unique voice to Disney XD,” Buhaj said. “Since previewing the series’ opening title at last year’s Comic-Con, hundreds of fan art pieces have been generated before the show has even premiered. We are eager to share Star vs. The Forces of Evil with our audiences around the world.”

The show follows fiercely awesome teen princess Star Butterfly (Eden Sher). After receiving an all-powerful magic wand for her 14th birthday, Star is sent by her Royal Parents to live with the Diaz family on Earth, bringing along her own unique inter-dimensional style to her new home. Together with the Diaz’s teenage son, Marco (Adam McArthur), they navigate high school and embark on dimension-hopping adventures across the multiverse while keeping her wand out of the clutches of arch-nemesis Ludo (Alan Tudyk) and his monstrous forces of evil. 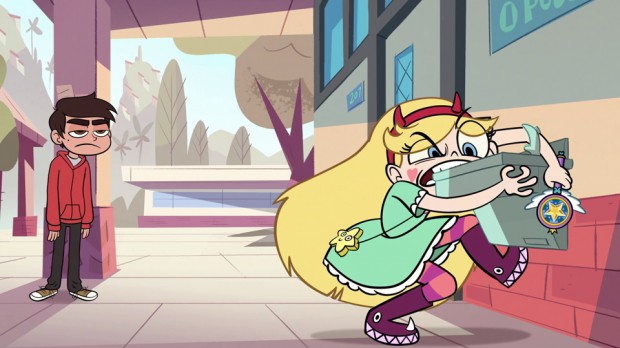