It’s turning out to be a healthy week for renewal orders in the television animation sphere, with Disney XD ordering second seasons of its Marvel Universe shows, and Cartoon Network renewing five of its acclaimed original series.

Disney XD has ordered season two of Marvel’s Avengers Assemble (co-exec produced by Man of Action Studios) — which will find the heroic team tackling some of the franchise’s most infamous villains — and of Hulk and the Agents of S.M.A.S.H., which will launch Hulk and his hulky cohorts on an epic mission as “Planet Hulk” changes everything for the agents; Joe Quesada and Jeph Loeb exec produce the series.

Over at Cartoon Network, orders have been dished out for new seasons of Adventure Time (created by Penn Ward) and Regular Show (JG Quintel), both of which will see seventh seasons, along with second seasons of Uncle Grandpa (Peter Browngardt) and Steven Universe (Rebecca Sugar), and 13 more half-hour episodes of Clarence (Skyler Page). 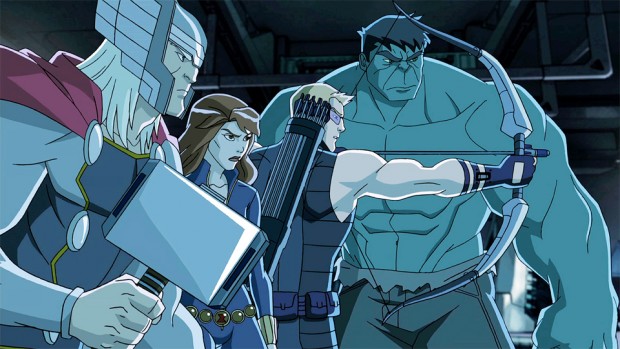