Team Hot Wheels is racing to Disney XD Canada with a pair of specials set to premiere this month on the network.

The first special is Team Hot Wheels: Origin of Awesome, which airs May 16 at 6:30 p.m. ET. The network describes it thusly:

“When a mysterious black car begins transforming the sleepy town of Hilly Woodlands into a wild mess of orange track and outrageous obstacles, four kids are tasked to stop it before the whole world is overrun with chaos. With the help of an eccentric gearhead scientist named Larry, these lifelong racing fanatics get the keys to the fastest, coolest cars of all time. Now Gage, Rhett, Wyatt and Brandon must learn to work together in order to out-race the mystery car and ultimately become Team Hot Wheels.”

“When a suspicious character comes to town selling new driverless cars, the citizens of Hilly Woodlands are thrilled. A car that takes you to work and makes you waffles – what could be better?  But the town soon learns that giving up the wheel means giving up your freedom, and it’s up to Team Hot Wheels to come to the rescue.”

New to the network from Mattel, the action-packed adventures follow a crew of skilled racers who work together to protect their quiet town from evil villains who roll in unexpectedly. 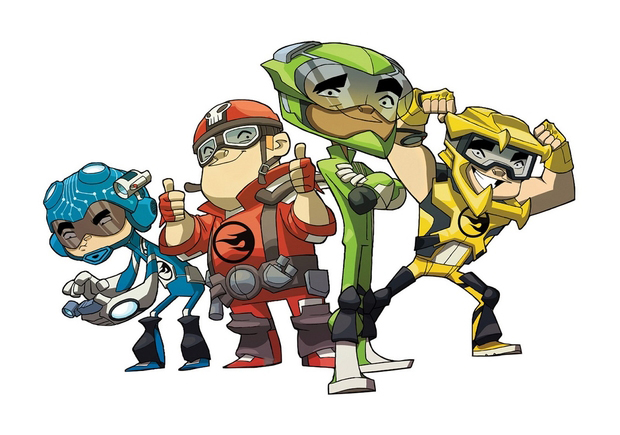