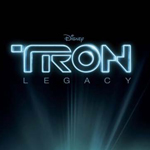 Prepare to greet the fighting programs of Tron through your TV starting in summer 2012.

Disney XD has ordered up a season of Tron: Uprising, which will spinoff the impending Tron: Legacy live-action feature film that follow up on the original 1982 movie, Variety reports.

Charlie Bean is slated to direct the series and serve as executive producer. He directed the series Robotboy and has writing and storyboard credits on such series as Samurai Jack, SpongeBob SquarePants and Dexter’s Laboratory.

Tron: Legacy writers Edward Kitsis and Adam Horowitz will serve as consulting producers, while the feature film’s co-producer also is on board.

Disney XD had already picked up a 10-part Tron microseries to air in fall 2011.

Chris Columbus, Timoon Team for Scary Larry
DreamWorks to Use Nuke for Compositing