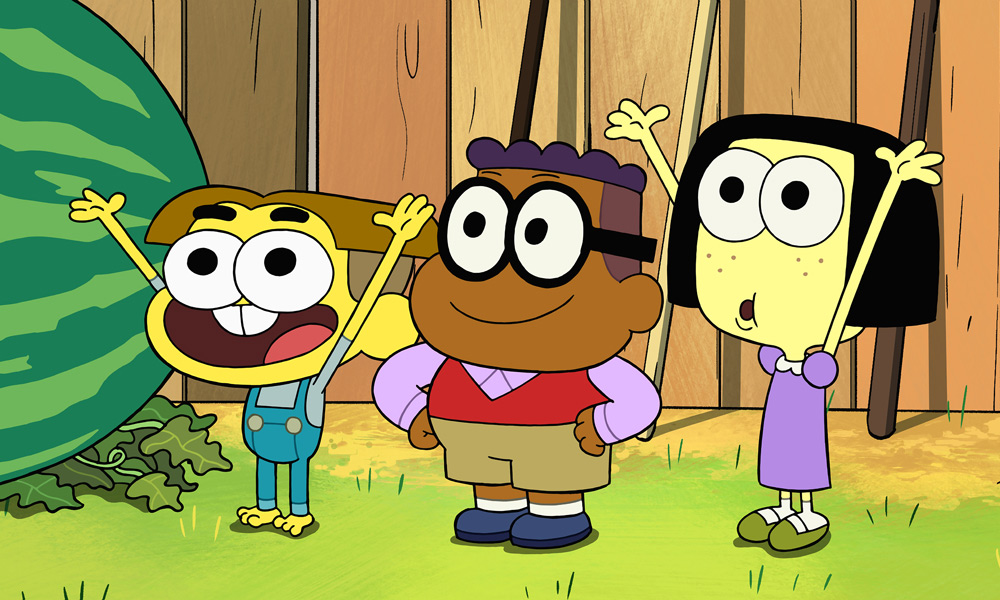 There’s plenty for young viewers to be thankful for on Disney TV channels next month. Highlights of November’s toon schedule across Disney Channel, Disney Junior and Disney XD include the series premiere of The Rocketeer on November 8, and the season two premiere of Big City Greens on Nov. 16, guest-starring Jonathan Van Ness, Thomas Middleditch and Anna Akana.

The schedule also packs in new episodes of Mickey Mouse Mixed-Up Adventures, T.O.T.S., Muppet Babies and Vampirina for the little ‘uns, as well as the continued adventures of Star Wars Resistance, Elana of Avalor and a new Goblin story arc in Marvel’s Spider-Man, with lots of fun guest stars lined up from Danny Trejo to Auli’i Cravalho!

9:30-10:00 P.M. EST (Disney XD) Marvel’s Spider-Man “The Road to Goblin War” Spider-Man must take down the slick new villain, Slyde, as he steals various chemicals from around the city in an effort to create a deadly virus that could wipe out New York.

9:30-10:00 A.M. EST (Disney Channel) T.O.T.S. “Bringing Baby Back/A Penguin in the Desert” Pip and Freddy show Peggy the Polar Bear the benefits of having a baby brother. | Pip and Freddy brave the desert heat to deliver a camel.

12:30-1:00 P.M. EST (Disney Channel) Elena of Avalor “Team Isa” When Elena falls under the spell of a magical bandit named Tito, it’s up to Isabel and her friends to save Elena and the kingdom. Anthony Ramos (Broadway’s Hamilton) guest stars as Tito.

9:30-10:00 A.M. EST (Disney Channel) T.O.T.S. “Out Foxed/Elephant in the Room” Freddy’s status as the best hide-and-seeker is challenged after he and Pip lose a baby fox. | Pip and Freddy help K.C. earn her first Golden Feather on Cleaning Day.

11:00-11:25 A.M. EST (Disney Channel) The Rocketeer “Carnival Caper/Songbird Soars Again” The Great Orsino and his traveling carnival arrive in Hughesville to steal Kit’s rocket-pack. | Kit befriends a former pilot, May Songbird, and helps her find the courage to fly her plane again. Phylicia Rashad (This Is Us) guest stars as May Songbird.

Saturday, Nov. 23
9:30-10:00 A.M. EST (Disney Channel) Big City Greens “Urban Legend/Wishing Well” When Bill learns that Gramma has been purposely creating a frightening reputation around town, he throws a barbeque to befriend the neighbors. | Cricket makes a wishing well to cash in on people making wishes, but when Tilly dumps all her savings into it, he is faced with a dilemma. Zeno Robinson (Young Justice) and Andy Daly (Review) return as Cricket’s best friend Remy and Officer Keys, respectively.

Saturday, Nov. 30
11:00-11:30 A.M. EST (Disney Junior) Vampirina “A Gargoyle Carol/Deliver-eeek!” When Gregoria is reluctant to embrace the human traditions of Christmas, she receives a visit from the Christmas Ghost who takes her on a journey to the past, present and future to help her get into the holiday spirit. | Vampirina and her family are excited to discover a new service that delivers specialty items from Transylvania. Nicole Sullivan (The King of Queens) guest stars as Cleo, a delivery witch.