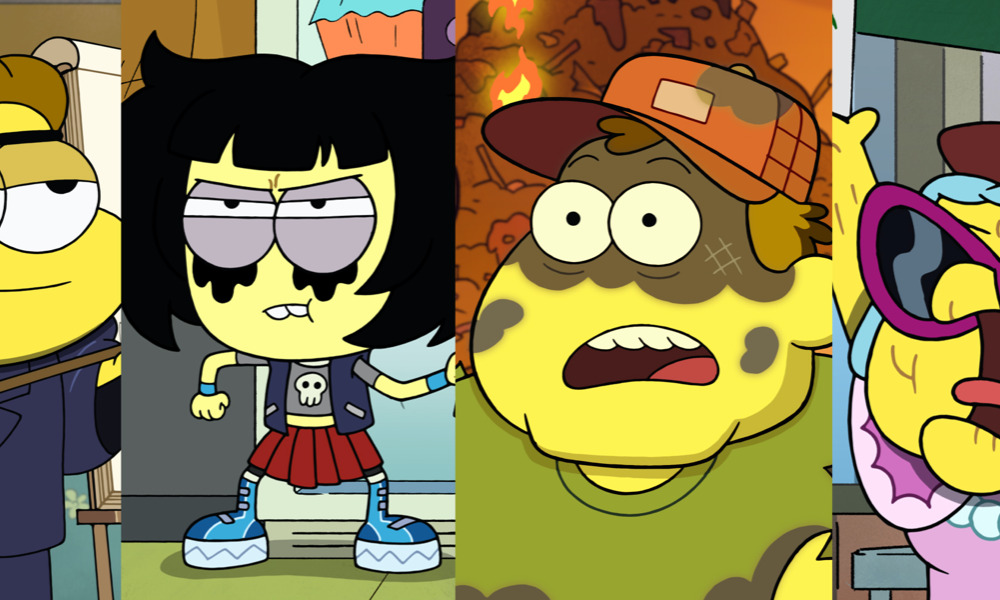 The Houghton brothers — Chris and Shane — creators and executive producers of the animated comedy Big City Greens, will join the echelon of format-leaping creative talent as their popular series spins off a movie musical for Disney Channel and Disney+. Disney’s #1 show also received a fourth season order from Disney Channel, tallying more than 100 episodes for the Daytime Emmy-winning and Annie Award-nominated comedy. The announcement was made by Ayo Davis, president of Disney Branded Television.

Davis said, “Chris, Shane and their crew made this decision an easy one because they consistently turn their wellspring of bold ideas into entertainment that connects with kids and families and appeals to fans of animation everywhere. They’re an important part of our TV animation studio which, guided by Meredith Roberts and her outstanding team, is key to our group’s creative footprint and success. Whether I’m at work or at home with my family, I join the millions of viewers around the world who are looking forward to all that Big City Greens has in store for us.”

Season three of Big City Greens premieres Saturday, February 12 (9 a.m. EST/PST), on Disney Channel. The story arc brings a big change for the optimistic mischief-maker Cricket Green, who moved from the country to the big city with his wildly out of place family: hard-working father Bill, sweet-and-sour Gramma Alice and quirky older sister Tilly, who later in season three will participate in a rite of passage event, one that’s uniquely Green style.

The first and second seasons are available on Disney+. The Houghton humor and creativity are also on display in two short-form Disney Channel series — Broken Karaoke and Random Rings — each featuring characters from Big City Greens.

The series is influenced by the Houghton’s childhood in the small rural town of St. Johns, Michigan, with locations and characters inspired by their real-life family members and townsfolk and their experiences upon departing rural farmland for college in big cities. Big City Greens premiered in 2018, and in 2021, the Houghtons entered into an overall deal at Disney Television Animation.

The movie and series creative team include Michael Coughlin (The Muppets) as producer, Stephen Sandoval (The Owl House) as co-executive producer and Joachim Horsley (Spirit Riding Free) as composer. Big City Greens is a production of Disney Television Animation and carries a TV-Y7 parental guideline.

The Houghtons are represented by Julie Kane-Ritsch of The Gotham Group and attorney Matthew Saver.