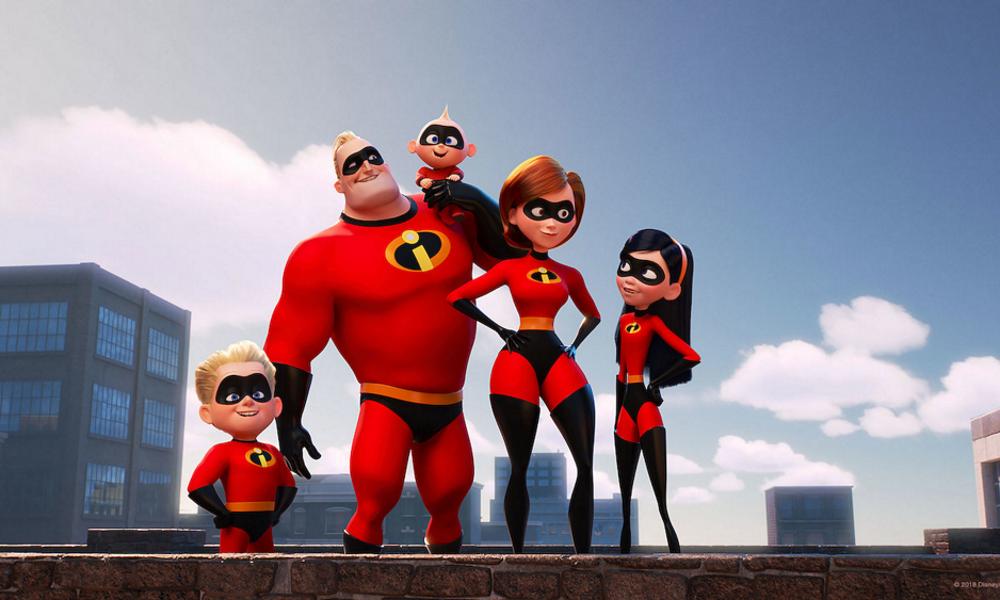 Streaming is steaming on Disney+, which is kicking off “Summer Movie Nights” in July with brand-new originals and blockbuster hits (including some animated favorites and VFX showstoppers). Beginning Friday, July 3 with the Disney+ premiere of Hamilton, the filmed version of the original Broadway production, and The Mighty Ducks, families and fans can come together to watch blockbuster hits and original movies premiering every week.

Some of the movies debuting during Disney+ Summer Movie Nights include:

X-Men: Days of Future Past – The unstoppable characters from the original X-Men film trilogy join forces with their younger selves in an epic struggle to change the past and save our future.

Solo: A Star Wars Story – Through a series of daring escapades, Han Solo befriends his mighty future copilot Chewbacca in an epic adventure directed by Ron Howard and written by Jonathan & Lawrence Kasdan.

X-Men: Apocalypse – Apocalypse, the most powerful mutant in the universe, tries to destroy all of mankind. To save humanity, Professor X leads the X-Men in a showdown that will determine the fate of the world.

Pirates of the Caribbean: Dead Men Tell No Tales – Captain Jack Sparrow is pursued by old rival Captain Salazar and a crew of deadly ghosts who escape from the Devil’s Triangle, determined to kill every pirate at sea…notably him.

Incredibles 2 – Helen is called on to help bring Supers back, and Bob must juggle the daily heroics of home life. But when a new villain arises with a sinister plot, the Parrs meet the challenge together!

X-Men – The X-Men, a group of mutants with extraordinary powers, wage a fight against both intolerance, and a fellow band of radical mutants intent on exterminating the human race.

The Peanuts Movie– Snoopy, the world’s most lovable beagle and flying ace takes to the skies to pursue his arch-nemesis The Red Baron, while his best pal, Charlie Brown, begins his own epic quest.

Ant-Man and the Wasp – As he struggles to balance his home life and Super Hero duties, Scott Lang finds he must suit up as Ant-Man again, joining the Wasp on an urgent mission to uncover secrets from the past.

The Greatest Showman – Hugh Jackman stars in this bold and original musical – inspired by the ambition and imagination of P.T. Barnum – celebrating the birth of show business and dreams coming to life.

Beauty and the Beast (2017) – The story and characters you love come to life in the live-action adaptation of Disney’s animated classic, a cinematic event celebrating one of the most beloved tales ever told.

Fantastic Four (2005) – Transformed into superheroes after surviving a disaster in space, The Fantastic Four struggle to reconcile their powers, responsibilities and relationships as a dysfunctional family. Overcoming their personal conflicts, they finally join forces to defeat Dr. Doom, the malevolent, metallic embodiment of their treacherous former patron.

Alice Through the Looking Glass – When Alice comes across a magical looking glass and returns to the fantastical realm of Underland, she discovers that her friend the Mad Hatter (Johnny Depp) has lost his Muchness and embarks on a perilous race to save him before time runs out.

The Wolverine – The Wolverine returns to face his ultimate nemesis in an action packed battle that takes him to modern day Japan; an epic fight that will change him forever.

These movies join Disney+’s growing library of fan-favorites including recent arrivals like Avengers: Infinity War, Artemis Fowl, Frozen 2 and Onward and upcoming movies debuting on the service later this summer including The One and Only Ivan and Phineas and Ferb The Movie: Candace Against the Universe. 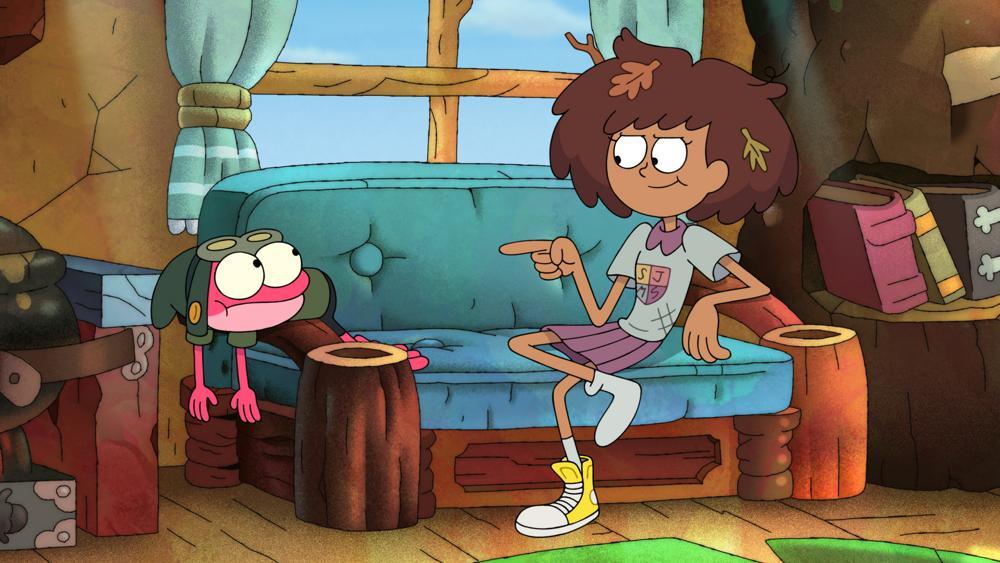 On the broadcast side, animation fans won’t want to miss the season 2 premiere of Amphibia on Disney Channel on Saturday, July 11 at 8:21 p.m., as well as exciting new adventures in stores for the plucky heroes of The Owl House and Big City Greens with visits from guest stars like Riki Lindhome, Wendi McLendon-Covey, Thomas Middleditch and Lauren Lapkus, while youngsters check in with their favorite canines on Bluey and Puppy Dog Pals before the month ends with a new case for Mira, Royal Detective. Plus, an all-new episode of Elena of Avalor premieres on Disney Junior this month.

9:00-9:30 A.M. EDT (Disney Channel) Puppy Dog Pals “The Lab Four/Feelin’ Antsy” – When a performance by Bob’s favorite band, The Walruses, is canceled, Bingo and Rolly make it their mission to ensure the show goes on. / When ants invade Playcare, the pugs must find a way to get them out.

8:00-8:30 A.M. EDT (Disney Channel) Bluey “Hammerbarn/Featherwand/Dance Mode” – While on a trip to the store, Bluey and Bingo create their own mini-homes side-by-side in the trolley. / When Bingo isn’t invited to Chloe’s party, she uses a magic featherwand to make things incredibly heavy. / After Dad eats her last chip, Bingo is given three chances to put Mum and Dad in “Dance Mode.”

8:00-8:21 P.M. EDT (Disney Channel) Big City Greens “Desserted/The Gifted” – Cricket treats his family to dinner, but Bill is suspicious about how he plans to pay for it. Riki Lindhome (Garfunkel and Oates) guest stars as Gina, a waitress. Wendi McLendon-Covey (The Goldbergs) returns as Nancy Green. / Tilly and Cricket battle to see if Bill lies about liking their Father’s Day gifts.

8:21-8:43 P.M. EDT (Disney Channel) SEASON 2 PREMIERE Amphibia “Handy Anne/Fort in the Road” – Worried that something bad could happen while they are in Newtopia, Anne decides to disaster-proof the farm. / Sprig longs for exotic road trip adventures, but Hop Pop’s strict road rules threaten to spoil all of his fun plans.

8:43-9:05 P.M. EDT (Disney Channel) The Owl House “Sense and Insensitivity” – When King becomes a bestselling author, he learns a valuable lesson in reading the fine print.

9:30-10:00 A.M. EDT (Disney Channel) Puppy Dog Pals “Suitcase Switcheroo/More Cowbell for Bob” – When Bob mixes up his suitcase with another traveler, the pugs head to Spain on a mission to retrieve it. Jaime Camil (“Jane the Virgin”) guest stars as Héctor. / Bob can’t find his signature instrument for the reunion of his high school rock band.

8:00-8:21 P.M. EDT (Disney Channel) Big City Greens “Time Crisis/Gramma Driver” – Remy’s plan for his whole life is thrown into question when he is unprepared for a violin recital. / Gramma becomes a rideshare driver, only to find her best customers are thieves. Thomas Middleditch (Silicon Valley) and Lauren Lapkus (Orange Is the New Black) guest star as thieves, Bash and Bella, respectively.

8:21-8:43 P.M. EDT (Disney Channel) Amphibia “The Ballad of Hopediah Plantar/Anne Hunter” – Hop Pop’s efforts to be hailed as a hero amongst some small-town folks backfires when he stands up to the wrong family. Jenifer Lewis (black-ish) and Keith Ferguson (DuckTales) guest star as Mama Hasselback and Judro Hasselback, respectively. / When the family is in danger, Anne must put her self-consciousness aside in order to learn the true way of the hunter.

8:43-9:04 P.M. EDT (Disney Channel) The Owl House “Adventures in the Elements” – Luz needs to learn a new spell, so Eda takes her to the most magical place on the island to train.

8:00-8:21 P.M. EDT (Disney Channel) Big City Greens “Tilly Style/I, Farmbot” – When Tilly is mistaken for a baby, she searches the mall for a new look to reflect her maturity. / Cricket persuades Bill to buy a farming robot in order to get out of chores. Jeff Bennett (Johnny Bravo) guest stars as robot F.R.A.N.K. Cheri Oteri (Saturday Night Live) returns as Gwendolyn Zapp.

8:43-9:05 P.M. EDT (Disney Channel) The Owl House “The First Day” – During Luz’s first day of Magic School, curiosity gets the best of her, and she finds herself thrown into the Delinquent Track, where she’s not allowed to learn magic. Ally Maki (Toy Story 4) and Noah Galvin (The Real O’Neals) guest star as Viney and Jerbo, respectively.

9:00-9:30 A.M. EDT (Disney Channel) Mira, Royal Detective “The Rakhi Mystery/Mystery Below the Palace” – When the bracelets that Mira and her friends made for the Rakhi holiday disappear, Mira sets out to find them before the celebration starts. / When strange sounds are heard at the palace, Queen Shanti asks Mira to find out what is causing the ruckus.