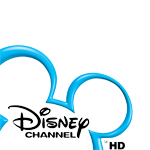 Disney TV Animation has decided to bite on a second-season order of the hit animated comedy Fish Hooks. It also has put in an order for a new animated comedy Gravity Falls, created by Alex Hirsch.

The studio describes Gravity Falls as “an imaginative, animated comedy about contemporary twins who are thrust into the mysterious town of Gravity Falls, Oregon.” It’s set to start airing on Disney Channel in spring 2012.

Coleman said: “The heart of our work is storytelling, and in these two outstanding projects we have the pleasure and privilege of working with a team of talented artists, in every sense of the word, who are delivering wonderfully imaginative characters and relevant stories to kids and families around the world.” He continued, “We’re gratified that viewers have responded so strongly and positively to ‘Fish Hooks,’ and we believe ‘Gravity Falls,’ will be a perfect addition to our growing lineup of shows that are fresh, contemporary and custom-made for our audience.”

Eye-catching and funny, “Fish Hooks” is led by former freelance illustrator Noah Z. Jones (children’s books Always in Trouble and Not Norman: A Goldfish Story) whose unique character designs and sensibility first came to the attention of Disney Television Animation executive Mike Moon via Jones’ website. Moon asked Jones if he’d ever thought about doing anything in TV and, two years later, Jones’ imaginative story of three tween fish navigating high school debuted. Since its September premiere, “Fish Hooks” is neck and neck with “Phineas and Ferb” as TV’s No. 1 animated series among Kids 6-11 (1.52 million/6.1 rating) and Tweens 9-14 (1.14 million/4.7 rating)*, and is also second only to Disney’s hit “Phineas and Ferb” for 2010.

Jones is creator and executive producer of the series, working with a veteran television animation team — executive producer Maxwell Atoms (“The Grim Adventures of Billy & Mandy”) and directors Carl Greenblatt and Bill Reiss (both of “Chowder”).

Rendered in 2D animation set against photo-real backgrounds, the “Fish Hooks” stories follow three best fish friends (BFFs) as they navigate their way through the choppy waters of high school. In the second season, stories will dive deeper into Bea, Milo and Oscar’s friendship and their adventures at Freshwater High with their classmates including Jocktopus, Shellsea and Clamantha.

Disney Television Animation has also received an order for the stylized series “Gravity Falls,” an imaginative, animated comedy about contemporary twins who are thrust into the mysterious town of Gravity Falls, Oregon. Slated for a spring 2012 premiere on Disney Channel, the series was created and will be executive-produced by Alex Hirsch (writer and storyboard artist on “The Marvelous Misadventures of Flapjack” and creative consultant on “Fish Hooks”).

“Gravity Falls” introduces twin brother and sister Dipper and Mabel Pines, whose summer plans are ruined when their parents ship them off to their Great Uncle Stan (aka “Grunkle Stan”) in Gravity Falls, Oregon. Grunkle Stan lives in and runs The Mystery Shack, a tourist trap which overcharges unlucky visitors for a glimpse at the world’s most bizarre museum, but little do Dipper and Mabel know that there really is something very strange going on and they must rely on one another to find their way in this unfamiliar town.

Disney Television Animation is an industry leader in the production of quality animated properties for television. Disney Channel is a 24-hour kid-driven, family inclusive television network that taps into the world of kids and families through original series and movies. Currently available on basic cable in over 99 million U.S. homes and to millions of other viewers on Disney Channels around the world, Disney Channel is part of the Disney/ABC Television Group.