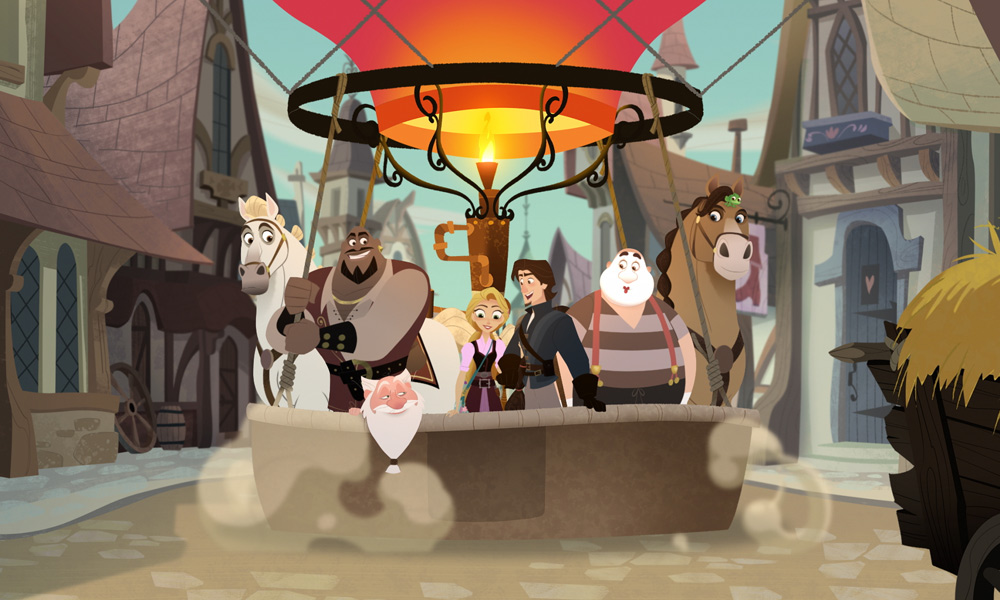 In the season three premiere, Rapunzel returns to the kingdom of Corona only to find that it has been taken over by an old enemy. Still reeling from Cassandra’s betrayal, Rapunzel must use her inner strength to save Corona and its people, including her parents, King Frederic and Queen Arianna. Sticking by her side is her partner in life, Eugene; her loyal chameleon sidekick, Pascal; no-nonsense and dutiful horse, Maximus; and Eugene’s best friend, Lance.

Guest voices for season three are Sean Giambrone (The Goldbergs) as the teenage version of Eugene, Khary Payton (The Walking Dead) as the new age thug Kai, Chris Diamantopoulos (Silicon Valley) as a budding Flynn Rider, Betsy Sodaro (Disjointed) as the memory-stealing witch Clementine, Artemis Pebdani (It’s Always Sunny in Philadelphia) as the werewolf hunter Creighton, Gina Torres (Suits) as the rival Queen of Ingvarr and Tara Fitzgerald (Game of Thrones) as Zhan Tiri, the ancient threat to Corona.

The series has been nominated for multiple Emmy Awards, including Outstanding Music Direction and Composition (2018) and Outstanding Casting for an Animated Series or Special (2018 and 2019). Rapunzel’s Tangled Adventure will continue to air on Disney Channel platforms around the world.