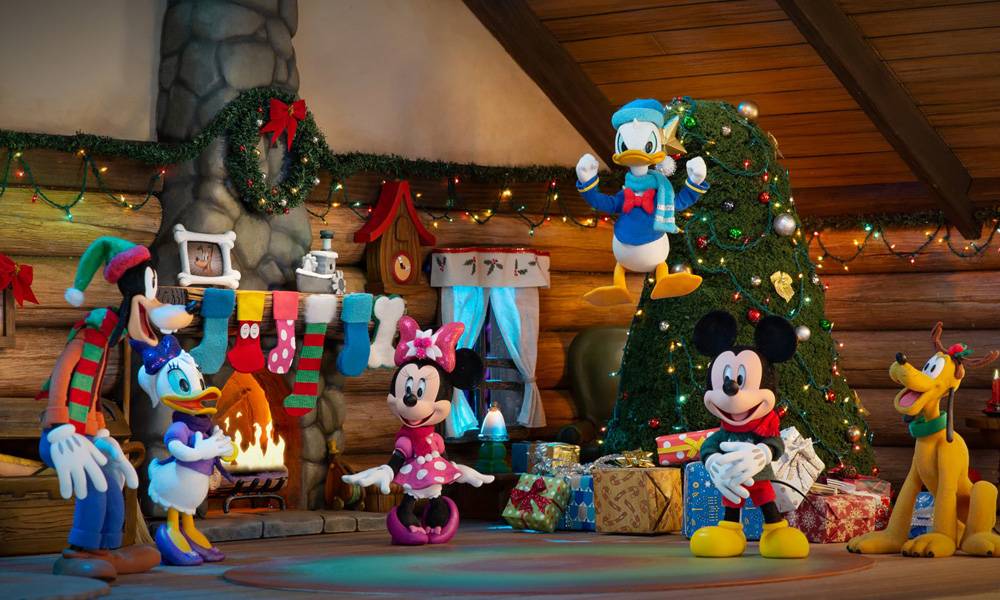 Mickey Mouse and his pals; Minnie, Goofy, Donald, Daisy and Pluto; usher in the holiday cheer in new stop-motion on-air interstitials that begin rolling out on Saturday, November 30 (9:25 a.m. EST) on Disney Junior, with subsequent airings on Disney Channel and DisneyNOW.

A collaboration between Disney Junior and Stoopid Buddy Stoodios (Robot Chicken, Buddy Thunderstruck), the interstitials find the sensational six celebrating the holidays together with a visit to a wintery cabin where they are met with the magic of the season.

The interstitials contain Hidden Mickeys and nods to classic Disney cartoons, such as Steamboat Willie and Pinocchio among many additional Easter Eggs for the eagle-eyed Disney fan.

Mickey and friends can also be seen in Mickey Mouse Mixed-Up Adventures, which airs daily on Disney Channel, Disney Junior and DisneyNOW.