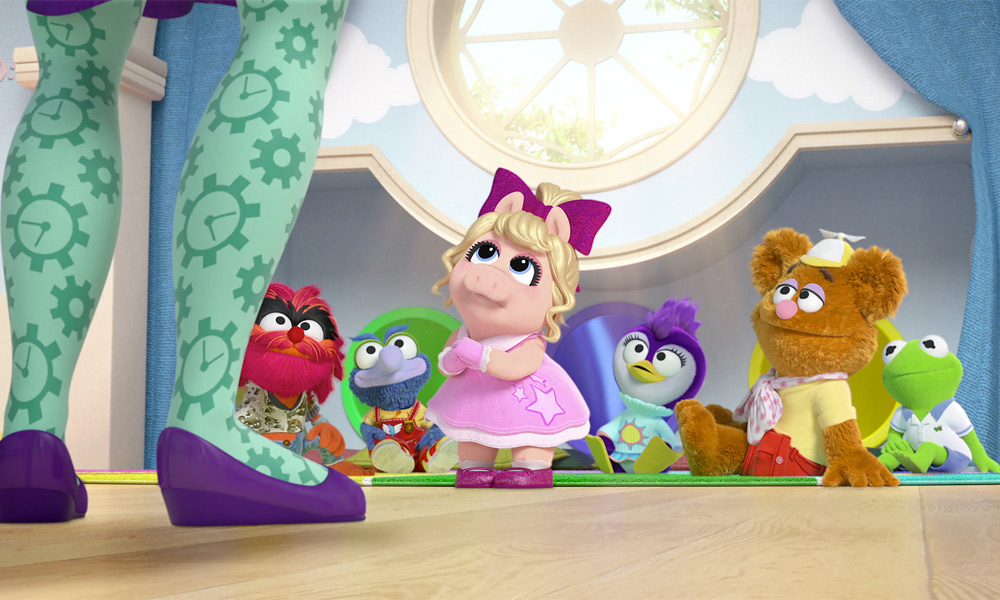 No. 1 preschool TV network Disney Junior has ordered a third season of the hit Emmy Award-nominated Muppet Babies, ahead of its season two premiere. A sneak peek of the new season will be available in DisneyNOW on Friday, August 2, prior to its official debut Friday, Aug. 9 (8:30-9:00 a.m. EDT/PDT), on Disney Channel.

Since its premiere in March 2018, the series; which chronicles the hilarious playroom antics of a young Kermit the Frog, Piggy, Fozzie Bear, Gonzo, Animal and Summer Penguin; has garnered over 140 million views across all social media and digital viewing platforms, and currently ranks as Disney Channel’s No. 1 series among Kids 2-8.

Season two of Muppet Babies will introduce even more beloved Muppets — including brother and sister duo Scooter and Skeeter, Sweetums and Swedish Chef — to the playroom for all-new adventures. Other special guest appearances include Rizzo the Rat’s popstar brother, Vinny, and Mr. Manny, who comes to fill in for Miss Nanny when she goes out for the day.

Based on the original Emmy-winning series, Muppet Babies is executive produced by Tom Warburton (Codename: Kids Next Door). Matt Danner (Gravity Falls), who previously served as co-producer/supervising director, will now serve as co-executive producer and supervising director for season three. He also voices the role of Kermit. Chris Moreno (Xiaolin Chronicles) is co-producer and art director, and Robyn Brown (WellieWishers) is story editor.

The series is a production of OddBot Inc. in association with Disney Junior and The Muppets Studio.

Muppet Babies is featured in the all-new “Disney Junior Holiday Party! On Tour,” debuting Friday, Nov. 1, with several stops at marquee venues across the country throughout the holiday season. Other extensions for the series include multiple storybook and early reader book titles from Disney Publishing, a DVD release from Walt Disney Studios and a soundtrack from Walt Disney Records. Toys, accessories and apparel are available at Disney Store and at shopDisney.com. The full toy line from Just Play, including plush, figures, playsets and role-play, is at retailers nationwide.