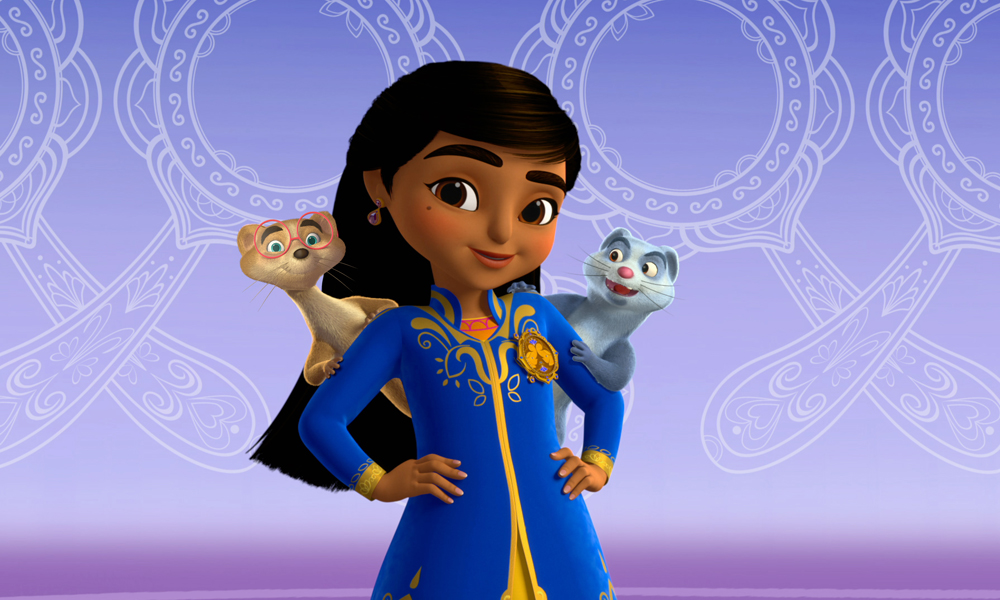 Disney Junior has ordered a second season of Mira, Royal Detective ahead of its spring 2020 debut. The news was announced last night by Joe D’Ambrosia, SVP Original Programming and General Manager, Disney Junior, during a special advance screening of the series in Burbank, California.

Set in the magical Indian-inspired land of Jalpur, the series follows the brave and resourceful Mira, a commoner who is appointed to the role of royal detective by the queen and travels throughout her kingdom to help royals and commoners alike.

“Mira, Royal Detective hasn’t even premiered yet and we have already seen the excitement building for this series featuring a brave and empowered young girl who will stop at nothing to solve a case,” said D’Ambrosia. “To ensure that we have plenty of new mysteries ahead for Mira, we are thrilled to begin production on a second season and can’t wait to introduce her to the world in 2020.”

The series centers on Mira, who, along with her friend Prince Neel, creative cousin Priya, and comical mongoose sidekicks Mikku and Chikku, takes young viewers on adventures that highlight critical thinking and encourage deductive reasoning. Each episode features two 11-minute stories that celebrate the cultures and customs of India by incorporating authentic storytelling, music, food, fashion, language, art and dance.

Emmy Award-nominated Sascha Paladino (Miles from Tomorrowland) is executive producer of the series, which was developed by Becca Topol (Elena of Avalor), who also serves as story editor and co-producer. IW Group’s Shagorika Ghosh Perkins is the series’ cultural consultant and consulting producer. Additional consultants include Bollywood dancer and choreographer Nakul Dev Mahajan (So You Think You Can Dance) and music producer Deepak Ramapriyan (Basmati Blues). Emmy Award nominees Matthew Tishler (Fancy Nancy) and Jeannie Lurie (The Muppets) write and produce the original songs, and Amritha Vaz (Miss India America) serves as composer. The series is produced by Wild Canary in association with Disney Junior, with animation provided by Technicolor India.