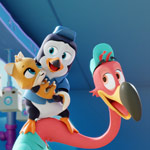 Disney Junior is getting into the spring spirit by announcing it will deliver a bundle of animate joy next year, giving a greenlight to heartfelt comedy T.O.T.S. Created and co-executive produced by Travis Braun (writer: Vampirina, Fast Layne), the series stars adorable stork stand-ins whose adventures in childcare are designed to charm young viewers aged 2-7.

Meet Pip and Freddy, a tenacious penguin and a kind-hearted flamingo — best friends and the only non-stork delivery birds training at the Tiny Ones Transfer Service (T.O.T.S.) As new members of the esteemed team, these junior flyers must take tender care in transferring baby animals – kittens, cubs, calves, bunnies, puppies, joeys and the like – from the nursery to their forever families around the globe. Together, they will learn how to nurture and care for the babies and use creative thinking and problem solving to model for young viewers that there isn’t just one way to achieve a goal.

“Travis has created an imaginative and funny series that features all of the heart and relatable stories that Disney Junior is known for, while also encouraging young viewers to follow their high-flying dreams and recognize that, through teamwork and persistence, anything is possible,” said Joe D’Ambrosia, SVP Original Programming for Disney Junior. 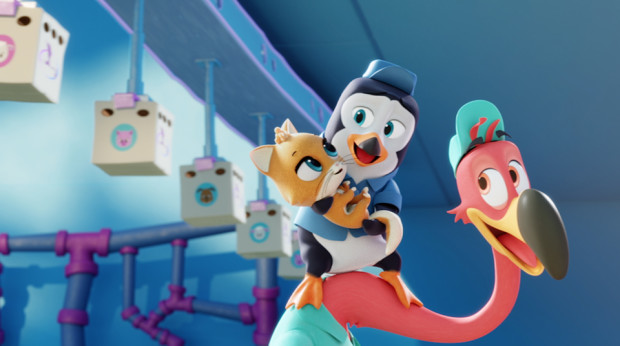