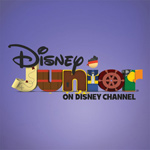 Disney Junior, a 24-hour basic cable/satellite channel created for kids age 2-7 and their parents and caregivers, will launch Friday, March 23 at midnight in the U.S., it was announced yesterday at the TV Critics Assoc. Press Tour in Pasadena, Calif. Disney Junior was introduced as a daily programming block on Disney Channel in February 2010 and, year to year, its ratings are up 26% among Kids 2-5 and 36% among Boys 2-5.

The popular Disney Junior daily programming block will continue on Disney Channel while the new 24-hour channel will fulfill parents’ demands for quintessentially Disney programming throughout the day. The new channel will be available via major cable and satellite providers Comcast, Time Warner Cable, Cablevision, Bright House Networks and Verizon, among others.

Nancy Kanter, Senior Vice President, Original Programming and General Manager, Disney Junior Worldwide, said: “Disney Junior series each have specific curriculum experts and now, to maximize overall learning value, we are deepening our conversation to include a channel advisory council that will share research and knowledge in the world of education and bring important perspectives on innovations in early childhood learning.”

The 24 hour Disney Junior schedule will include daily telecasts of Jake and the Never Land Pirates and Mickey Mouse Clubhouse. It will also introduce the animated series Doc McStuffins at launch, and will feature new editions of the acclaimed short-form series A Poem Is… and a weekend movie block, Magical World of Disney Junior. New interstitials featuring Disney characters, including Sebastian and Flounder from The Little Mermaid, Mrs. Potts and Chip from Beauty and the Beast and pups Lucky and Pepper from 101 Dalmatians are also in the mix. 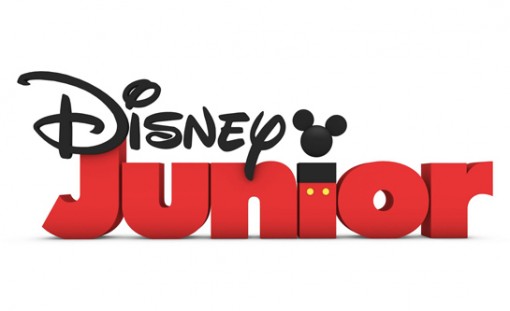 Here are some programming highlights from the official release:

Doc McStuffins. An animated series about a six-year-old girl who communicates with and heals stuffed animals and toys in her backyard clinic. Under the consultancy of the Hollywood Health & Society division of the USC Annenberg Norman Lear Center, the series will highlight the importance of taking care of oneself and others, while showcasing the hallmarks of great Disney storytelling – fantasy and wish fulfillment. Emmy Award-winning writer/producer Chris Nee (Little Bill and Deadliest Catch: Crab Fishing in Alaska) is the creator and executive producer, and Emmy Award-winning Norton Virgien (Rugrats) is the director. Doc McStuffins is a production of the Dublin, Ireland-based Brown Bag Films (two time Oscar nominee for Granny O’Grimm and Give Up Yer Aul Sins“). DisneyJunior.com will debut a “Doc McStuffins” supersite featuring an interactive clinic where kids can assist Doc in nurturing toys back to health.

A Poem Is… — Laura Linney, Viola Davis, John Leguizamo, Jessica Alba, Owen Wilson and Liev Schreiber are among the narrators of the second season of the acclaimed short-form series designed to introduce young children to the beauty of a poem.

Magical World of Disney Junior. A weekend movie night featuring telecasts of Disney’s vast array of classic and contemporary movies, including Beauty and the Beast, Bambi, Dumbo, The Princess and the Frog, Cars, Toy Story 2, Monsters, Inc. and Aladdin. among others.

Gaspard and Lisa. The adventures of two best friend puppies as they experience the wonders and challenges of school and family life in their Paris neighborhood. Based on the books by Anne Gutman and Georg Hallensleben, the show is produced by Chorion.

In addition to current shows such as Jake and the Never Land Pirates, Mickey Mouse Clubhouse, Little Einsteins, Handy Manny and Special Agent Oso, the channel will also present viewer favorites from the past, Higglytown Heroes, Stanley, JoJo’s Circus and Rolie Polie Olie, among others.

Other upcoming shows includes Sofia the First, a television movie and series introducing a new little girl princess with stories designed to communicate positive messages and life lessons that are applicable to preschool-aged children; and Oki’s Oasis, the first western for preschoolers, starring actress and singer-songwriter Mandy Moore as the voice of Oki, a kitty cat sheriff who ensures that the town of Nice and Friendly Corners remains the friendliest town in the West.