Guru Studio and Disney have announced a new deal for Guru’s 26 x 11 preschool series Justin Time, which will see the show licensed to Disney Junior channels in Australia, New Zealand, Germany and Italy. Justin Time launched on the new Australia and New Zealand channels this June, with Italy and Germany set to debut the show in fall. The series will also begin airing on Discovery Kids Latin America, Discovery Familia in the U.S. and Finland’s YLE next year.

Launched at MIPCOM  2010, Justin Time is created and developed by Brandon Scott, Frank Falcone and Mary Bredin and follows the action-packed, history-based adventures of Justin and his imaginary friends Squidgy and Olive. Award-winning animation producer Guru Studio (The Backyardigans, Guess with Jess, The New Adventures of Badou) is beginning work on season two, which will bring the series up to 52 x 11 by 2012.

“Disney Junior are the perfect partner for Justin Time—we’re delighted that they have joined the Justin Time team and believe the series has fun storytelling that their audience expects,” said Guru VP Mary Bredin, “Disney Junior will allow preschoolers across the world to watch Justin Time and learn that the world is a fun, interesting and vibrant place!” 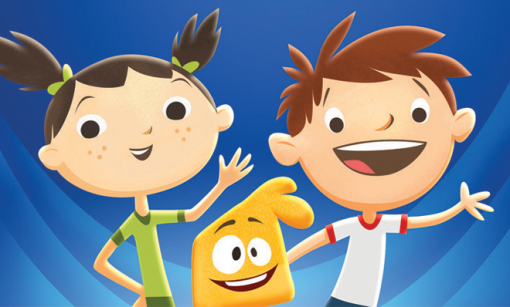 Patricia Hidalgo, VP – Content and Programming Strategy for Disney Channels EMEA noted, “Justin Time is fun story telling full of adventure and friendship; these elements are very important to our Disney Junior audiences and we are very excited to have this show be part of our channel’s line up for both Italy and Germany.”