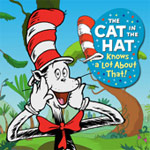 On the heels of the MIPCOM market in France, Portfolio International has announced the sale of the second season and holiday special of their hit preschool series The Cat in the Hat Knows a Lot About That! To Disney Junior’s Australia and Italy channels. Along with Treehouse (Canada), PBS (U.S.) and CBC (Canada), Disney Junior Australia and Italy have picked up all 20 episodes of season two, plus the one-hour holiday special which Treehouse and PBS have also opted for.

“The Cat in the Hat Knows a Lot About That! continues to perform exceedingly well in all territories where it originally launched, and we are delighted to count on the continued support from one of the world’s most respected family entertainment providers – Disney Junior International,” said Louis Fournier, Vice President Sales & Acquisitions, Portfolio Entertainment.

Pre-MIPCOM buzz about the greenlighting of season two and a new holiday special sparked a flurry of sales activity for Portfolio, with a raft of deals currently in the works for a number of global territories. 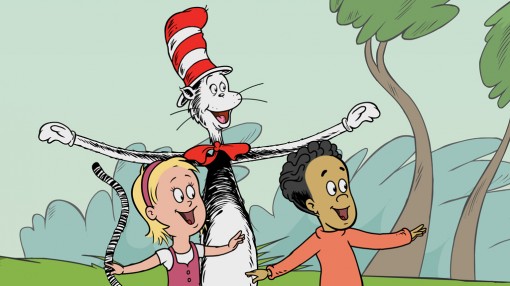 The Cat in the Hat Knows a Lot About That!

Voiced by award-winning actor Martin Short, Cat in the Hat is a top ranking series on both Treehouse and PBS KIDS and currently airs in over 80 countries. Interstitials and an accompanying online gaming are also available. The series is based on the popular book by Dr. Seuss and blends fun and educational lessons into the adventures of Cat, his human pals Nick and Sally and Thing One and Thing Two in the natural world. The show is produces by Portfolio Entertainment and Collingwood O’Hare Production, is a co-production of PBS and Treehouse in association with Dr. Seuss Enterprises and Random House Children’s Entertainment, with the financial participation of the Canadian Media Fund, the Shaw Rocket Fund, and the Government of Canada.