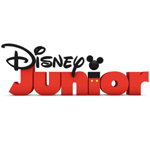 The new animated series Jake and the Never Land Pirates will kick off the Feb. 14 debut of Disney Junior, the new multiplatform block aimed at kids ages 2-7.

Other new series the block — which will be featured from 4 a.m. to 2 p.m. ET/PT and 4-9 a.m. weekends on Disney Channel — will feature include Babar and the Adventures of Badou and Tinga Tinga Tales.

The announcement was made by Gary Marsh, president of entertainment and chief creative officer of Disney Channels Worldwide, at the Television Critics Association press tour in Pasadena.

Disney Junior’s animated and live action programming will blend Disney’s unparalleled storytelling and beloved characters with learning components, including early math and language skills, as well as healthy eating and lifestyles, with an emphasis on social and emotional development.

Marsh said: “Disney Junior will be an entry point into the world of Disney for young kids, creating a world – online and on-air – that captures the magic of Disney and its classic heartfelt storytelling and timeless characters beloved by generations.”

DisneyJunior.com, an engaging, learning-focused Disney destination for kids age 2-7 and their parents, accompanies the television launch. The site will feature storybooks narrated by popular Disney characters, activities that encourage creativity, over 150 full-length episodes of “Mickey Mouse Clubhouse,” “Handy Manny,” “Special Agent Oso” and “Imagination Movers,” and a wide array of 90 games featuring characters from Disney Princesses, “Toy Story” and “Cars,” among other Disney favorites. The site will also debut a “Jake and the Never Land Pirates” supersite, featuring adventure-themed games including “Jake’s Treasure Hunt,” where users help Jake and crew find hidden treasure and escape from Captain Hook, and “Izzy’s Flying Adventure,” where players use Pixie dust to help Izzy and the gang fly off to stop Captain Hook, who has stolen their treasure. A dedicated section for parent and caregivers will highlight character-inspired recipes, crafts and party planning tips and ideas, along with how-to videos.

“Jake and the Never Land Pirates” is a new animated adventure series that introduces a crew of kid pirates – leader Jake and pals Izzy and Cubby – and follows their Never Land adventures as they work to outwit two infamous characters, the one and only Captain Hook and Smee, from Disney’s classic “Peter Pan.” The series, which emphasizes teamwork, features original pirate rock music performed by The Never Land Pirate Band. Many of the key creative professionals behind Disney’s #1 series for preschoolers, “Mickey Mouse Clubhouse,” are at the helm of “Jake and the Never Land Pirates.” Rob LaDuca executive-produces, with Mark Seidenberg serving as producer/story editor, Kelly Ward as voice director and Howy Parkins directing the series. It is a production of Disney Television Animation.

“Mickey Mousekersize,” a new short-form series part of Disney’s Magic of Healthy Living initiative is hosted by Mickey Mouse and focuses on the fun of exercising, encouraging children at home to get up and move along with Mickey and pals.

“A Poem Is…” is a short-form animated series showcasing poems for children set to scenes and imagery from classic Disney films including “Dumbo,” “Bambi” and “Lady and the Tramp.” Narrated by Katie Holmes and Jennifer Garner, the series is designed to cultivate fond memories of Disney classics for parents and create new ones for kids by introducing young children to the beauty of a poem.

“Babar and the Adventures of Badou” is an updated version of the classic “Babar” series and introduces King Babar’s energetic eight-year-old grandson, Badou, and friends as they explore the world of Celesteville.

“Tinga Tinga Tales” is a vibrant animated adventure series inspired by traditional African animal folktales and the art of Tanzania.

The premiere schedule is as follows:

The newly branded, learning-focused Disney Junior reflects the emotional connection generations of consumers have to Disney storytelling and Disney characters, both classic and contemporary. Beginning in early 2011, Disney Junior will be available on basic cable in more than 99 million U.S. homes (via a daily block on Disney Channel) and to millions of other viewers on 25 Disney Junior channels (fka Playhouse Disney channels) and free-to-air broadcast partners around the world. It is also seen via subscription video-on-demand and a broadband website, DisneyJunior.com. In 2012 Disney Junior will also debut as a basic cable and satellite channel in the U.S. Disney Junior’s programming invites mom and dad to join their child in the Disney experience of magical, musical and heartfelt stories and characters, while incorporating specific learning and development themes designed for kids age 2-7. Disney Junior’s animated and live action series blend Disney’s unparalleled storytelling and characters kids love deeply with learning, including early math, language skills, healthy eating and lifestyles, and social skills.

You may also like...
Related Topics:Babar and the Adventures of Badou, Disney Channel, Disney Junior, Jake and the Never Land Pirates, Tinga Tinga Tales