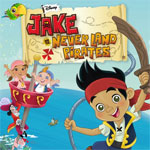 Disney Junior has ordered a a third season of its popular animated series Jake and the Never Land Pirates, bringing the episode tally to 100. Produced by Disney Television Animation, the series airs daily during Disney Channel’s Disney Junior programming block and will also be featured on the new 24-hour Disney Junior channel that is set to launch in the U.S. on Friday, March 23, 2012. Jake is the cabler’s #1 series and cable TV’s #1 show among boys 2-5.

The series revolves around a crew of kid pirates – leader Jake and pals Izzy and Cubby – and follows their Never Land adventures as they work to outwit two infamous characters, the one and only Captain Hook and Mister Smee, from Disney’s classic Peter Pan. The stories emphasize teamwork and features original pirate rock music performed by Sharky and Bones of The Never Land Pirate Band.

“The series is connecting with kids on every level and brings them closer to characters they’re already familiar with and introduces them to new, original characters they have made their friends,” says Nancy Kanter,  Senior VP of original programming and general manager at Disney Junior Worldwide. “The storytelling is adventurous and heartfelt and embeds the kind of learning that we know is important to parents.” 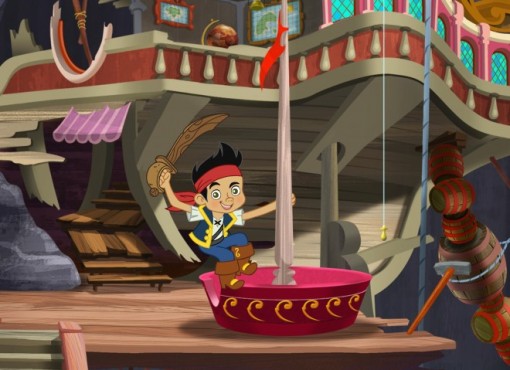 In addition to the animated TV series, Jake and the Never Land Pirates is featured in the Disney Junior – Live on Stage! attraction at Disney Parks & resorts, as well as in Disney Junior magazine, and has its own soundtrack and DVD from Disney Studios, with show specific products from Disney Consumer Products set to launch in spring 2012.

Jake and the Never Land Pirates is exec produced by industry veteran Rob LaDuca, produced and story edited by Mark Seidenberg and directed by Howy Parkins.