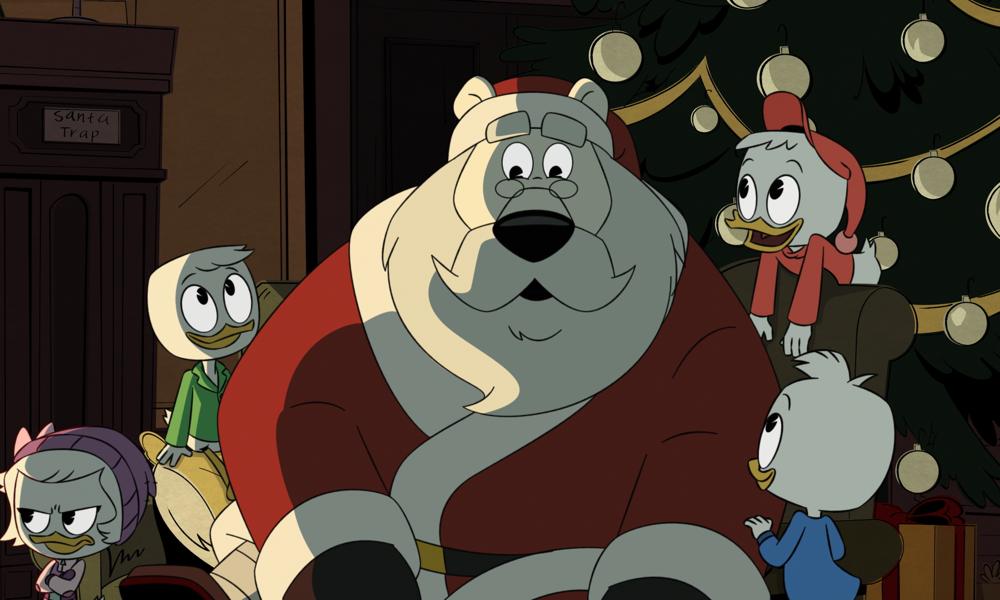 Further celebrating the season, DisneyNOW will present a collection of new and existing holiday-themed episodes, movies and short-form content beginning Friday, November 27. Also included in DisneyNOW are holiday-themed levels of favorite games launching Tuesday, December 1 and a new Mickey’s Holiday Party mini-game debuting each day throughout the month of December. 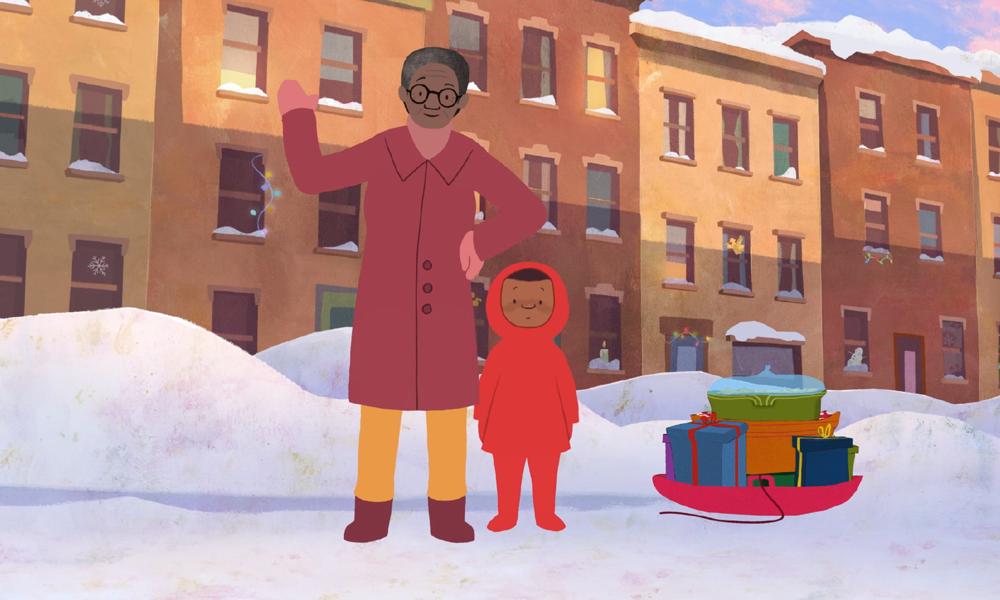 8:55 a.m. ET/PT (Disney Junior) Snowsnaps – “Gone to the Dogs” (Short-form) Violet and Tomas challenge Kiki and Sami to a dogsled.

11:00 a.m. ET/PT (Disney Junior / DisneyNOW) Vampirina – “The Fright Before Christmas” / “Scared Snowman” In the first story of the episode, Vampirina plans a spooky scare in the hopes of attracting Spooky Claus so that her family can enjoy a festive Transylvanian Christmas. Then, when the Abominable Snowman arrives at the Scare B&B after a big snowstorm, Vee and her friends help him overcome his fears. Chris Sullivan (This Is Us) guest stars as Steve, the Abominable Snowman. 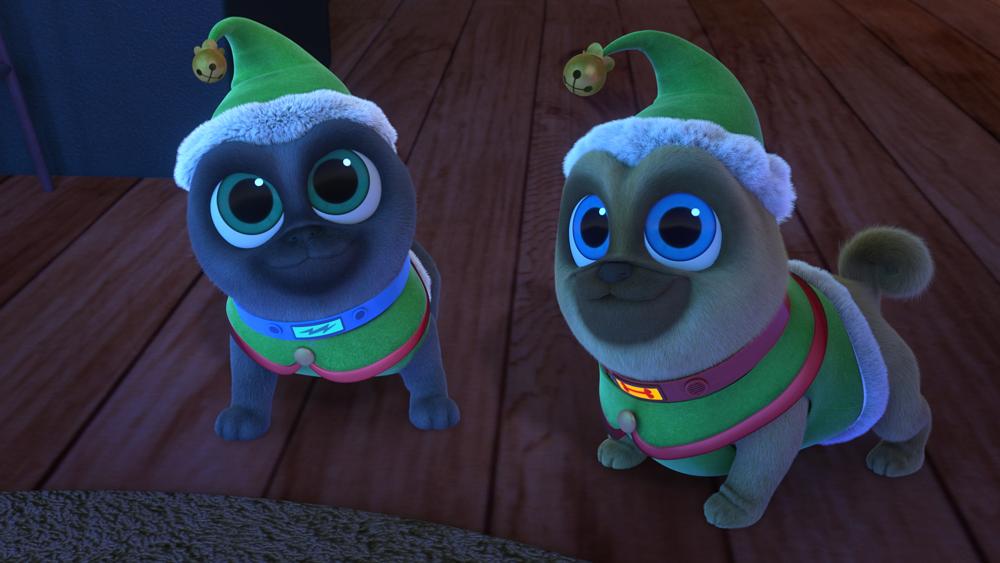 9:00 a.m. ET/PT (Disney Channel / DisneyNOW) Puppy Dog Pals – “A Christmas Mission in Toyland” / “Nine Lights Tonight!” In the first story, Auggie and Mo help recite their nap time Christmas story when the pages of their book go missing. In the second story, Bingo and Rolly go on a mission to help Santa and Mrs. Claus replace the lights on their friend’s Hanukkiah. Henry Winkler (Happy Days) returns as Santa.

11:00 a.m. ET/PT (Disney Channel) The Snowy Day Based on the award-winning book by Ezra Jack Keats. Peter goes on a magical, snowy walk to his Nana’s house to bring home their Christmas Eve dinner.

7:00 p.m. ET/PT (Disney Junior / DisneyNOW) Piney: The Lonesome Pine A cheerful girl grows a talking pine to be her Christmas tree, but when he’s accidentally removed from her grandfather’s Christmas tree farm, the family dog leads him on a journey across the countryside while the girl and her grandpa search to get them home before Christmas. 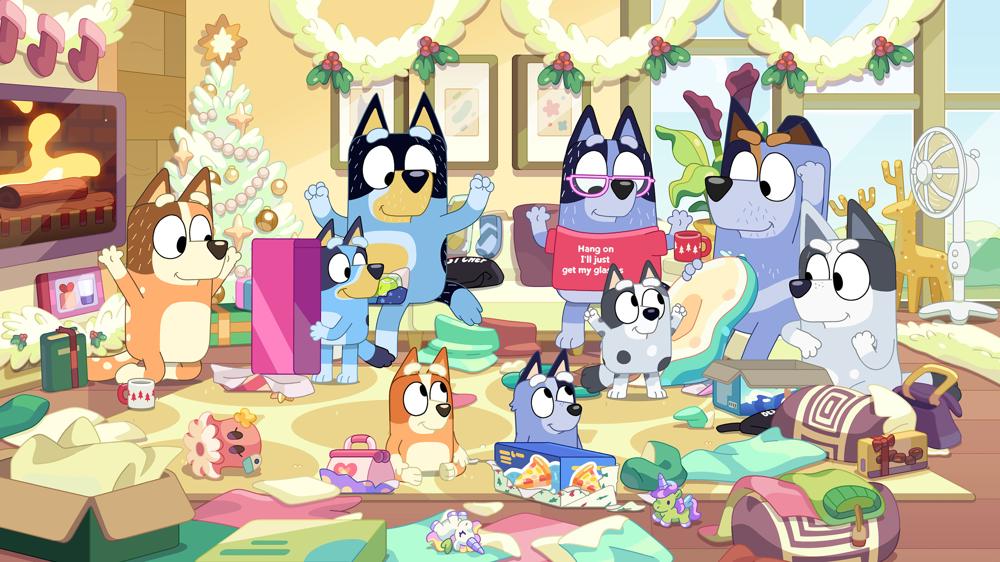 10:30 a.m. ET/PT (Disney Channel / DisneyNOW) Bluey – “Christmas Swim” Bluey gets a new teddy for Christmas and introduces him to the whole family. But the family play too rough with him and now he wants to go home. Until Frisky convinces him to stay. The new story will be accompanied in this compilation special by:

11:00 a.m. ET/PT (Disney Junior / DisneyNOW) Vampirina – “New Century’s Eve” / “Bridget to the Brave” In the first story of the episode, Vampirina and her family celebrate New Century’s Eve and learn that following their resolutions is harder than they thought. Then, Bridget finds a spell book in the attic and accidently casts a spell that makes her fearsome instead of fearless.

12:00 p.m. ET/PT (Disney Junior / DisneyNOW) Fancy Nancy – “New Year’s Nancy” / “Nancy’s Gift to Grandpa” In the first story of the episode, Nancy wants to stay up until midnight on New Year’s Eve, but finds that staying awake is harder than she thought. Then, to cheer up Grandpa on a wintry day, Nancy draws a masterpiece in chalk on the driveway. Kal Penn and Aparna Nancherla (both from Disney’s Mira, Royal Detective) return as Mr. and Mrs. Singh. George Wendt (Cheers) returns as Nancy’s Grandpa.