The series — introduced last month in a Disney Channel movie that posted commanding ratings among Kids 2-5 and Total Viewers — continues the The Lion King story. It follows the adventures of Kion, the second-born cub of Simba and Nala, and his diverse group of friends, each with a unique skill, as they unite to protect the Pride Lands.

A full-length preview episode titled “The Rise of Makuu” will be available Dec. 14 on WATCHDisneyJunior.com, the WATCH Disney Junior app and iTunes.

Each episode of The Lion Guard incorporates Swahili words and phrases and includes original songs. The education and science experts at Disney’s Animal Kingdom theme park serve as consultants, inspiring original stories based on their first-hand experiences, and advising on the characteristics, behaviors and habitats of various African animal species.

Joining the cast, which includes Rob Lowe and Gabrielle Union as Simba and Nala, and Max Charles as Kion, are recurring guest stars Blair Underwood (ABC’s Marvel’s Agents of S.H.I.E.L.D.) as Makuu, leader of the crocodiles and one of the Lion Guard’s main villains; Ana Gasteyer (ABC’s The Goldbergs) as Reirei, a clever and scheming jackal who wreaks havoc in the Pride Lands; and Maia Mitchell (ABC Family’s The Fosters) as Jasiri, a friendly hyena who rescues Kion and helps him face off against Janja and the rest of the hyenas. Jason Marsden, Andy Dick and Lacey Chabert reprise their roles as Kovu, Nuka and Vitani, respectively, from The Lion King II: Simba’s Pride in an upcoming episode.

Ford Riley (Special Agent Oso) is the executive producer.  Howy Parkins (Jake and the Never Land Pirates) is supervising director. Christopher Willis (Mickey Mouse) is the composer and Beau Black (Miles from Tomorrowland) is singer/songwriter. Author and Swahili expert Sarah Mirza is the language and cultural advisor. The Lion Guard is a production of Disney Television Animation. 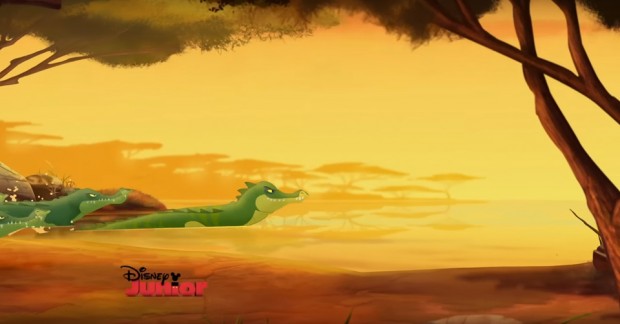 The Lion Guard: The Rise of Makuu