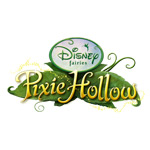 Get ready for a new special featuring Tinker Bell and her other Fairy friends as Disney Channel premieres Pixie Hollow Games this fall. The special, which is part of the successful Disney Fairies franchise, features Brenda Song, Jason Dolley, Tiffany Thornton and Zendaya as the new fairies and sparrow man who join Tinker Bell and her fairy friends to participate in the legendary Pixie Hollow Games. Megan Hilty also stars as Rosetta.

The special is executive-produced by Academy Award winner John Lasseter and directed by Disney veteran Bradley Raymond (The Lion King 1 ½, Tinker Bell, Tinker Bell and the Great Fairy Rescue). The half-hour adventure finds  the Pixie Hollow residents preparing for  the  three-day Olympic-style competition event, which culminates with one fairy guild being named champion of the Games. Determined not to let the garden fairies’ history of not performing well at the Games get to her, newcomer Chloe (voiced by Brenda Song) works to convince all of the other garden fairies that they must work together and dig down deep to break their well-known losing streak. 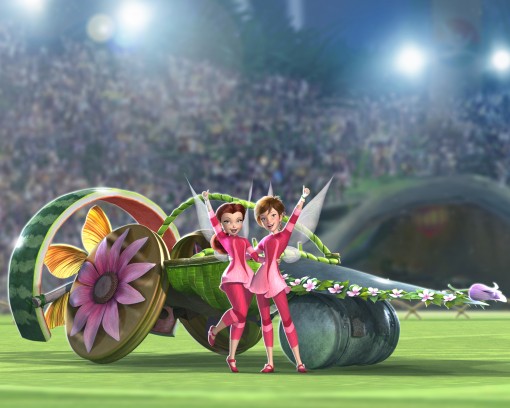 Disney also plans to promote the special at this week’s big D23 fan expo in Anaheim. Tinker Bell will be joined by Brenda Song, Jason Dolley and Tiffany Thornton at the Walt Disney Studios Animation Pavilion on Friday, August 19 at 4 p.m. Director Raymond and producer Helen Kalafatic will meet fans and talk about the new animated special on the expo floor in front of the Disney Fairies booth.

In addition, the virtual world of Pixie Hollow (pixiehollow.go.com) will host and celebrate the Games with the “How Will You Train?” art contest. The contest, which runs from August 16 to September 6, invites Disney Fairies fans to draw and share how they will train for the Pixie Hollow Games, with the grand prize winner receiving the ultimate viewing party kit (which includes a TV, Blu-ray/DVD player, a Tinker Bell DVD collection, party supplies, and more)  To enter the  art contest, fans can submit their art either by U.S. Mail or by Internet via http://pixiehollow.go.com/contests_home.html.