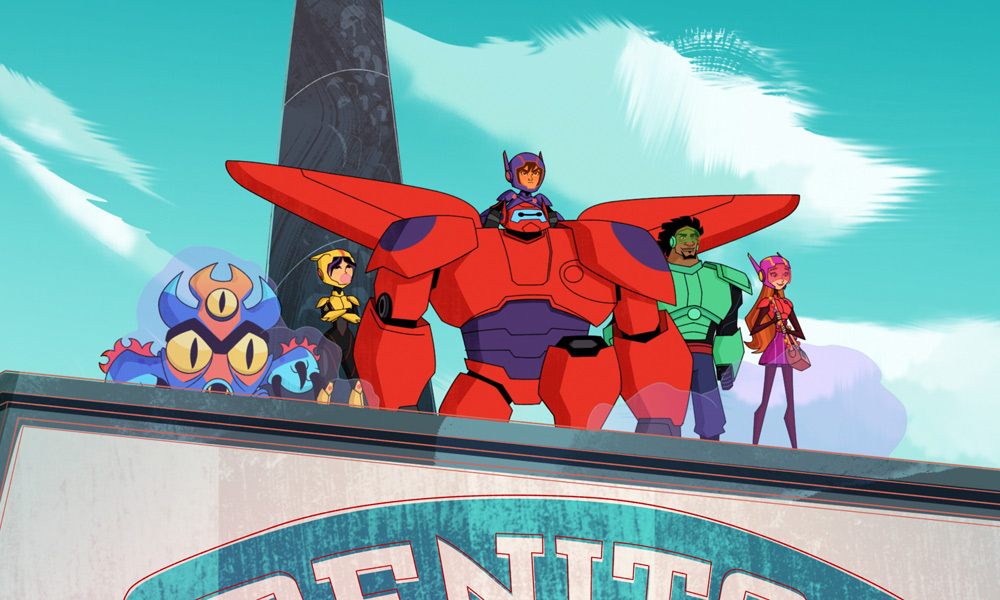 Disney Channel has ordered a third season of the Emmy Award-nominated animation Big Hero 6 The Series ahead of the season two premiere on Monday, May 6 at 3:30 p.m. EDT/PDT. New episodes will continue to roll out weekdays on Disney Channel through May 17. Episodes will also be available the same day on DisneyNOW.

A trio of shorts, illustrated in a watercolor style and featuring Baymax and Mochi, will begin to roll out on Tuesday, May 7, across Disney Channel, DisneyNOW and Disney Channel YouTube.

Based onDisney’s Academy Award-winning animated feature, Big Hero 6 The Series continues the adventures and friendship of 14-year-old tech genius Hiro, his compassionate, cutting-edge robot Baymax and their friends Wasabi, Honey Lemon, Go Go and Fred as they form the legendary superhero team Big Hero 6 and embark on high-tech adventures as they protect their city from an array of scientifically enhanced villains. In his normal day-to-day life, Hiro faces daunting academic challenges and social trials as the new prodigy at San Fransokyo Institute of Technology.

Season two finds Hiro and the Big Hero 6 team in upgraded super suits as they take on a variety of innovative villains, bio-engineered monsters and high-tech robots.